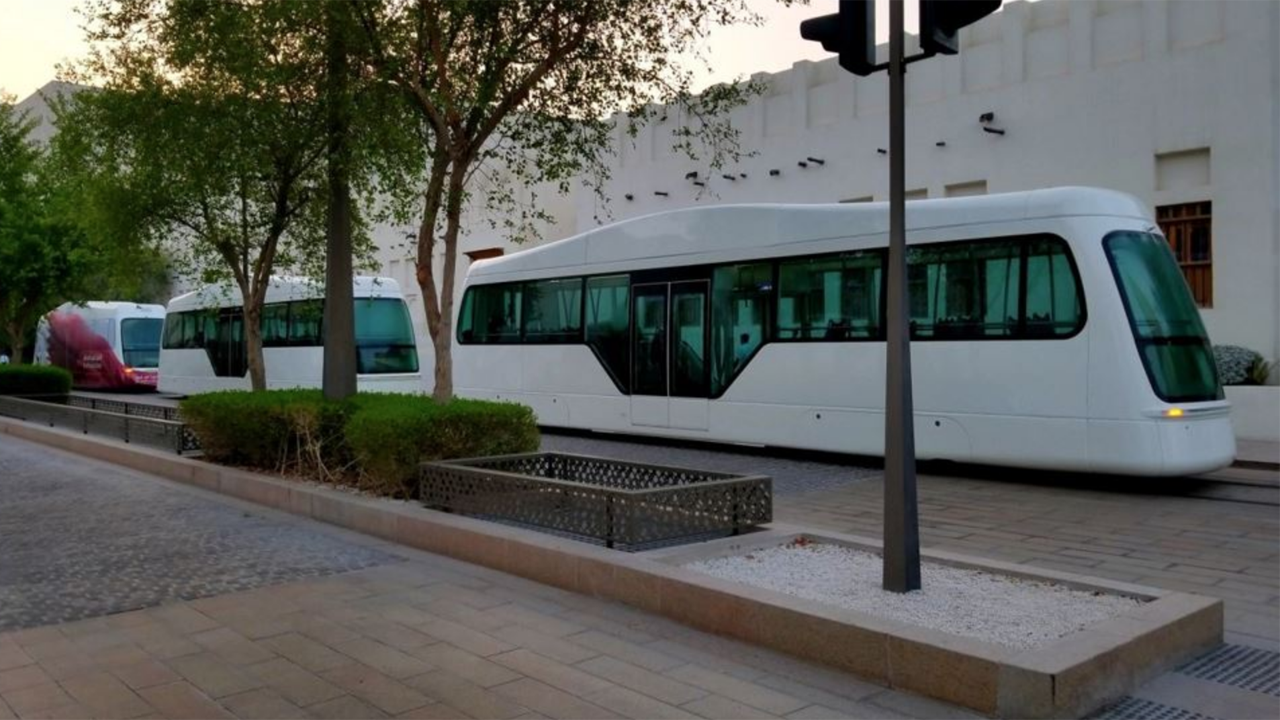 SARTA is holding public meetings this month and next to discuss a proposed 9.8-mile, 8-station streetcar project that would link downtown Canton, Ohio, with the Akron-Canton Airport. (Rendering Courtesy of SARTA)

MARTA and the city of Brookhaven have finalized agreement for a new City Hall to be built on MARTA-owned property adjacent to the Gold Line rail station in DeKalb County. The 1.24-acre property on Peachtree Road is currently used for long-term parking, which will be relocated to the eastern side of the station; Americans with Disabilities Act (ADA) accessible spots will be moved closer to the rail station entrance along Peachtree. The ground lease agreement states Brookhaven will lease the almost $3 million property for 50 years before purchasing, MARTA reported.

Brookhaven will oversee planning, financing and construction of the building. A construction timeline has not yet been determined.

“MARTA is excited to partner with Brookhaven to establish a transit-supportive City Hall, one of only a few in this country located at a rail station,” MARTA interim General Manager and CEO Collie Greenwood said. “This project will inspire future development around the station, increase ridership, and improve pedestrian and bicycle connectivity.”

“This is the result of a collaboration with MARTA, which has been ongoing for five years,” Brookhaven Mayor John Ernst said. “We were all seeking a transit-friendly live-work-play solution that meets the current and future lifestyle needs of residents and our greater regional community. I am looking forward to continuing the partnership with MARTA as we create a permanent City Hall.”

The Ottawa Light Rail Transit Public Inquiry is looking into the commercial and technical circumstances that led to breakdowns and two derailments last summer/fall on Stage 1 of the Ottawa LRT project; one derailment led to a system-wide shutdown for nearly two months.

The inquiry will run to July 8 at the University of Ottawa’s Faculty of Law – Common Law Section. Testifying will be witnesses from Infrastructure Ontario, the city of Ottawa, Alstom Transport Canada, Rideau Transit Group, OLRT Constructors, Thales Canada, STV Inc., and TUV Rheinland/ISA, among other agencies.

The Ontario government in December 2021 appointed William Hourigan as Commissioner to lead the inquiry. Hourigan—who has served as a judge of the Ontario Superior Court of Justice and Court of Appeal—is charged with delivering a report of the findings, conclusions and any recommendations to the Minister of Transportation by the end of August.

The Ontario government committed up to C$600 million toward the Stage 1 project, the Confederation Line, which officially launched in 2019. It spans 7.8 miles and includes 13 stations. The province will also provide the city of Ottawa with up to C$1.2 billion to build Stage 2, which comprises three extensions adding 27.3 miles of new track and 24 new stations.

SARTA is holding public meetings this month and next to discuss a proposed 9.8-mile, 8-station streetcar project that would link downtown Canton, the Pro-Football Hall of Fame and Hall of Fame Village, Belden Village area, and Akron-Canton Airport. (An online survey is also available.) Most of the route would use former Wheeling and Lake Erie Railroad track that runs along West Branch Nimishillen Creek and I-77, between downtown Canton and the Summit County Line (see map above). SARTA said the line, currently owned by Akron METRO RTA, supports two freight trains per week, and “could be used by streetcars with only minimal improvements.” One mile of new streetcar track would be built to cross the downtown area, with a second mile added to connect from where the rail line crosses Mt. Pleasant Road, at the Stark County Line, to Akron-Canton Airport. The proposed line would allow riders to transfer to and from SARTA buses.

SARTA said its “consultants are now analyzing the feasibility of the proposed project, estimating the project’s costs, the number of riders it would attract, and other potential impacts and benefits.” Results and next steps will be reported during public meetings in September, according to the agency.