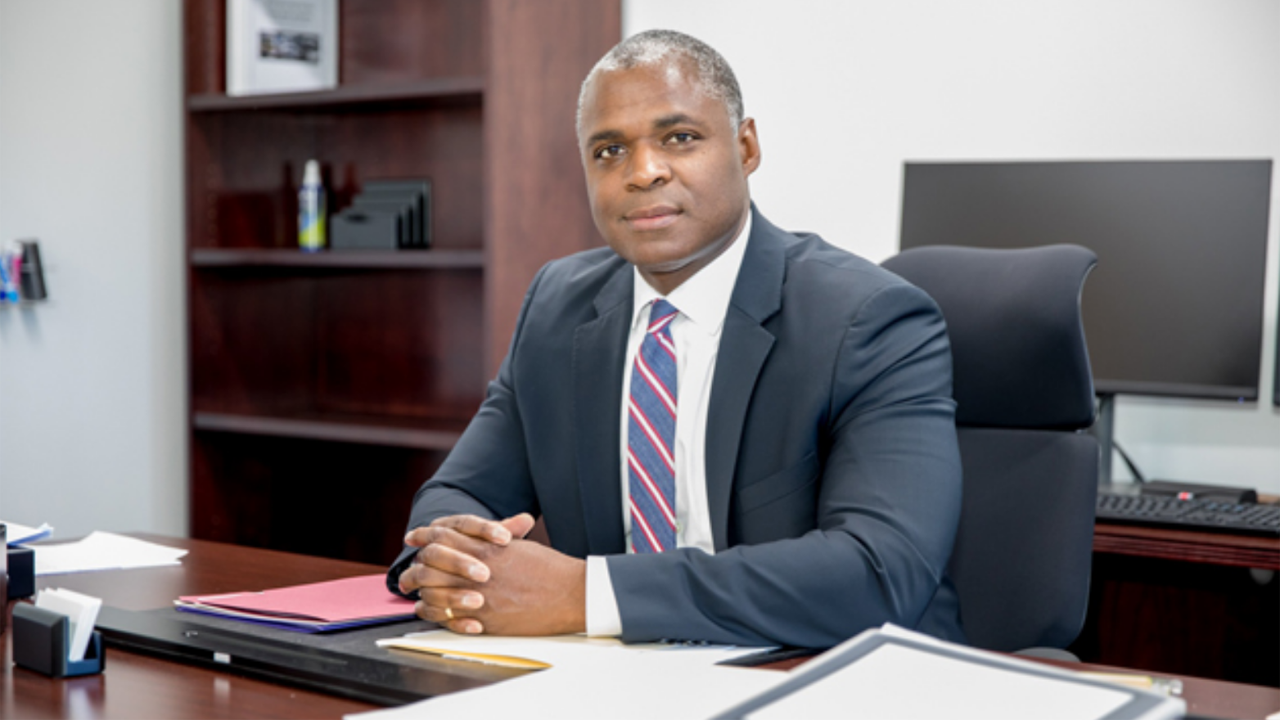 “Since arriving at MARTA, Collie [Greenwood, pictured,] has shown a tremendous knowledge of transit and capacity for leadership and innovation, while always keeping the customer front and center,” MARTA Board Chair Rita Scott said. “His rapid promotion to second-in-command demonstrated his ability to do the job well, and his steady, skilled leadership this year has further demonstrated that he is the best person to lead us as we navigate a post-pandemic world and embark on an historic enhancement and expansion program.”

Metropolitan Atlanta Rapid Transit Authority (MARTA) will later this month confirm the appointment of Collie Greenwood as General Manager/CEO. Also, the Ontario government on Oct. 6 marked the start of construction on the Confederation GO station in Hamilton, part of Metrolinx’s GO Expansion program; and San Francisco Municipal Transportation Agency (SFMTA) explains Proposition L and why voters should approve it on Nov. 8.

MARTA on Oct. 6 reported that the Board of Director’s GM/CEO Search Committee voted to advance interim GM/CEO Collie Greenwood as the sole finalist for the permanent position. It said Georgia state law requires a 14-day waiting period before the MARTA Board can vote to confirm his selection and extend an official offer of employment.

Krauthamer & Associates conducted a nationwide search, and identified 11 candidates with varying backgrounds in transportation and other business sectors. “The Search Committee, chaired by MARTA Board Chair Rita Scott, interviewed five candidates and concluded that Mr. Greenwood is the best fit for MARTA,” reported the transit agency, which said the GM/CEO Search Committee will bring Greenwood’s nomination to the full MARTA Board in a specially called meeting later this month.

Greenwood has been leading MARTA on an interim basis since Jan. 15, following the death of Jeffrey A. Parker.

Greenwood joined MARTA in 2019 as the head of Bus Operations and was promoted to Deputy General Manager of Operations in January 2021, responsible for overseeing all bus and rail operations and helping to develop and deliver major capital projects, including the procurement of new rapid transit cars and the addition of electric buses to MARTA’s fleet. He is the former Chief Service Officer at Toronto Transit Commission.

“Since arriving at MARTA, Collie has shown a tremendous knowledge of transit and capacity for leadership and innovation, while always keeping the customer front and center,” Rita Scott said. “His rapid promotion to second-in-command demonstrated his ability to do the job well, and his steady, skilled leadership this year has further demonstrated that he is the best person to lead us as we navigate a post-pandemic world and embark on an historic enhancement and expansion program.”

Ontario government officials on Oct. 6 announced that construction will start on the Confederation GO station in Hamilton, a project slated to “help reduce gridlock and connect more people to jobs, housing and transit in one of the fastest-growing regions in the province.” Completion of the long-delayed C$50 million project is anticipated by 2025, according to a CBC report.

The Confederation GO station will include an accessible island platform with canopies, pedestrian tunnel, 15-vehicle passenger pick-up and drop-off area, and direct stair access from Centennial Parkway. Commuters will also have access to approximately 150 additional parking spaces. Work with CN is still under way, the government said, for access to the corridor west of Burlington GO station needed for further service expansion into Hamilton.

CBC reported that “[t]he station’s opening has been plagued with delays as Metrolinx and local MPPs have tried to work with Canadian National Railway (CN), which controls much of the rails heading into Hamilton, and the rail corridor from downtown Hamilton to the new Stoney Creek station. In that time, the cost has ballooned from a reported [C]$35 million in 2019 to [C]$50 million now.

“It’s unclear why the cost has gone up, though [Premier Doug] Ford [who participated in the Oct. 6 announcement] mentioned inflation has increased the cost of labour and materials across the supply chain.

“James Schick, the senior manager of line extensions at Metrolinx, said there will be two tracks off the main line that cross over Kenora Avenue, run through the station and connect to the main line just after the bridge.”

An estimated 122,500 people and 63,900 jobs are expected to be located within three miles (five kilometers) of Confederation GO Station by 2041, according to the government, which noted that the station will provide connections to existing local transit and GO bus services, while facilitating future increased GO rail service opportunities to Toronto and Niagara Falls.

“The new Confederation GO Station is part of Metrolinx’s GO Expansion program, which will bring us even closer to a more connected Greater Toronto and Hamilton Region,” Metrolinx President and CEO Phil Verster said during the announcement. “Building better connections to and from Hamilton is a top priority for Metrolinx—we’ve already increased GO train and bus services to this area, we’re building the Hamilton LRT, and we look forward to continuing to offer Hamilton new ways to move.”

San Francisco, Calif., voters on Nov. 8 will decide whether to continue a half-cent transportation sales tax that has been funding city and county transportation projects since it was first enacted in 1989. “Proposition L is not a tax increase but does require a two-thirds majority vote to pass,” according to SFMTA. “The half-cent sales tax is administered by the San Francisco County Transportation Authority (SFCTA). Proposition L would approve a new 2022 Transportation Expenditure Plan for how these funds will be spent for the next 30 years.”

SFMTA said the 2022 Transportation Expenditure Plan would fund projects in these categories:

“In previous years, the sales tax has funded projects large and small, some of the well-known ones being the Salesforce Transit Center; the electrification of Caltrain (anticipated to be done in 2024); Muni Central Subway; and reconstructing Doyle Drive, now known as Presidio Parkway,” SFMTA reported. “It has also funded smaller projects like traffic calming; street repaving; protected bike lanes; new and upgraded signals; and, during the pandemic, taxi rides home for essential workers.

“To compete for federal and state grants, such as the funds in last year’s federal Bipartisan Infrastructure Law [also known as the Infrastructure Investment and Jobs Act], San Francisco needs local funds that match the money from the grant. The sales tax funds are our main source of these matching funds. On average, we’ve leveraged every dollar in half-cent sales tax funding to attract $4-$7 in additional funding from federal, state or other sources.

“If Measure L does not pass, the half-cent transportation sales tax will continue to be collected until March 2034. However, the money can only be spent on projects that were included in the Transportation Expenditure Plan from 2003.”