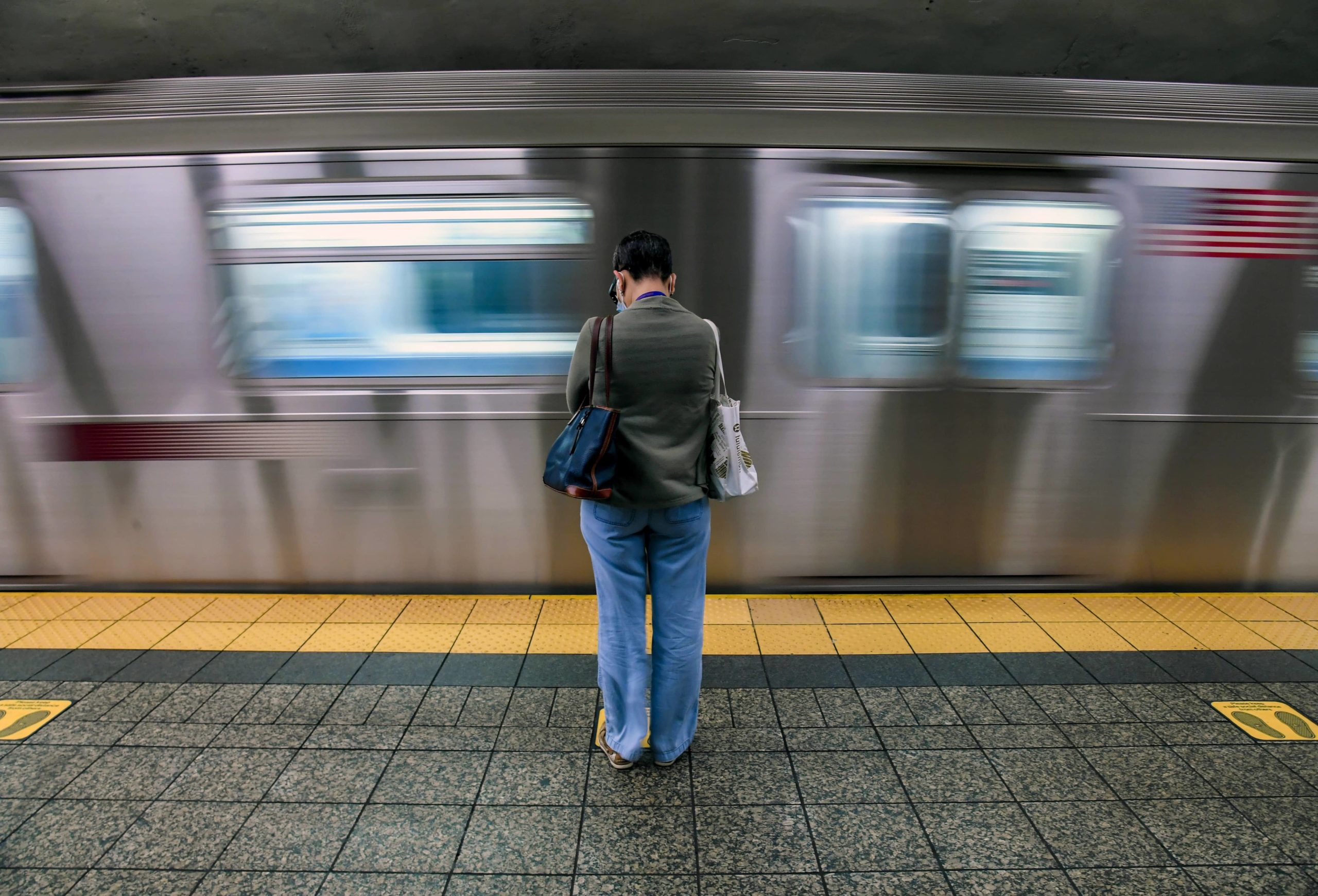 Without revenue from riders, the MTA will go through the $14.5 billion it received in 2021 as part of the American Rescue Plan Act a year earlier than expected. (MTA)

According to reports by Bloomberg and Streetsblog NYC published on July 25 and July 26, respectively, the New York Metropolitan Transportation Authority’s (MTA) mid-year finance update shows that a combination of changing work patterns (work from home) and fewer non-work transit trips are driving low ridership and battering the agency’s budget. Without revenue from riders, the MTA will exhaust the $14.5 billion it received in 2021 as part of the American Rescue Plan Act one year earlier than expected.

A forecast from McKinsey & Co. presented to the MTA Board by MTA Chief Financial Officer Kevin Willens revealed that ridership is projected to reach 74% of 2019 levels in 2024, down from a prior forecast of 86%. Systemwide ridership is expected to reach 80% by the end of 2026, Bloomberg reported. According to Streetsblog NYC, MTA had budgeted based on a projection that 86% of pre-pandemic riders would return by 2023, which had put it on pace for a $500 million deficit in 2025. However, at its current pace of spending and ridership, the MTA will lose almost $4 billion in expected fare and toll revenue through 2026 and must find a way to fill deficits of more than $2.4 billion each year from 2025 to 2028, the media outlet continued; state law says the agency may do this through fare hikes, service cuts or layoffs.

The key is finding new revenue to help balance budgets beginning next year, Willens said during the finance committee meeting, according to Bloomberg. “Attack the problem sooner rather than later, which means starting in 2023.”

One scenario in which MTA could avoid such deficit strategies, Willens said, would be to spend less of the federal aid money beginning next year and stretch it through 2028, accelerating budget shortfalls by two years, with a projected $800 million deficit in 2023, rising to about $1.6 billion annually through 2028, according to the two media reports. However, Willens said this will require state officials “to find a new revenue stream for the agency that could cover a $795 million deficit in 2023 and $1.6 billion deficits for each of the following five years,” according to Streetsblog NYC.

According to Streetsblog NYC, “MTA leadership has been asking Albany for more money for a while. In December, MTA Chairman and CEO Janno Lieber said that mass transit should be funded like the essential service it is and rely less on fares.” However, due to rising fuel costs, “Albany funded a gas-tax holiday, saying it would use general fund money for any MTA shortfalls. Advocates had hoped that the state would reallocate gas-tax revenues for mass transit instead of highways.”

Now, advocates say, “Gov. Hochul and lawmakers will need to step up if they want to avoid a transit apocalypse,” Streetsblog NYC reported. The media outlet noted, however, that “MTA leaders did not specify where they thought the state should get the money to plug the deficit. Lieber has said that he is ‘agnostic’ about where such revenue might originate.”

“‘The biggest mistake this year was passing the gas-tax holiday, because it was simply bad policy that encouraged state spending on the wrong thing–incentivizing driving–rather than funding mass transit,’ said Reinvent Albany Senior Researcher Rachael Fauss. ‘Any funding from the state to the MTA needs to be recurring, dedicated and lock-boxed revenue, not a ‘one-shot’ gap closer. The state owns the MTA and is responsible for making sure it is on strong footing to keep providing reliable service as ridership stagnates, and that means the state needs to create new, reliable revenue streams for the MTA.’”

The analysis follows months of low ridership, plateauing at around 60% of pre-pandemic figures. MTA officials say ridership could reach 88% by 2026, as opposed to an earlier prediction that it would reach 86% by 2026, according to Streetsblog NYC; pre-pandemic ridership levels are not expected to return before 2035, which is a best-case scenario.

The MTA will implement its first fare increase since 2019 next year, according to Bloomberg; subway and bus fees are typically raised every two years but were suspended during the pandemic.

The agency continues to try to boost ridership and, according to New York Comptroller Thomas DiNapoli, has been “analyzing the readjustment of service as weekend subway and commuter rail ridership has rebounded more than weekday use,” Bloomberg reported.