Sam Carnaggio, director of the Dulles Corridor Project at Metropolitan Washington Airports Authority (MWAA), made the revelation during a presentation at the Action Committee for Transit on Tuesday, June 12, WTOP said.

“The project from the contractor is expected to be completed by the end of September or in early October, so we’re now projecting January 2014,” he says.

“We have to do station finishing work, to be able to complete the ceilings, the walls, to do some painting. Just like you would in your home or office building,” said Carnaggio. “We also have systems work to make sure all the wiring and cabling will operate safely and function correctly so that (Metro) can operate the trains.”

When completed, the Silver Line, also known as the Dulles Corridor Metrorail project, will stretch 28 miles through three Virginia counties, integrating with existing portions of WMATA’s Orange Line within the District of Columbia. Construction cost is estimated at $6.8 billion. 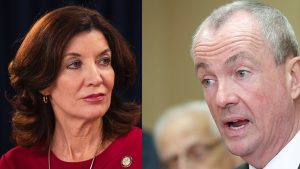