The Chicago Transit Authority (CTA) is seeking manufacturers for a brand-new generation of rail cars, the 7000 series, continuing the agency's efforts to modernize the transit system to improve service and benefit customers.

This week, the CTA issued an Invitation for Bids (IFB) for new rail cars that will offer customers a smoother, more comfortable ride. These rail cars, expected to begin delivery around 2016, will replace current rail stock that is nearing or beyond 30 years of age. Replacement of these aging cars will reduce service delays from mechanical breakdowns and save millions in operating costs. The project, if all options are exercised, would provide CTA with up to 846 new rail cars and have an estimated value of more than $2 billion.

The 7000 series will complement the new 5000 series cars currently being used on three CTA rail lines. In late 2011, the CTA nearly doubled its order for those state-of-the-art cars, bringing the total order to 706 cars. Approximately 190 of the 5000 series have arrived to date, with new rail cars arriving at a rate of one per weekday.

The 7000 series purchase will allow for continuous replacement of CTA’s aging rail fleet—departing from past practice of waiting as much as 20 years between rail car orders. The CTA anticipates the new 7000 series cars will begin arriving shortly after the last 5000 is delivered.

“Having world-class public transportation is essential for any world-class city,” said Mayor Rahm Emanuel. “This is not just an investment in our rail system but in our neighborhoods. By strengthening our transportation we will continue Chicago’s economic growth and increase the quality of life for all residents.”

“The CTA is continuing its aggressive plan of investment and modernization of the nation’s second-largest mass transit system, benefiting our customers and the regional economy, which depends on a vibrant, modern transit system,” said Claypool. “Under Mayor Emanuel, the CTA is undertaking a massive and timely replacement of both bus and rail fleets, which includes replacing aging vehicles, improving passenger comfort and service reliability.”

With the base order and options exercised, the CTA would replace its oldest rail cars, including the approximately 400 30-year-old 2600 series, built between 1981 and 1987. Additional, later-year options could allow for the timely replacement of the 256 cars in the 3200 series, which are currently 20 years old. In addition, the CTA could expand its rail fleet if ridership trends or system expansion warrants.

The 7000 series bidders will submit exterior and interior design proposals, consisting of design options such as seating configuration and aesthetic design to ensure the new cars best meet CTA’s requirements. 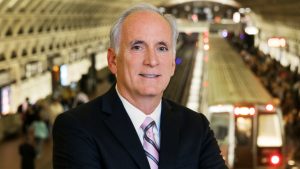 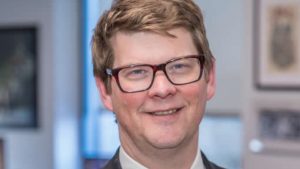