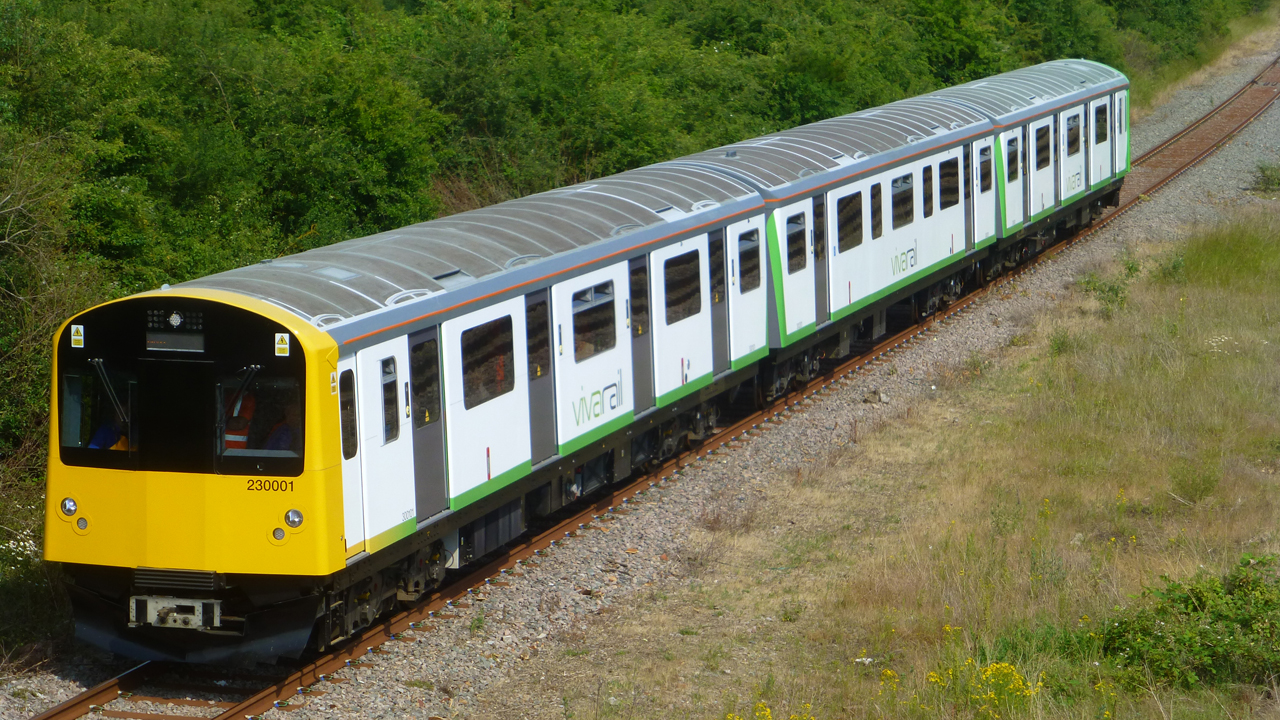 Railroad Development Corporation (RDC) has plans to test a Vivarail D-Train on U.S. soil to demonstrate how the rebuilt LU trains could provide a low-cost rolling stock option for new passenger services.

Railroad Development is a major investor in Vivarail, a British company established in 2012 with the aim of rebuilding LU D78 stock vehicles into multiple units for use on main line railways. Vivarail obtained its first firm order for three two-car class 230 DMUs from West Midlands Trains, Britain earlier this month.

Henry Posner III, chairman of RDC, told IRJ the D-train could be used to provide “pop-up rail transit or commuter rail services” in urban areas where rail infrastructure exists but is currently either not used for passenger services or is underutilized.

Posner says that with the established U.S. practice of temporal separation – running passenger trains during one period and freight trains at other times – the lightweight Vivarail trains could be used on existing freight lines in urban areas with relatively little infrastructure expenditure.

The company has begun sales activity with “multiple cities” on both the U.S. East and West Coasts of the United States and plans to bring at least one D-Train adapted for North American operation over to the U.S. The diesel train will be remanufactured by Vivarail at its Long Marston facility in central England.

Posner believes there is an opportunity to change the approach of U.S. cities to rail projects by demonstrating that they can be implemented at lower cost, therefore requiring less state and federal funding, especially at the early development stage.

The core proposition is that the Vivarail train can provide a solution for cities which have previously discounted passenger rail as an option on cost or complexity grounds, enabling them to test possible services “for less than the cost of a consultant’s study into a possible service,” as Posner puts it.

Posner says that experience from Europe, and particularly Germany, demonstrates that passenger services can be reintroduced using lightweight trains and that by taking a new approach to operating costs these can be reduced significantly from historic approaches.

He reports that there is substantial interest from cities, although “nothing concrete yet” in terms of orders.

Posner suggests that the availability of suitable and affordable rolling stock could spur a “short line passenger rail” revival in U.S. cities with plans “designed by communities with local focus.”