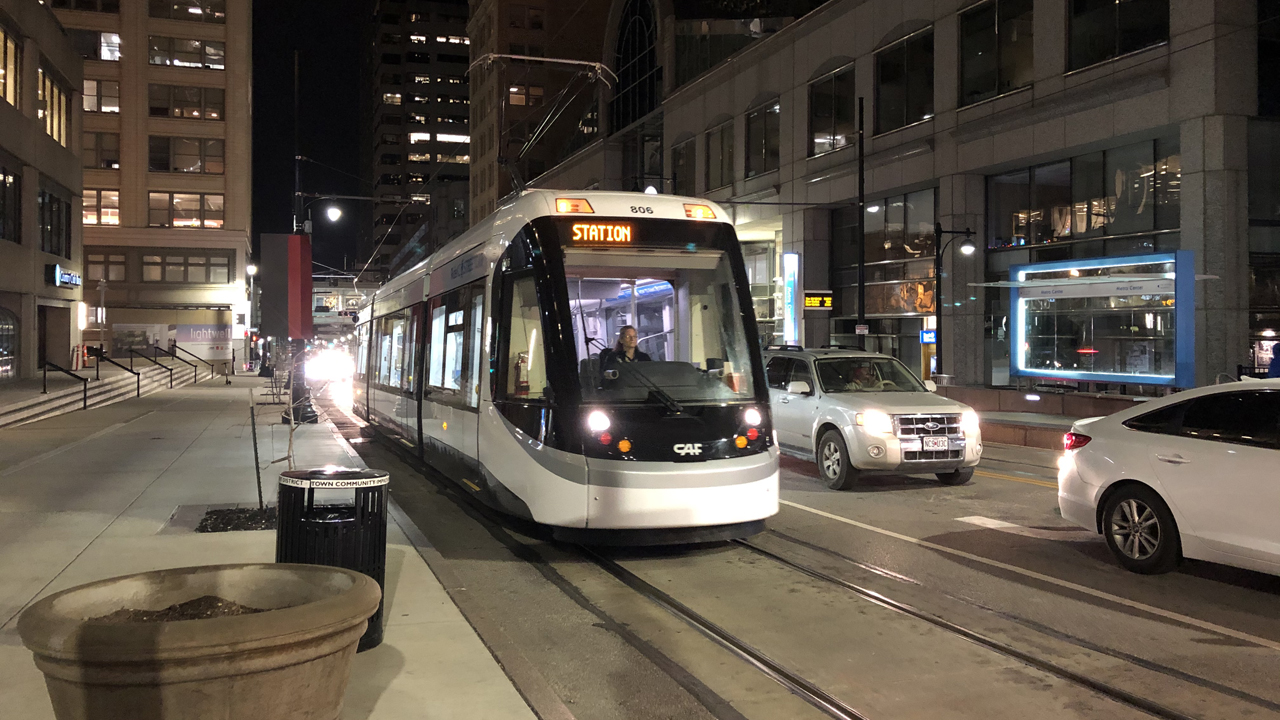 The KCSA Board approved funding up to $75,000 for the study, which is “contingent on contributions for additional project partners,” the authorities reported on Sept. 30. The study, which is estimated to cost $250,000-$300,000, will take one year to complete, they said.

“Early discussions are under way to build funding partnerships to support advancement of an East-West high capacity, public transit and streetcar study,” KCSA and KCATA said. Study consideration was initiated, in part, by a request from the University of Kansas Health System to improve connectivity with KU Medical Center and regional medical complexes in Kansas City.

“The Health System would much rather invest in world-class health care technology instead of paying to park more vehicles on the campus,” said Bob Page, President and CEO of University of Kansas Health System. “In addition, the western extension would also have environmental benefits as vehicle traffic would be reduced. We believe the benefits of a western streetcar extension would be shared across the entire metropolitan area and fulfill the bi-state mission of the KCATA.”

“RideKC’s four pillars of transit are connecting people to jobs, education, housing and healthcare on a foundation of social equity,” KCATA President and CEO Robbie Makinen said. “We are excited that KCSA has advanced matching funds to study east/west connectivity for the region’s essential healthcare workers and the Truman Sports Complex.”

“We are just months away from breaking ground for the Main Street Extension, which will serve as the spine for Kansas City’s regional transit system, and the time to think about future connections is now,” KCSA Executive Director Tom Gerend said.

Currently, KC Streetcar operates a 2.2-mile North-South route along Main Street in downtown Kansas City from the River Market to Union Station/Crown Center (see map, left). The route also includes a loop around the City Market and runs on 3rd Street on the north, Delaware on the west, 5th Street on the south, and Grand on the east. Six streetcars serve the route’s 16 stops.