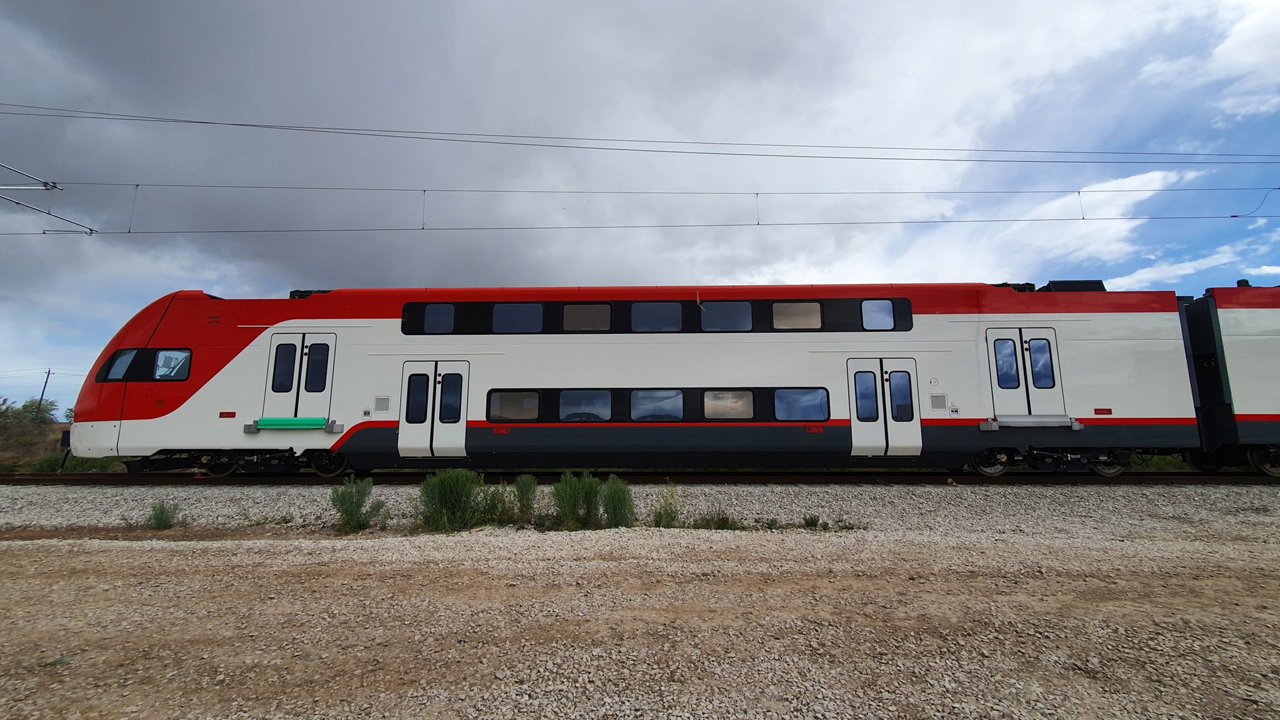 Over the coming weeks, Caltrain said, the trainset will undergo high-voltage static testing as power is incrementally applied while it’s stationary on the track. The equipment will then undergo low-speed acceleration and brake tests.

All systems, among them doors, HVAC and public address, will undergo functional tests before the first trainset travels to TTCI, Pueblo, Colo., for higher-speed testing on the electrified RTT (Railroad Test Track), which can accommodate speeds up to 165 mph. (The first of Amtrak’s new Alstom-built high-speed Acela trainsets for the Northeast Corridor is currently testing at TTCI).

Caltrain purchased new, high-performance KISS bi-level EMUs from Stadler Rail to replace the current diesel-locomotive-hauled trains as part of Caltrain Electrification. Caltrain’s new equipment are a key component of the CalMod Program to electrify the corridor from San Francisco’s 4th and King Station to approximately the Tamien Station in San Jose.

In addition, Caltrain announced that more than 1,000 catenary poles have now been installed along the corridor from South San Francisco to San Jose.