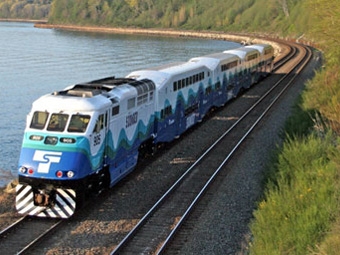 Sound Transit is recommending state legislative leaders parcel out which among a sales tax, motor vehicle excise tax, or property tax – or any combination of the three – should be presented to voters on Snohomish, King, and Pierce counties on the November 2016 ballot.

The agency hopes such revenue sources would generate $9 billion in capital funding over a 15-year period.

“I think we have a wonderful story to tell the Legislature,” Board Vice-Chair Paul Roberts, also a councilman in Everett, Wash., told local media.

Tax rates for the ballot measure, dubbed “Sound Transit 3,” will probably be less than the full amount recommended by the agency. Sound Transit 3 most likely would include LRT additions linking Everett with Lynnwood, Overlake with Redmond (headquarters of Microsoft), and Kent-Des Moines Road with Federal Way. Other options, inclusing some Bus Rapid Transit (BRT) proposals, are also being considered.

Board Chairman and King County Executive Dow Constantine acknowledged that Sound Transit hopes to benefit from the 2016 U.S. Presidential campaign, believing that higher voter turnout will include those favorable to transit investment.

“People are smart, and they realize that permanent infrastructure that changes mobility in the region requires investment over a number of years,” Constantine said.