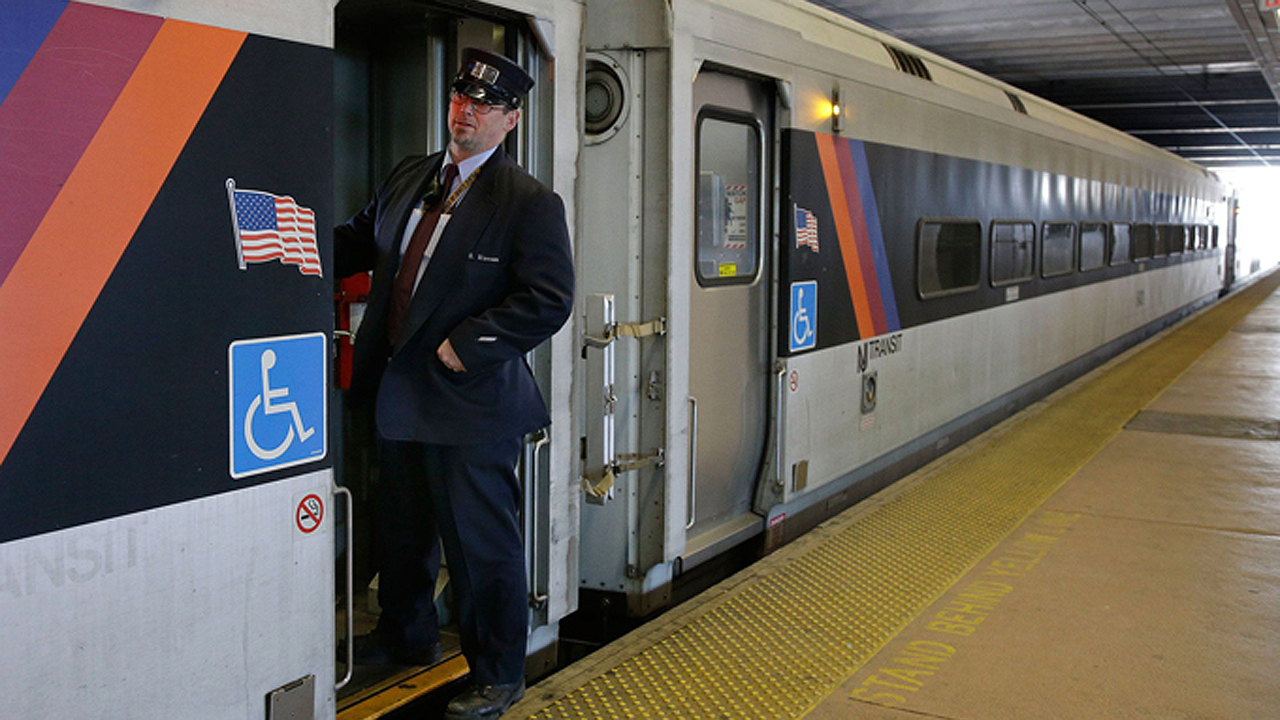 As the COVID-19 virus began to sweep across the nation in March, everybody seemed to cling to the hope that it would do its damage and move on quickly, so life could return to “normal.” Rail transit in most cities switched to weekend schedules on weekdays. Most of the country’s commuter rail providers did that, too.

Now, transit service is beginning to recover, and some local railroads are returning to the weekday “commuter-peak” schedules that abruptly ended almost four months ago. Under the circumstances, however, such a return could prove costly, if many of the former commuters who left that ridership segment do so permanently, or at least will ride less often during traditional commuting hours, given flexible schedules and now-well-established working remotely (from home).

In this article, we will look at changes in commuting patterns brought by the COVID-19 virus, and how they could affect demand for seats on our regional rail lines, which have become more than merely commuter railroads in a number of metropolitan areas. We will focus mainly on the legacy systems in the Boston, Philadelphia, Chicago and New York areas.

The coronavirus has changed American lives in many ways, some only for this year (we hope, or as long as the acute crisis lasts), and others permanently. That happens during wars and other periods of upheaval, and it is happening now. Transit as an industry must now fight for its life and its own relevance in a way it has not been forced to fight since almost a century ago, when General Motors head Alfred P. Sloan began his mostly successful campaign to destroy rail transit in the nation.

Some health officials, using studies based on highly questionable methodology, have condemned transit as a place where the COVID-19 disease is spread. Simply because that condemnation has occurred, transit providers must counterattack and demonstrate that transit is safe and useful. Traditional rail commuting is where multitudes of workers, from the highest-ranking executives to the lowest-ranking office staffers run for the train that will get them to the office in time for the workday to start, and home again. The Long Island Rail Road (LIRR) called them “Dashing Dans” in the day when men dominated the “9-to-5 army,” while they and the women who have more-recently joined them participated in the same ritual—at least until the middle of March 2020.

It’s different now. Many workers, at least in so-called “non-essential” businesses, lost their jobs. Some, but certainly not all, will eventually get their jobs back. Others started working from home and still are, and some have come to like it. Some employers like it that way, too, and plan to support their employees “commuting” from the bedroom to the living room or the study, or wherever the computer is. Even some broadcasters are doing their shows or their newscasts from home, instead of going to the studio. How many of those former commuters will go back to the old routine of leaving home every morning and dashing for the train? We don’t know, but we can be sure that not all of them will.

What have rail transit providers done to adjust to the new reality of fewer commuters? As of this writing (July 21):

Managers hope that enough commuters will return to their offices to fill all the seats that were available before the virus hit. In this era of political railroads, maybe the governors of the states where they run and other elected officials harbor the same hope.

However, the question remains of whether such hope is reasonable, under the circumstances. For example, SEPTA reports that Regional Rail ridership is about 10% of pre-COVID levels (local rail transit ridership within Philadelphia is about 35%), while NJT’s is about 20%, according to New Jersey Gov. Phil Murphy. The answer to that question affects not only the level of service that the railroads offer during historic peak commuting hours, but also how much capital funding would be well-spent, when it would result in infrastructure that only the historically large number of pre-COVID peak-hour commuters would need. That includes the Gateway Program, and which is now estimated to cost in excess of $30 billion—a sum that appears far out of reach in a near-future economy that many say will feature high unemployment, hard times generally, and stress on state and local government budgets not seen since the 1930s. Even the optimistic predictors who do not warn about such grim times are unwilling to assure the public that they could not occur.

It has historically been considered good practice that all persons and agencies should strive to produce “the greatest good for the greatest number.” In short, the railroads must now balance the interests of a reduced number of commuters with those who ride outside peak-commuting hours, and at a time when money will be scarce. Are our regional railroads doing that today, now that ridership is shifting away from traditional 9-to-5 commuting and toward more evenly-spaced-all-day ridership, at least to some extent?

In 2006 then-NJT Executive Director George D. Warrington called riders at “off-peak” hours “incidental,” a dismissive characterization, since an “incidental” third-party beneficiary to a contract is not an “intended” beneficiary. Off-peak rail fares were historically discounted because there was always plenty of capacity at those times, but those fares were raised 47% (some as much as 64%) by a single act in 2010. Service outside peak-commuting hours has also been reduced on some lines, over time.

Parts of the Gateway Program, which would add infrastructure based on pre-COVID-19-level peak-hour ridership, may not be necessary. Rehabilitating the existing, 110-year-old Hudson River tunnels into Penn Station New York will be helpful (that is happening; see Gateway: The Series, Part 9: Chao Calls for Expedited Hudson Tunnels Repair. Could USDOT Be Listening to Us?), and a third main track would also be useful someday. Should NJT and other local railroads retain their commuter-centric policies? Perhaps not.

While rail transit must stay relevant and fight back against those who wrongly say that the public transportation should be avoided during the current pandemic, one thing is certain: It is time for a shift in emphasis away from building expensive capital projects that may not be needed in the foreseeable future, and toward strengthening schedules and customer service.

Editor’s Note: In terms of crime and violence in cities, similar things are happening in other parts of the world. My wife’s family in Argentina reports that many people who live and work in Buenos Aires, the capital, are beginning to relocate to the provinces (Córdoba, for example), where they can work remotely, with good wi-fi connections, in relative peace. – William C. Vantuono.

If we assume that New York and Northern New Jersey’s catchment area has a population of 20 million, the complete list of projects would cost every man, woman and child in the region $5,200. With hard times ahead (as Gov. Andrew Cuomo of New York and Gov. Phil Murphy of New Jersey both acknowledge), the only advice for planners and managers in the reason that makes sense, as expressed in the vernacular language of the region is fuggeddaboutit! The New York MTA has already put its capital program on hold.

Some of NJT’s COVID-19-driven service was based on holiday schedules with service enhancements. The usual service pattern during that time was weekend service with slight augmentation for a “mini-peak” at traditional commuting hours on some lines. NJT proactively returned to its pre-COVID-19 weekday rail schedules to remain ahead of customer demand while complying with Gov. Murphy’s Executive Order 165 on onboard social distancing.

We know that some commuters will return to their prior routine. We also have reason to believe that others will continue to work from home, at least a few days per week, while still others will be working on staggered schedules where they will require transportation during traditional off-peak times. It appears inevitable that there will be fewer traditional “commuters” in the future than there were in the past, which means that fewer peak-hour seats on fewer peak-hour trains will be sufficient to satisfy future commuter demand. Reducing the emphasis on traditional peak-hour commuting and running robust off-peak service without large gaps in the schedule would save money for cash-strapped railroads, and ensure off-peak capacity for the riders whose mobility needs are different from those of commuters.

It is now time for our local passenger railroads to think seriously about scheduling trains to serve all segments of their ridership, commuters and non-commuters, as equitably as possible and in a cost-effective manner. That includes the occasional riders, who the late George Warrington dismissively called “incidental” back in 2006. Those railroads’ futures may depend on it.

David Peter Alan is Chair of the Lackawanna Coalition, an independent non-profit organization that advocates for better service on the Morris & Essex (M&E) and Montclair-Boonton rail lines operated by New Jersey Transit, and on connecting transportation. In New Jersey, Alan is a long-time member and/or board member of the NJ Transit Senior Citizens and Disabled Residents Transportation Advisory Committee and Essex County Transportation Advisory Board. Nationally, he belongs to the Rail Users’ Network (RUN). Admitted to the New Jersey and New York Bars in 1981, he is a member of the U.S. Supreme Court Bar and a Registered Patent Attorney specializing in intellectual property and business law. Alan holds a B.S. in Biology from Massachusetts Institute of Technology (1970); M.S. in Management Science (M.B.A.) from M.I.T. Sloan School of Management (1971); M.Phil. from Columbia University (1976); and a J.D. from Rutgers Law School (1981). The opinions expressed here are his own, and not that of Railway Age. 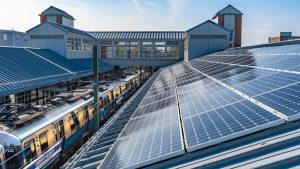