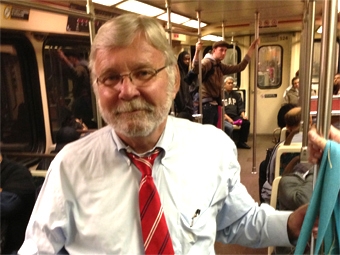 Metrolink announced Friday, March 13, 2015, that Art Leahy will be the agency's next CEO, effective April 20.

The 11 member-board of the Southern California Regional Rail Authority (SCRRA), the agency that governs Metrolink, unanimously approved the motion and the contract, the amount of which was not immediately disclosed.

Leahy is no stranger to southern California transportation issues. “When the position became available at Metrolink, I was immediately intrigued,” Leahy told local media. “Having had the opportunity to work at both Metro and Orange County Transportation Authority (OCTA), I have witnessed first-hand the incredible diligence of the Metrolink staff, and I’m excited to have the opportunity to further grow and enhance Southern California’s six-county rail system.”

“As a board, we could not be more excited about Art deciding to take the helm of Metrolink,” said Orange County Supervisor Shawn Nelson, chair of the Metrolink Board of Directors. “Given Art’s leadership at Metro, along with his previous stewardship of OCTA, he brings a unique perspective of leadership at the highest levels of transportation that will be of tremendous value to Metrolink.”