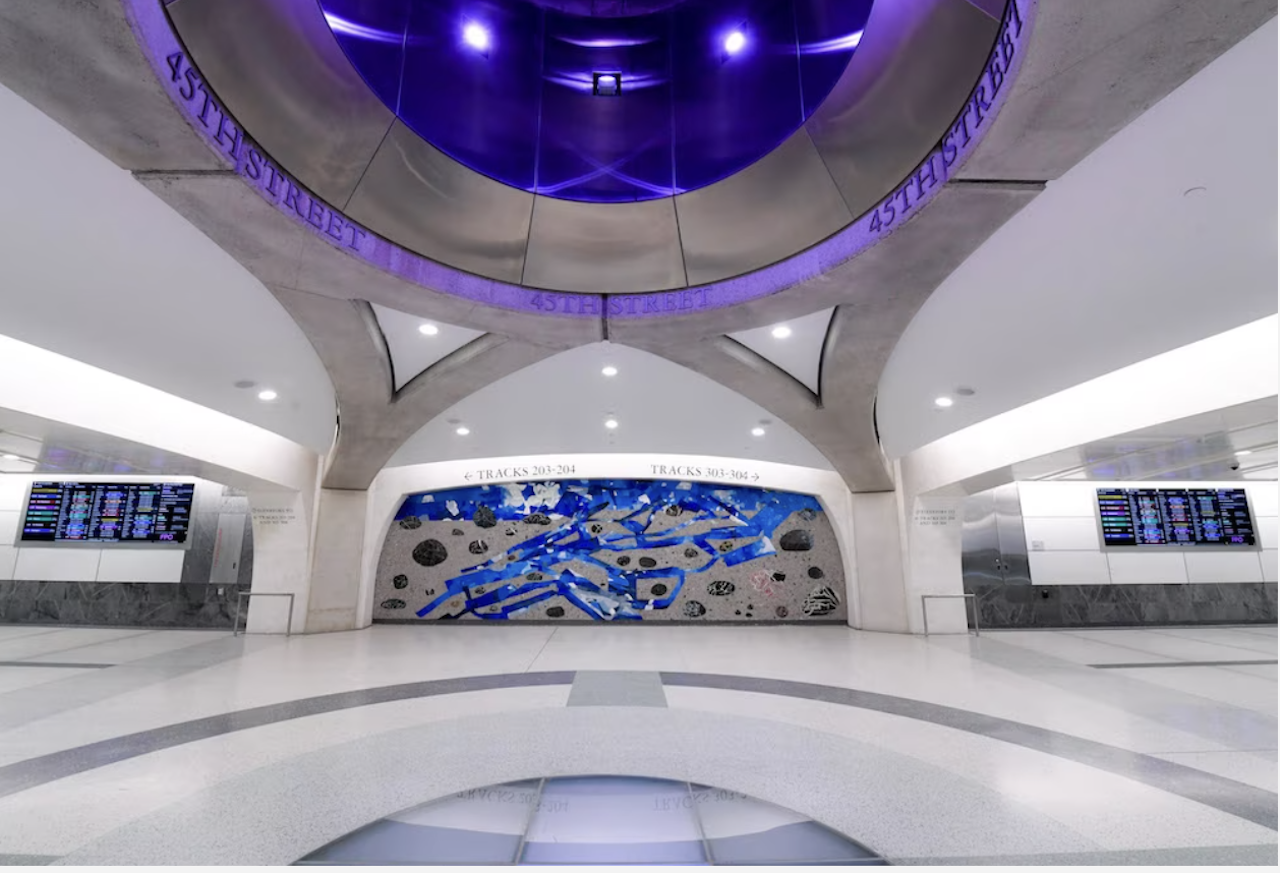 According to the MTA, the first train is scheduled to originate at Jamaica Station at 10:45 a.m. and run express to Grand Central Madison where it is scheduled to arrive at 11:07 a.m. For at least three weeks, LIRR will operate limited shuttle service between Jamaica and Grand Central Madison so customers can “acquaint themselves with the new terminal as existing schedules continue.” LIRR will initiate full service from Long Island to Grand Central per schedules that will be posted here and in the TrainTime app.

This special Grand Central Direct service, MTA says, will conclude with the initiation of full train service mirroring what was previewed in draft schedules published last June. To enable travel planning, the MTA will provide notice when full schedules, increasing overall LIRR service by 41%, are scheduled to go into effect.

The opening of Grand Central Madison station, which is part of the LIRR’s East Side Access project to bring commuter rail service to Manhattan’s East Side, had been delayed due to an ongoing issue with an exhaust fan. The station was initially scheduled to open to commuters before the end of 2022 but the vent fan problems, which were disclosed in December, had put a pause on those plans.