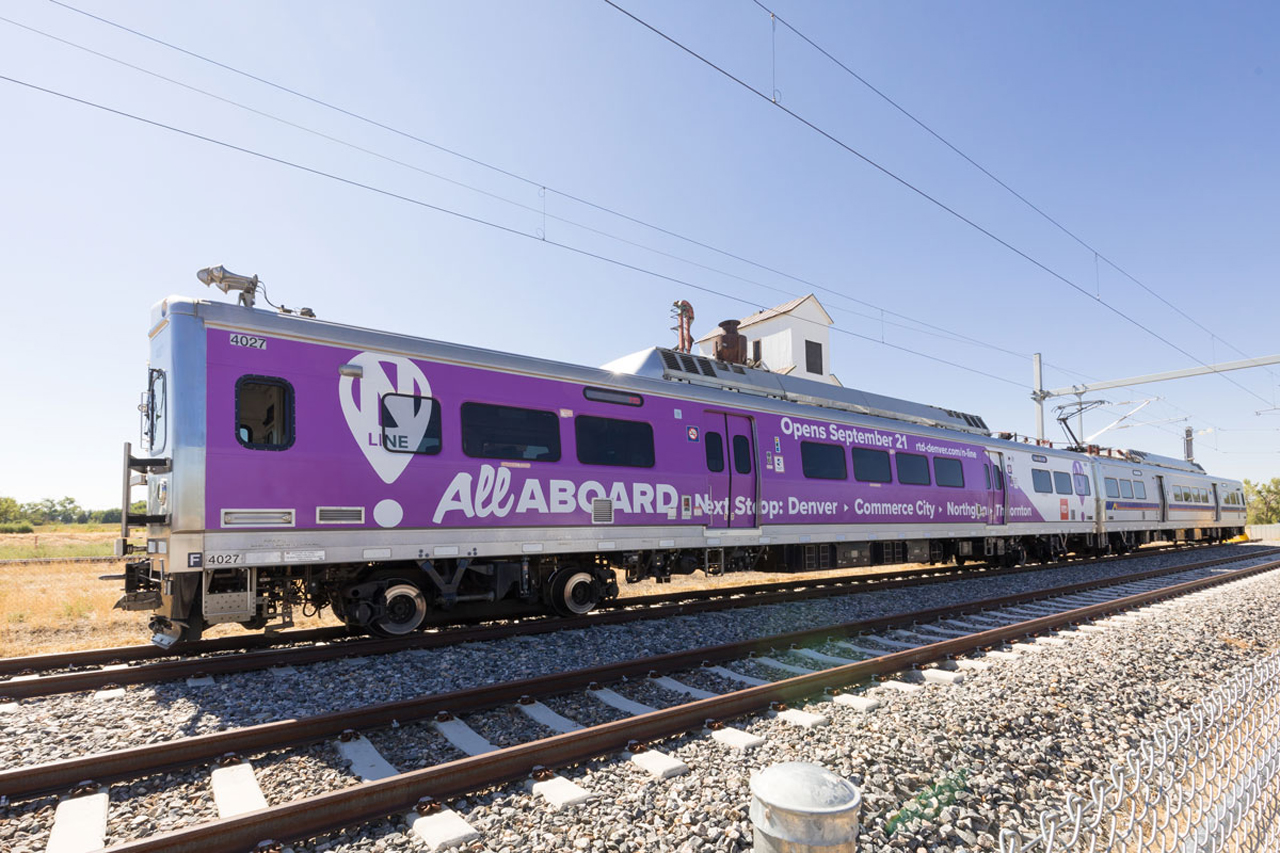 The RTD will livestream the opening ceremony for N Line service on Sept. 21. (RTD photo.)

At Union Station, riders can connect to the C, E and W light rail lines; the commuter rail system’s University of Colorado A Line to the airport, the B Line to Westminster, and the G Line to Arvada/Wheat Ridge; and local and regional buses.

A proposed 5.5-mile line extension would include another two stations and continue service to North Thornton.

Meanwhile, the RTD’s Board of Directors and staff are working to close the agency’s 2021 budget gap—projected at $215 million—due to the COVID-19 pandemic. Layoffs and capital project delays are under discussion.