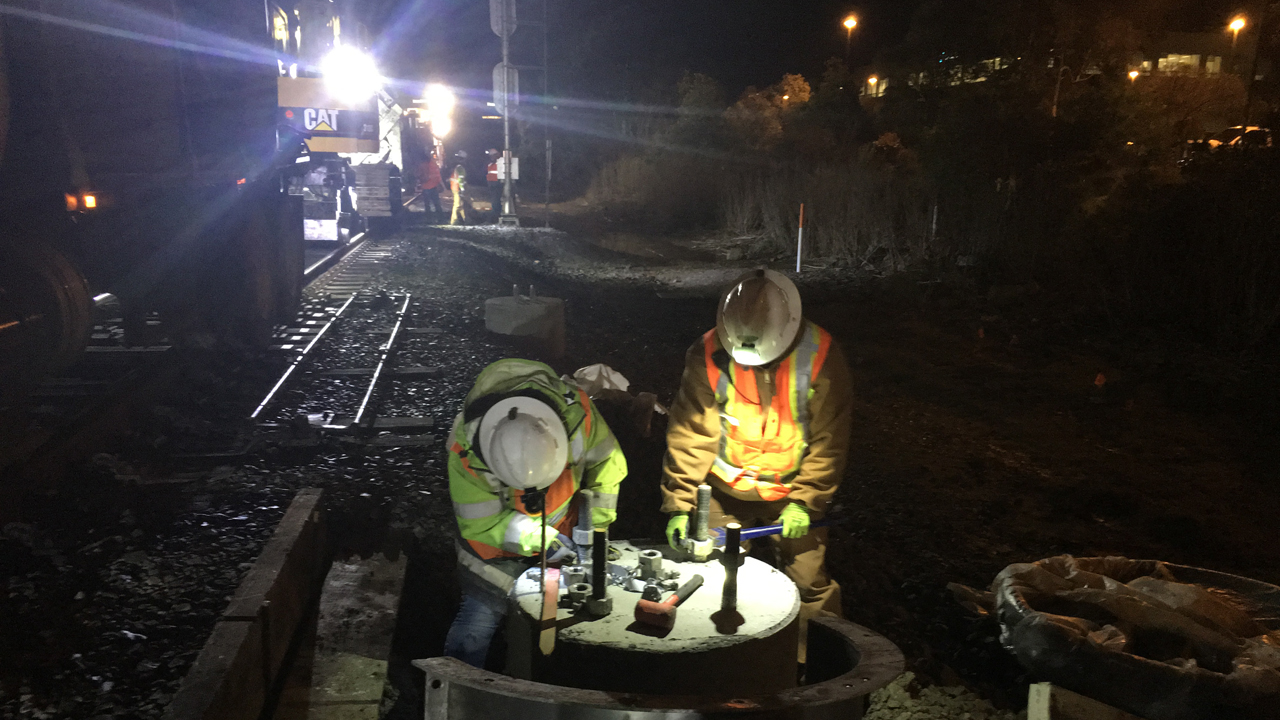 As part of its contract extension, TransitAmerica Services will also support construction of Caltrain’s Peninsula Corridor Electrification Project, which includes the installation of more than 3,000 concrete foundations.

The Caltrain Board of Directors has extended through June 30, 2027, its operating agreement with TransitAmerica Services, Inc. (TASI).

Awarded in September 2011, TASI’s contract included a five-year base agreement and an option for five one-year extensions, which were executed in February 2017. It was set to expire on June 30, 2022.

According to Caltrain, TASI has “demonstrated improvement in on-time performance, monthly mechanical delays and customer satisfaction.”

With the new contract extension, TASI will also support construction of the Peninsula Corridor Electrification Project (PCEP) from the 4th and King Station in San Francisco to the Tamien Station in San Jose. Work includes locating underground utilities, testing soil conditions, inspecting signal/communication equipment, pruning/removing trees, and installing foundations in preparation for the installation and operation of the catenary system.

Caltrain increased its order for Stadler double-deck EMU cars for the electrification project in late 2018.