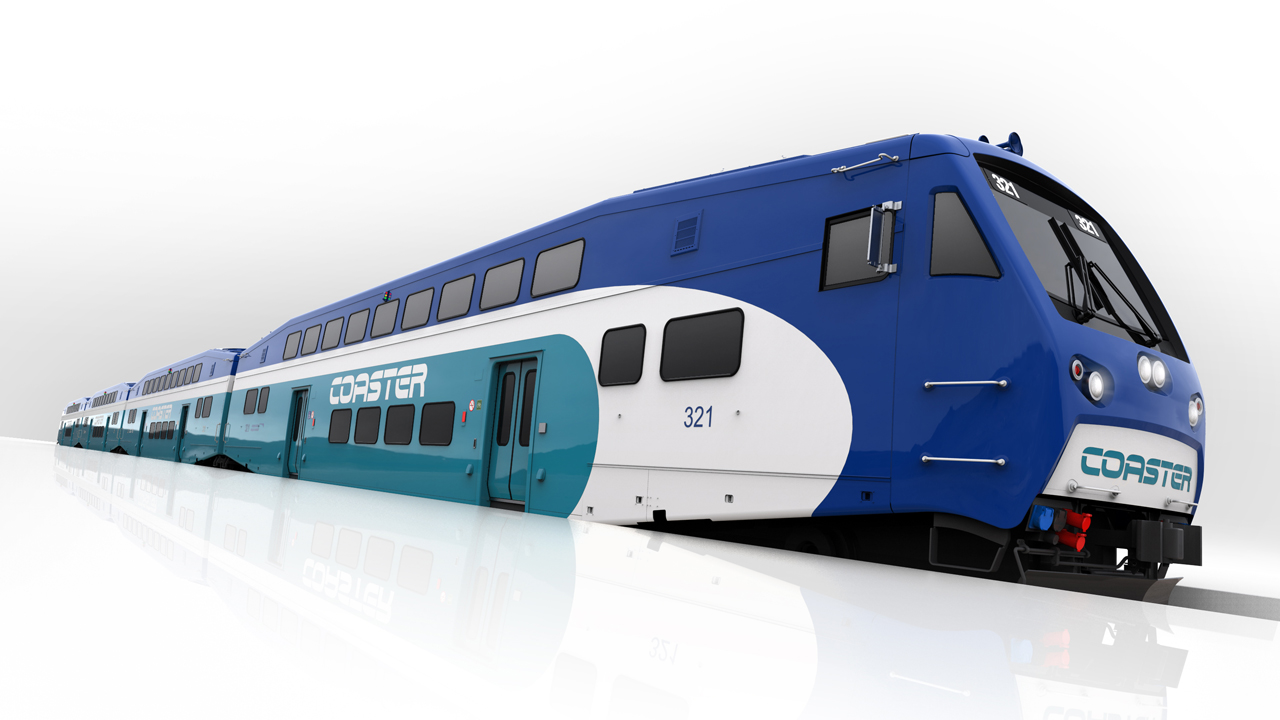 The paint scheme is still undecided, but this is the structure of the new cars. Photo via NCTD.

Bombardier Transportation has been awarded a $43 million contract by the North County Transit District (NCTD) for 11 new commuter rail cars for the COASTER service.

With the purchase of these rail cars, NCTD aims to significantly increase service frequencies to 30-minute headways and begin state of good repair replacement of current legacy COASTER coaches and cab cars over the coming years.

The new cars will be built at Bombardier’s manufacturing site in Thunder Bay, Canada. Deliveries are scheduled to take place in the fall of 2022. After testing and commissioning, the cars will begin to enter service that winter.

“As we look to the future, NCTD will be in a position to continue moving forward, offering customers an outstanding riding experience and providing increased service along the rail line,” said Tony Kranz, NCTD Board Chair and Encinitas Councilmember. “With these two additional trainsets in the fleet, commuters will have a number of train runs throughout the day to meet their needs; and that really makes the decision to try transit an easy one.”