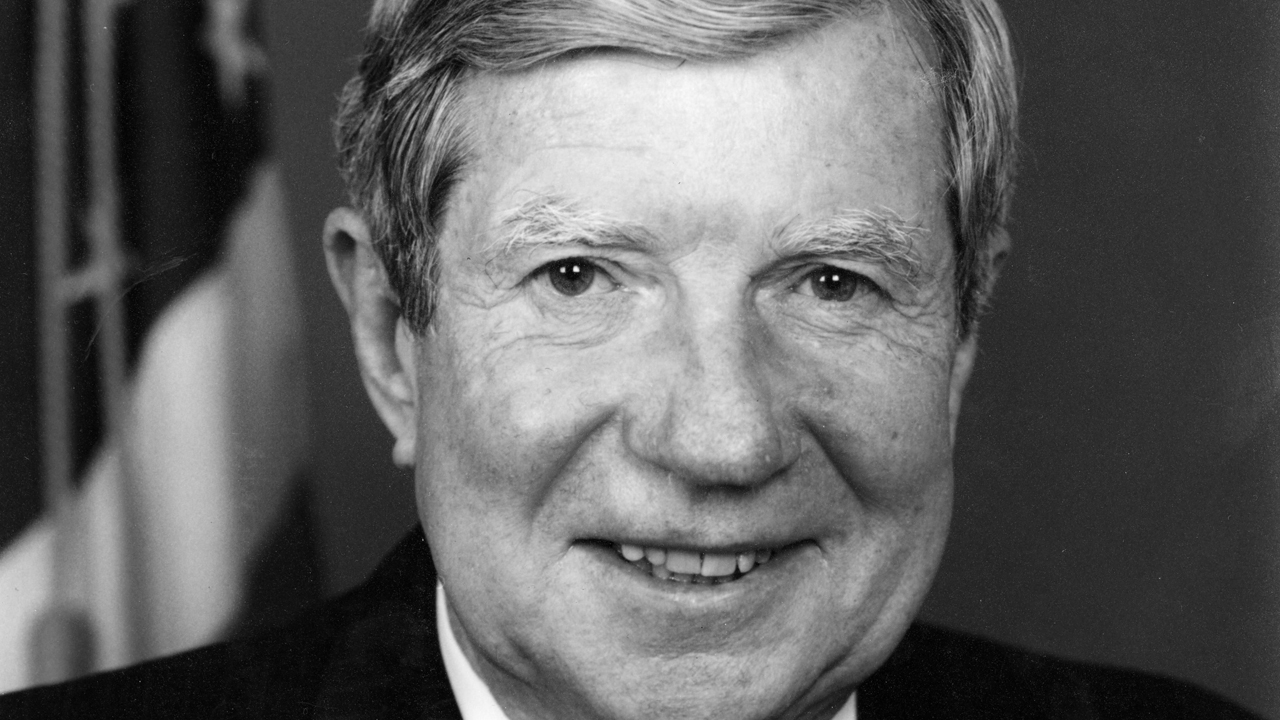 Fred Bernard Rooney, a former Democratic congressman from Pennsylvania, died Dec. 23, 2019 at age 94. He was a dependable friend of railroads and instrumental in successful passage of the 1976 Railroad Revitalization and Regulatory Reform (4-R) Act, which formalized the creation of Conrail following Penn Central’s bankruptcy, introduced for the first time the concept of railroad revenue adequacy, and provided small steps toward greater railroad economic deregulation delivered by the 1980 Staggers Rail Act.

As the 4-R Act began taking shape in House and Senate hearings in 1975, President Ford told Congress that “the rail problem has been neglected too long, and the desperate condition of the industry is indicative of this neglect. We must begin at once a major and massive initiative to restore the viability of this essential industry.”

A speed bump was an effort by congressional Democrats to include in the legislation increases in funding for higher-speed rail passenger service on the Northeast Corridor, electrification of some rail lines, subsidies to avoid abandonment of marginal branch lines, and additional loan guarantees—additional federal spending that Ford called “totally unacceptable,” threatening a veto if included in the bill.

Ford asked Rooney, as chairman of the House Transportation Subcommittee, to work with his Senate counterpart, Rupert Vance Hartke (D-Ind.), to fashion compromises. Rooney told fellow House Democrats, “This legislation is too important to be the victim of a power struggle between the Legislative and Executive branches.”

In December 1975, separate House and Senate versions of a jelling 4-R Act were passed, sending them to a joint House-Senate conference committee to resolve disagreements. The resulting Rail Omnibus Conference Report, approved Dec. 19, 1975, immediately drew a White House veto threat as the funding levels still were higher than Ford would accept.

Over the next 30 days, a second conference report was prepared, further paring back spending; and in late January 1976, a revised and less costly House and Senate conference report emerged, allowing the 4-R Act (S. 2718 in final form) to pass and be signed into law by Ford. There were no changes to the deregulation provisions.

Rooney organized a “rail summit” in Hershey, Pa., attended by railroad CEOs, rail labor union chiefs and Carter’s Transportation Secretary, Brock Adams. The focus, Rooney said, was “exempting railroads from regulation where other modes of transportation are not regulated.” Floated was a “5-R Act,” without fleshing out the acronym.

Rooney lost his election bid that November, however, but was succeeded as House Transportation Subcommittee chairman by similarly deregulation-minded Rep. James J. Florio (D-N.J.), who is credited with superintending what became the 1980 Staggers Rail Act. Rooney’s aspirational 5-R Act was the embryo.

Rooney, whose father emigrated from Ireland and mined Pennsylvania lignite coal, was an Army 82nd Airborne Division paratrooper during World War II. He later earned an undergraduate degree from the University of Georgia, and worked as a real estate and insurance executive prior to his entry into politics, winning a 1953 election to the Pennsylvania State Senate. He served two terms before his election to Congress. He managed in Pennsylvania John F. Kennedy’s 1960 Presidential campaign. Rooney won his congressional seat in 1963. A road through Bethlehem, Pa., is named the Fred Rooney Highway.

Rooney was said to have lost his election by paying less attention to his district in favor of involvement with rail issues. Following his 1978 reelection defeat, Rooney established a congressional lobbying practice, with the Association of American Railroads and Conrail among his clients.