Elaine Chao has been confirmed by the U.S. Senate and sworn in to serve as the 18th Secretary of Transportation.

Chao is one of the least controversial cabinet appointments by President Trump, receiving 93 Senate votes for confirmation. Her role at the U.S. Department of Transportation (USDOT) will be to guide the department and public policy during what could be a transformative time for transportation with the push toward automation, the current political climate to reduce regulation and the promise of the current Administration to invest significantly in infrastructure.

In her first tweet in her new role, Secretary Chao said, “It is an honor to rejoin the extraordinary people of @USDOT and begin working to rebuild America’s infrastructure.”

U.S. Sen. John Thune (R-S.D.), chairman of the Senate Committee on Commerce, Science, and Transportation, said, “Elaine Chao has the experience, ability, and now the bipartisan backing of the Senate to address our nation’s transportation and infrastructure challenges. Her unwavering commitment to public service will be an asset to the Department of Transportation and the new Administration.”

Rep. Bill Shuster (R-PA), chairman of the House Transportation and Infrastructure Committee said of Secretary Chao’s confirmation, “We have a tremendous opportunity to improve our transportation systems, reduce regulatory burdens, encourage innovation and private-public partnerships, strengthen our competitiveness and build a 21st century infrastructure for America.”

Secretary Chao is a former Secretary of Labor under George W. Bush and also served as deputy secretary at USDOT.

A USDOT blog post detailing Secretary Chao’s background called her a “popular speaker on jobs, the economy and America’s global competitiveness” and noted that as Secretary of Labor, she achieved record results in workplace safety and health.

Reaction from the rail industry was encouraging as various associations expressed their willingness to work with USDOT.

Edward R. Hamberger, President and CEO of the Association of American Railroads (AAR), said, “With her previous experience as DOT Deputy Secretary, Ms. Chao has a deep appreciation of critical surface transportation issues. This includes the important role the rail industry plays in this country and the working relationship it has with DOT agencies that oversee the industry, so, together, we can continue to move America’s commerce safely and efficiently. The rail industry is also encouraged with statements by Secretary Chao in which she has indicated regulations should be focused and based on data, something the AAR supports, as America’s freight rail industry believes new rules should be empirically driven, supported by cost-benefit analysis and geared towards today’s innovation economy.”

“Short lines embrace this type of initiative already being delivered by the 45G tax credit. Since its inception, short lines have invested nearly $2 billion back into rail and bridge maintenance and upgrades, providing a safer, more efficient freight rail network,” said Darr.

“We welcome Secretary Chao to the Amtrak Board of Directors, where we look forward to working with her as we continue to strengthen Amtrak,” said Coscia.

“As a former deputy secretary of transportation, Secretary Chao understands the importance of mobility and high-quality infrastructure to the American people and our economy. We are eager to work with Secretary Chao and the department on ways to advance these goals,” said Moorman. 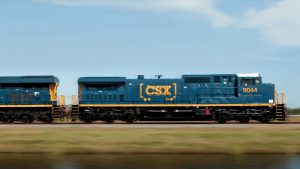 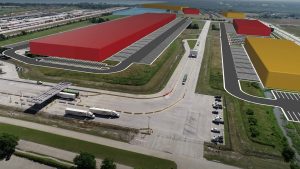 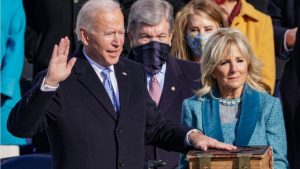 AAR to Biden-Harris: We ‘Stand Ready to Work’