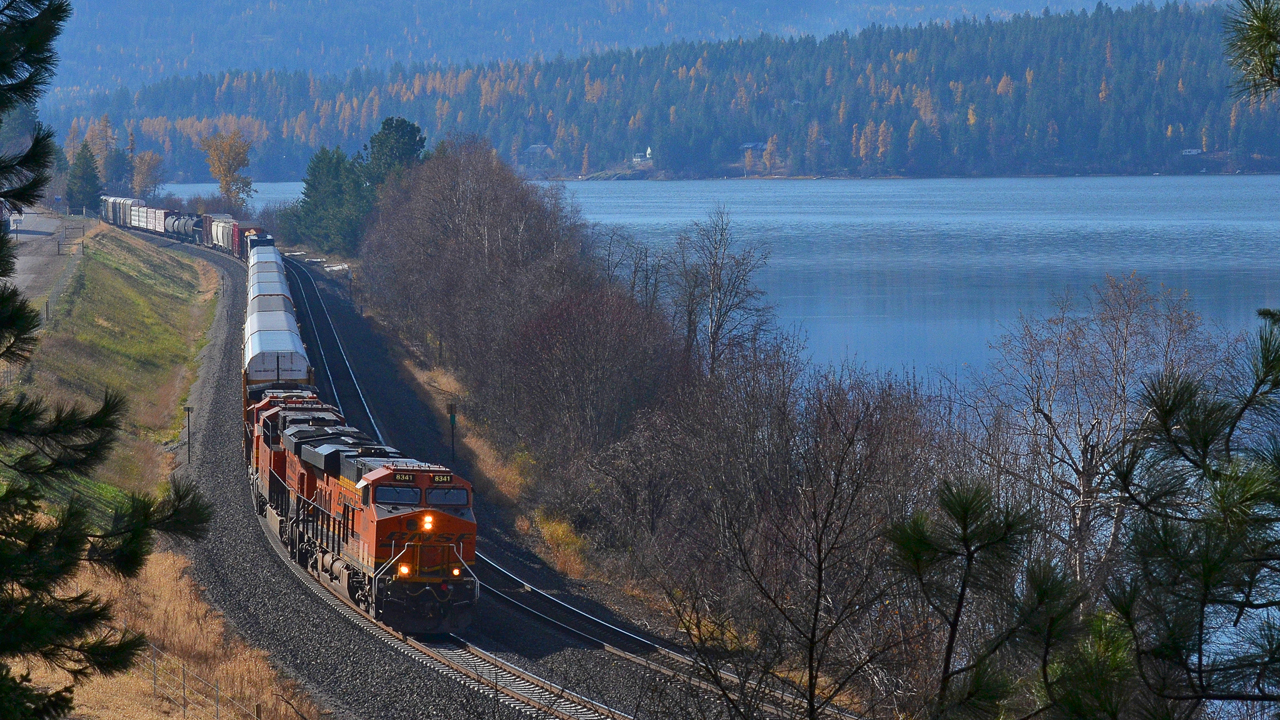 Despite the proximity of Lake Cocolalla on one side and U.S. Highway 95 on the other, the project caused no disturbance to the lake and required no alterations to either the shoreline or the highway alignment.

Unofficially known as the “Funnel” because it channels the traffic of multiple pre-merger rail lines onto a single corridor, BNSF’s 68-mile route between Spokane, Wash., and Sandpoint, Idaho, now has only just over 7 miles of single-track main remaining, at two separate locations. Near the Funnel’s west end, approximately 4 miles of single main between Irvin and Otis Orchards, Wash., is already scheduled to be doubled, requiring construction of a second bridge over the Spokane River.

At the Funnel’s east end, a more ambitious project will see BNSF adding slightly more than 3 miles of second main, which will include a second bridge of nearly one mile in length across Lake Pend Oreille, and a smaller bridge over Sand Creek in the city of Sandpoint.

The Funnel is crucial to BNSF’s Northern Corridor operations. It carries nearly all of the railroad’s traffic between the Pacific Northwest and the East Coast, Midwest, and Texas/Gulf regions. East of Sandpoint, an increasing share of that business travels across southern Montana via Montana Rail Link, freeing up capacity on BNSF’s northern Montana route for other time-sensitive traffic.

BNSF has not announced an official start date for either of the remaining double-tracking projects on its Spokane-Sandpoint route.