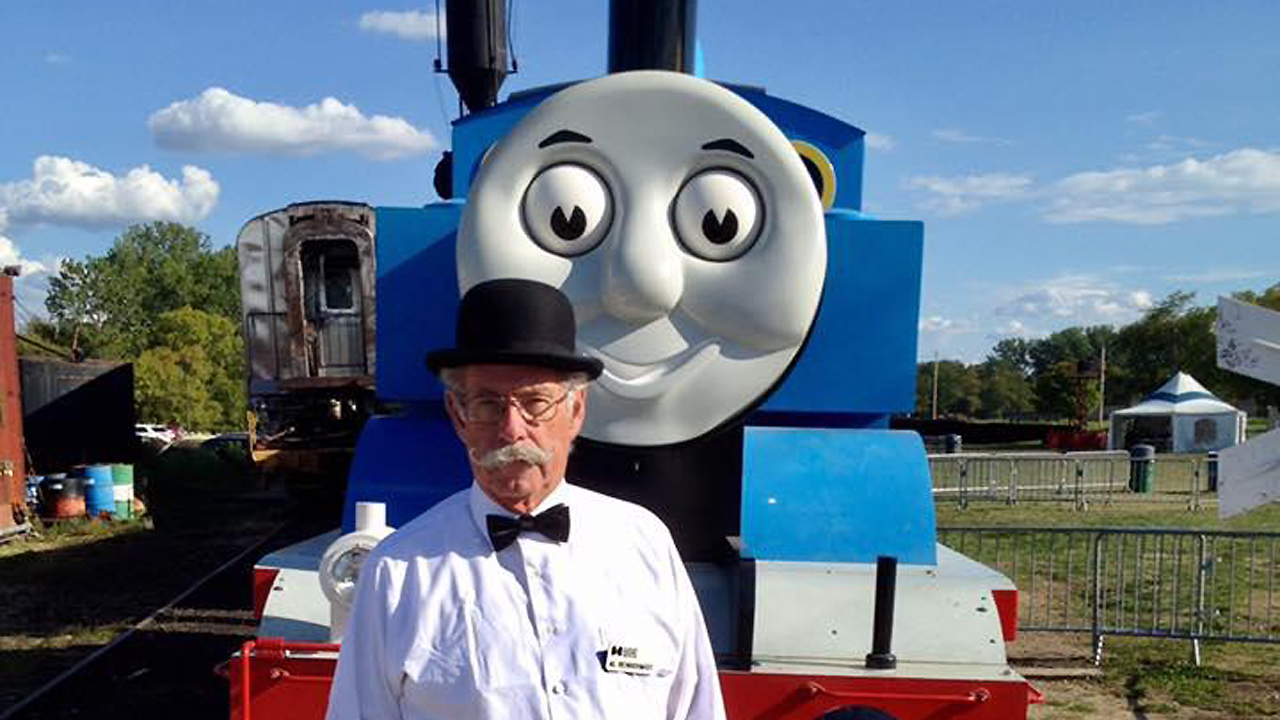 Dr. Albert J. Reinschmidt touched the lives of many during his railroading career, which spanned more than 40 years. With his passing on Jan. 5, 2018, the international railway industry lost a great leader and friend. But Al’s memory lives on through the Albert J. Reinschmidt Memorial Scholarship Fund.

What began as a dream of the “Friends of Al” is now entering into its third year providing scholarship funds to students of railway engineering. The scholarship fund was founded to commemorate Al’s many contributions to advancing the state of the art in railway engineering, and his support, encouragement and mentorship for colleagues and students in their pursuit of knowledge in the field.

Al, often known as “Dr. Track,” studied at the University of Illinois as an undergraduate and graduate student, completing his B.S., M.S. and Ph.D. degrees under the supervision of Professor William W. Hay, renowned in the railroad engineering community. Al was Professor Hay’s last doctoral student.

Al taught railway engineering at the University of Illinois and the Pennsylvania State University before joining the Association of American Railroads (AAR) and Transportation Technology Center, Inc. (TTCI). He retired as Vice President of TTCI in December 2011, after 40 years in railway research and technology development.

A civil engineer by education and training, Al’s research during the early part of his career was primarily in track deterioration and maintenance planning. He was particularly involved in design criteria for track construction and remediation, including track component selection for optimum lifecycle costs under the effects of heavy axle loads (HAL).

Al quickly became involved in vehicle/track interaction research, particularly to study the short- and long-term effects of track irregularities on vehicle performance and vice versa. Examples include his involvement in the operation of instrumented freight cars to measure the effect of track disturbances, the development of TTCI’s Track Loading Vehicle (TLV) to measure track system response to varying loads and wheel impact measurement. At the AAR in Washington D.C., he was responsible for establishment and maintenance of North American railway industry technical standards.

Al was also involved with railways overseas as part of the team working in the United Kingdom to develop a better understanding of the phenomena of rolling contact fatigue that led to practical inspection techniques and operational controls. He also assisted in a number of railway-related initiatives world-wide.

After retiring, Al volunteered at the Illinois Railway Museum and put special emphasis on helping introduce young children to railroading through the Thomas the Tank program.

The Albert J. Reinschmidt Memorial Scholarship Fund has been organized by a group known as the “Friends of Al Reinschmidt.” A set of organizational principles was developed that provide governance structure. All individuals who make donations (either one-time or periodic) to the Scholarship Fund are eligible to become members of the Friends of Al Reinschmidt organization. Similarly, companies or organizations that make donations are encouraged to become members and nominate a contact person to be an active member.

A website has also been established to provide more information:

The members meet annually to elect and provide overall direction to the Trustees of the Scholarship Fund, all of whom donate their time. The Trustees, in turn, elect a Head Trustee, a Secretary and a liaison to work with the Fund manager.

The scholarship funds are collected, invested and distributed by the Cedar Street Charitable Foundation, headquartered in Milwaukee. Donations are tax deductible at the time they are made, regardless of when the Foundation distributes the funds. At the direction of the Trustees, Cedar Street makes donations to institutions providing education in the field of railway transportation. The educational institutions, in turn, select worthy students to receive the scholarships.

The Friends of Al invite all to support the education of future rail industry leaders while honoring Al’s lifetime contributions by donating to the Fund. Donations in the form of checks drawn in U.S. funds may be sent to Cedar Street Charitable Foundation to the attention of:

Both the name of the scholarship fund, the Albert J. Reinschmidt Memorial Scholarship Fund, and the account number (668-142633) should be noted on the check, or on a letter that accompanies the contribution. All donations will be acknowledged by Cedar Street and the Trustees.