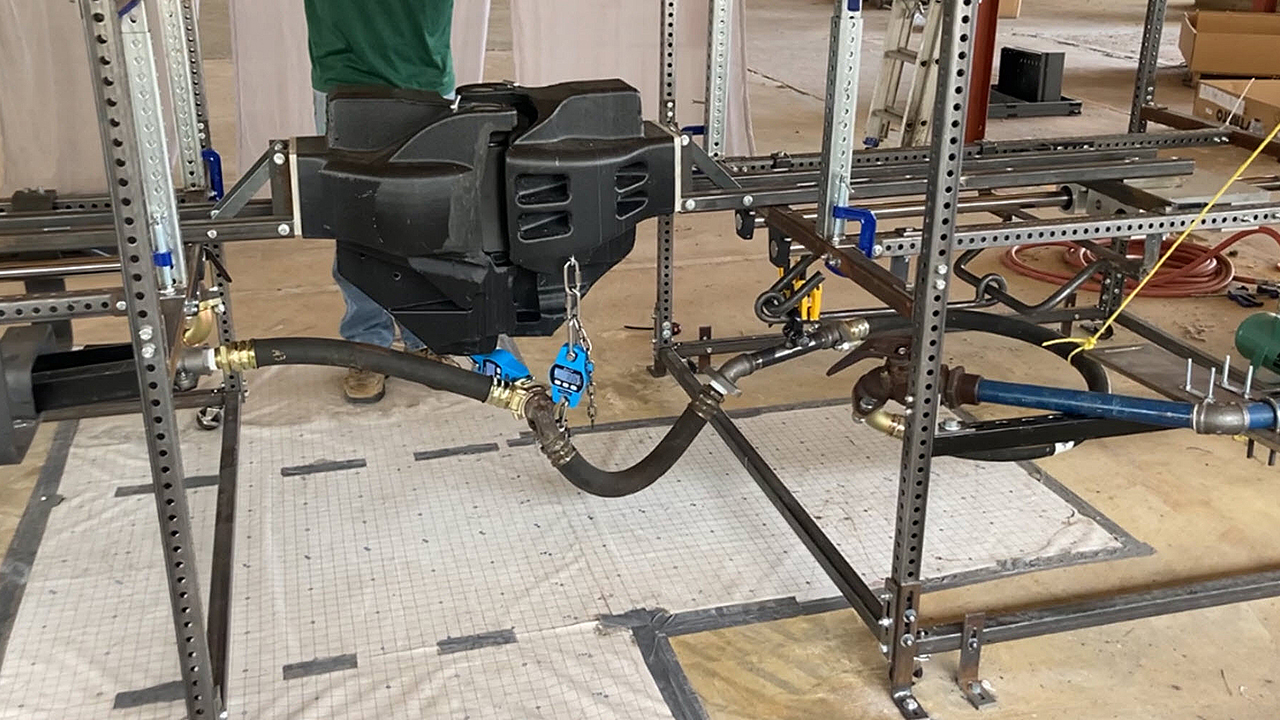 Although AHS and AHF can occur regardless of car and end arrangement types, data compiled by Railinc Corporation have suggested that cars equipped with end-of-car cushioning (EOCC) are significantly overrepresented relative to the fleet size.

The end hose connections on cars with EOCC must accommodate large longitudinal coupler movements and, in some cases, substantial lateral coupler swings. Flexible end arrangements have been developed to facilitate the movement of end hoses to maintain gladhand connections while the couplers are in motion relative to the cars.

MxV Rail constructed end arranged test rigs (Figure 1, above) to facilitate the testing of different end arrangement installations. An initial test matrix was designed to explore the end arrangement performance when similar and dissimilar coupled cars were subjected to eight common car position scenarios, including buff and draft strokes on tangent and curved track. During the initial tests, the end arrangements and accessories were installed according to their respective design specifications. As a result, no AHS or AHF have been observed during the initial testing. In general, the configurations have performed well with no substantial gladhand peaking or hose kinking. No excessive forces at the gladhands or air hose supports have been measured.

Considerable differences exist between the lightweight semi-stationary test rigs and freight cars in motion. The relative force and impact exerted by end arrangement components are most likely significantly lower on the test rigs. Also, laboratory testing did not provide an environment with vibration or vertical displacements, both of which would be expected in revenue service.

Several key findings can be drawn from this work. First, end arrangements in the as-built condition, regardless of style, perform sufficiently in the lab environment and do not cause hose separation or brake pipe leakage.

Finally, test results showed the two most important mitigations for end-arrangement-related AHS and AHF include: