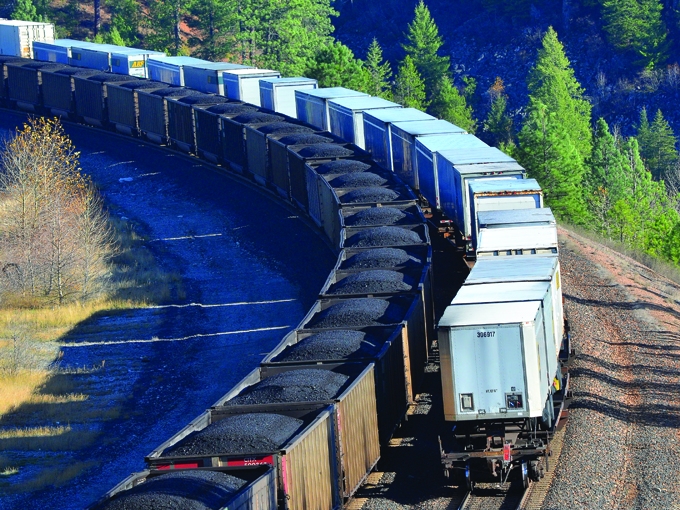 Since March we have been very cautious on the near-term prospects for the railroad stocks, warning investors on multiple occasions about the disappointing volume outlook for the group. These warnings have proven timely as the group has fallen 9% in 2Q 2015 and 14% year to date. Earnings expectations have been coming in, but the big question in the minds of investors has been if/when to put more money to work in the railroads. We believe the group is still a good long-term spot for investors to park their money but acknowledge that timing will be imperative in order to maximize returns.

Rail stocks have been coming under pressure in 2015, largely due to cyclical and timing issues. Despite some saying the recent trends are “death knells” for the rail group, none of the issues appear structural in nature, in our opinion. Last year, rail volumes soared, forcing most carriers to play catch up in terms of people and power for most of 2014 and creating difficult comparisons for this year. The second quarter represented the most difficult year-over-year volume comparisons for the rails, while the third and fourth quarters were also strong. This high hurdle, coupled with overall carload weakness, has driven volumes down in 2015. The carload weakness has been driven primarily by coal, agricultural products, metals, and non-metallic minerals. Coal’s ongoing slide is attributed to a combination of lower natural gas prices, plant closures, a strong U.S. dollar, weak demand from China and continued cheap prices for Australian coal. Agricultural weakness has been driven by the aforementioned impacts of the U.S. dollar on grain prices, which has pushed more product into storage. Metals and non-metallic minerals have also suffered from lower frac sand demand and currency pressures, as well as overproduction of metals by Asian countries. (It should be noted that anti-dumping cases have been filed by the U.S. against several Asian countries and Italy.)

The bright spots for the rails have been intermodal and automotive traffic, which are up 3.4% and 5.2%, respectively, this year. Intermodal demand remains high even as carriers are hiking rates and the economy is sluggish. We attribute this to the continued tightness in the truckload marketplace and fears by the shipping community that the lack of available drivers will not be solved any time soon by the industry. Automotive traffic continues to flow as U.S. auto sales have outpaced expectations, with data in May showing a 2% gain, with 1.64 million cars and trucks being sold. Despite this strength, total rail traffic remains under pressure in mid-June and is not likely to make a significant recovery in 2015 in our view.

As we head into second-quarter earnings, investors will be looking for positive signs, and we believe there will be some. Indeed, pricing should continue to show strength for the rails, with truck competitive freight leading the way. Railroads are also likely to support their shares at a greater-than-anticipated rate, as companies take advantage of the selloff in their own shares. This selloff has placed most rail names down 11% to 23% for the year, with CSX being the lone exception, down just 4.6% due to ongoing speculation of activist involvement. This has left the rail group average trading at 14.3x 2016 earnings expectations, down from their average of roughly 17.0x over the past five years and below the current S&P 500 multiple of approximately 21x. The more shares fall and the more earnings expectations come in, the more quickly our near-term concerns for the group go away. In that scenario, investors could see the purchases of rail stocks de-risked even further than they already have been. Longer-term investors are likely in a good position to pull the proverbial trigger as they are close to seeing the whites of the railroads’ eyes.