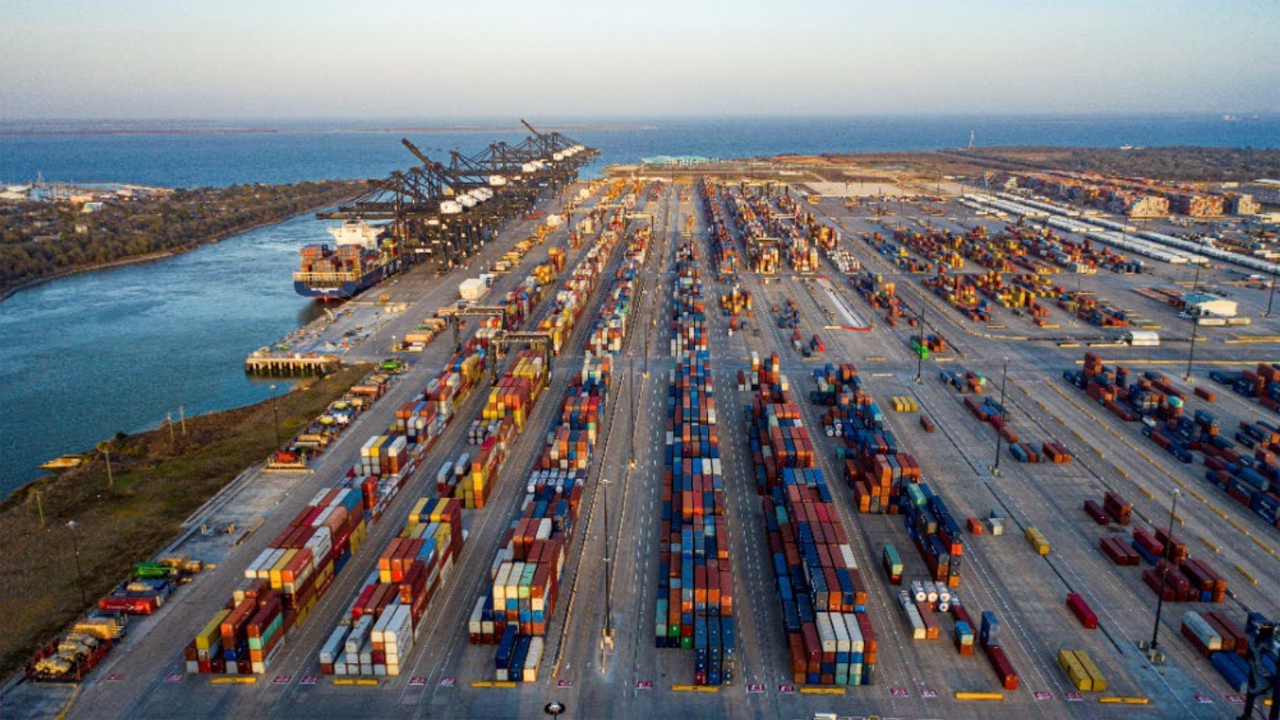 Port Houston is a 25-mile-long complex of nearly 200 private and public industrial terminals along the 52-mile-long Houston Ship Channel. The eight public terminals are owned, operated, managed or leased by the Port of Houston Authority and include the general cargo terminals at the Turning Basin, Care, Jacintoport, Woodhouse, and the Barbours Cut and Bayport container terminals.

Port Houston said it had “consistent double-digit growth” at Bayport and Barbours Cut container terminals from January through November 2022. In December, however, “volumes dipped compared with the record 2021 activity, a softening of demand that mirrors other gateways across the country,” according to the Port. A total of 292,027 TEUs were handled at Port Houston during December, down 12% from December 2021. Loaded container imports fell 16% in December, while exports rose 7% year-over-year.

Steel imports through Port Houston were up 25% in December and 49% for the year, according to the Port, which noted that at more than 5 million short tons, 2022 was the highest year for steel import tonnage in more than five years. Steel import products with large increases included line pipe, standard pipe, oil country goods, heavy structural shapes and wire rods, Port Houston said. While down 29% for the month of December, auto import units ended the year 7% up, and bagged goods imports were up 50%, the Port added.

“The record growth seen over the last couple of years has been supported by continued investments in Port Houston terminals as well as the immense dedication of the Port Houston staff and ILA labor who are committed to moving our region’s cargo,” Port Houston Executive Director Roger Guenther said. “As we always have, as we head into 2023 we will continue to stay in front of the curve to provide exceptional service.”

Empty imports and exports rose 10.8% and 15.2% respectively, continuing to empty seaport storage facilities, which will ease port congestion and improve the flow of cargo, noted the Port, which oversees the Oakland Seaport, Oakland International Airport, and nearly 20 miles of waterfront including Jack London Square.

“Despite historical fourth-quarter increase in demand, domestic inventories were reported to remain high, curbing the demand for new merchandise,” according to the Port. “Freight rates continue to decline considering the decrease in demand for goods.”

“The variation in cargo volumes and the relocation of containers is to be expected as the economy emerges from the COVID-19 pandemic,” Port of Oakland Maritime Director Bryan Brandes said. “The return of empty containers to Asia is a positive step to avoid future Port congestion.”

In related developments, the ports of Los Angeles and Long Beach in California reported 2022 as their second-busiest year, with 9.9 million TEUs and 9.13 million TEUs, respectively; South Carolina Ports announced a record 2022, moving nearly 2.8 million TEUs; Georgia Ports Authority handled a record 5.9 million TEUs in Calendar Year 2022; and Port of Virginia achieved its “most productive year on record” having processed more than 3.7 million TEUs in 2022.