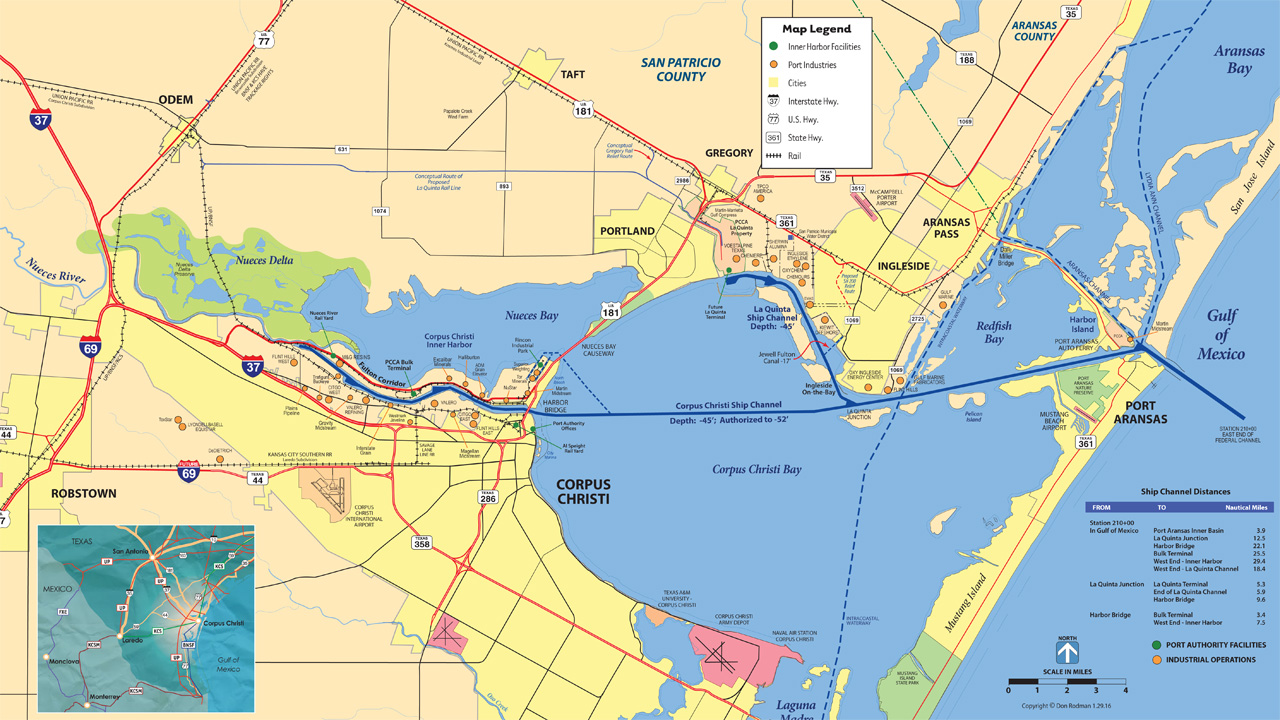 The Port of Corpus Christi (Tex.) is located on the western Gulf of Mexico with a 36-mile, soon-to-be-54-foot (MLLW) deep channel and a 63-mile short line.

Watco has signed a 10-year contract with the Port of Corpus Christi in Texas to become operator of the 63-mile short line servicing the port.

The port on March 9 said it has allocated “significant capital” in recent years on rail infrastructure upgrades, including an approximately $12 million expansion project near the port’s Bulk Materials Terminal, which is slated for completion later this year.

In addition to moving U.S.-produced energy via the Corpus Christi Ship Channel, the Port of Corpus Christi hauls a range of commodities through its rail system, including wind turbine components, agricultural commodities, refined fuels and military cargo, and offers interchanges with BNSF, Kansas City Southern and Union Pacific.

“The port is excited to conclude a selection process that received great reception from outstanding short line companies, and we want to thank our consultants at Bluejay Advisors for their assistance in bringing the effort to conclusion,” Port of Corpus Christi Chief Operating Officer Clark Robertson said. “We believe Watco will continue best-in-class, customer-friendly service that our customers expect. The port has seen its rail business more than double over the past few years and with this agreement and expanding infrastructure is well positioned to drive continued growth for the Coastal Bend region.”

“As one of the largest rail and port terminal operators in North America, we see the potential for growth, expansion and economic development in the region,” Watco Chief Commercial Officer Stefan Loeb said. “We look forward to building our partnership through the years.”