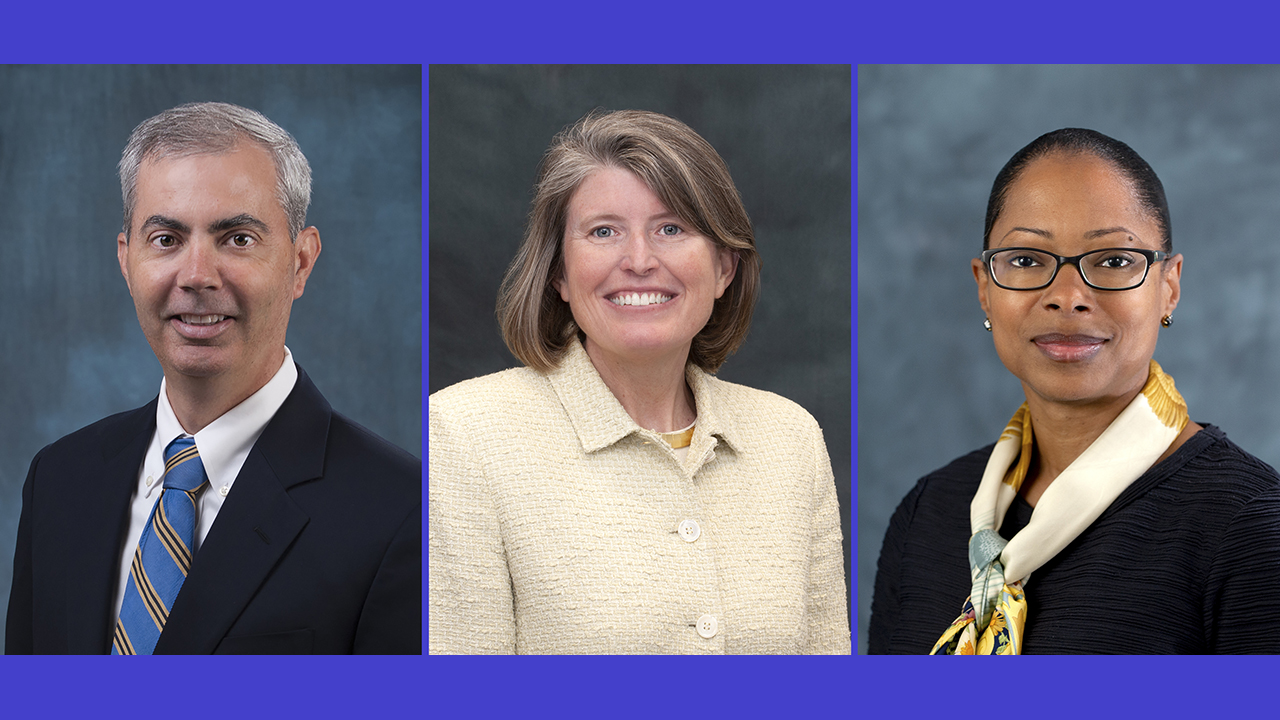 Sutherland joined NS in 2018 as Vice President Law. Prior to NS, Sutherland held various government and corporate legal positions, including serving as CEO and Chairperson of the U.S. Chemical Safety and Hazard Investigation Board and as Chief Counsel with the U.S. Department of Transportation Pipeline and Hazardous Materials Safety Administration (PHMSA). In her new position, Sutherland will oversee legal matters.

The three officers, as well as the company’s Government Relations Department, will report to Chairman, President and CEO Jim Squires. “Norfolk Southern’s new strategic plan is a mission to transform our company for next-generation railroading,” said Squires. “John, Annie and Vanessa are ideally suited, and now, perfectly positioned to ‘Reimagine Possible’ to better serve customers, help employees thrive and support the communities across our network.”

At the same time, NS broke ground on its new Atlanta, Ga., headquarters, joined by Georgia state and city leaders.

The headquarters site is in “Tech Square,” described as “a hub of innovation, technology and talent in the heart of Midtown Atlanta with close ties to Georgia Tech, a continual source of talent for Norfolk Southern’s management trainee program. In addition, with easy access to MARTA, highways in every direction, and a world-class airport, NS employees will be close to home, close to the NS rail network, and just a step from partners and customers in North America and across the globe.”

The railroad engaged Atlanta-based Cousins Properties to oversee construction of the new headquarters complex. NS and Cousins Properties “are designing a campus that reimagines the employee work environment and experience,” NS said. “Amenities to help employees thrive will include a vibrant on-site dining facility, an adjacent rooftop garden and private greenspace, a comprehensive fitness center, state-of-the-art conference and training facilities, on-site child-care, and a variety of individual and shared workspaces to serve employees’ diverse needs while promoting interaction and collaboration.”

Located on a 3.4-acre property at 650 West Peachtree St., between Ponce de Leon Avenue and Third Street, the two-tower glass structure will feature approximately 750,000 square feet of office space. A campus-style hub will connect the two towers, “serving as a destination for employees to work and socialize throughout the day,” NS noted. “Outside, a lush entry plaza will welcome employees, guests, and neighbors into the building’s main lobby, where they can enjoy soaring ceilings, beautiful views and a bustling coffee shop open to the public.”

Plans call for the building to be completed and occupied by Norfolk Southern in third-quarter 2021. NS said the headquarters relocation will bring approximately 850 jobs to Atlanta with an average salary of $105,000 and generate an economic impact of around $811 million for the region.

Through Southern Railway and other predecessor railroads, Norfolk Southern traces its roots in Atlanta to the mid-1840s. Currently, more than 2,000 NS employees work in Midtown Atlanta at the company’s Peachtree Street operations center, about one mile from the new headquarters site. Around 500 employees work at the company’s Norfolk headquarters. The railroads’s migration to Atlanta has begun, with 300-plus dispatchers already relocated and in place at the company’s newly opened Network Operations Center. The first wave of Norfolk-based employees relocates in July; the consolidation will be complete when the new headquarters building is finished.

“Moving Norfolk Southern’s headquarters to Atlanta drives our railroad forward as we ‘Reimagine Possible’ and create an even brighter future for our company,” said Jim Squires. This is an exciting day: We break ground on a new headquarters building, and equally important, begin a new chapter of our railroad’s proud history in Atlanta. Today, we celebrate the start of an exciting era of collaboration and alignment for the NS corporate team.” 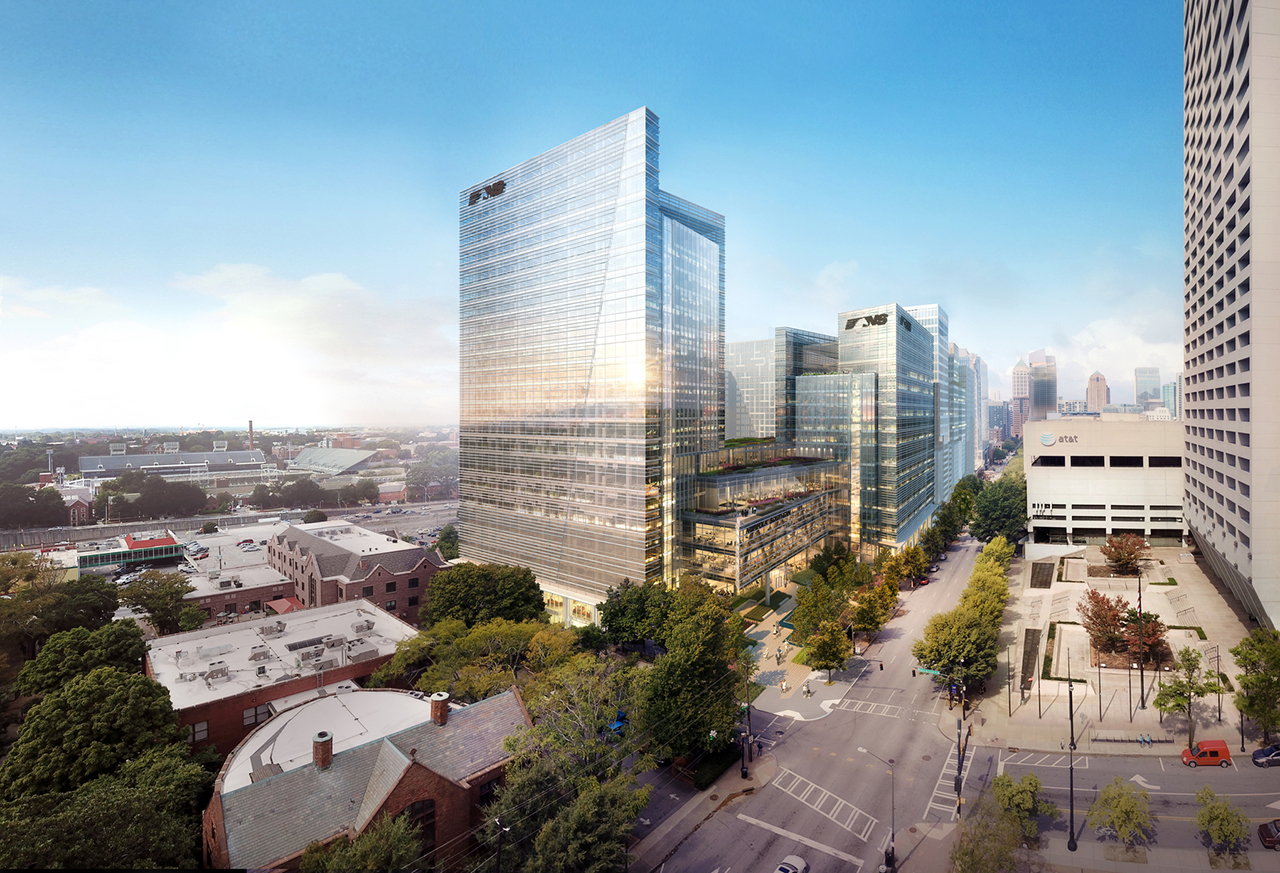 Among state and local leaders joining Jim Squires for the event were Georgia Gov. Brian Kemp and Atlanta Mayor Keisha Lance Bottoms. Both the state and the city worked closely with Norfolk Southern on development agreements that contributed to the company’s decision, announced in December, to relocate its corporate headquarters from Norfolk to Atlanta.