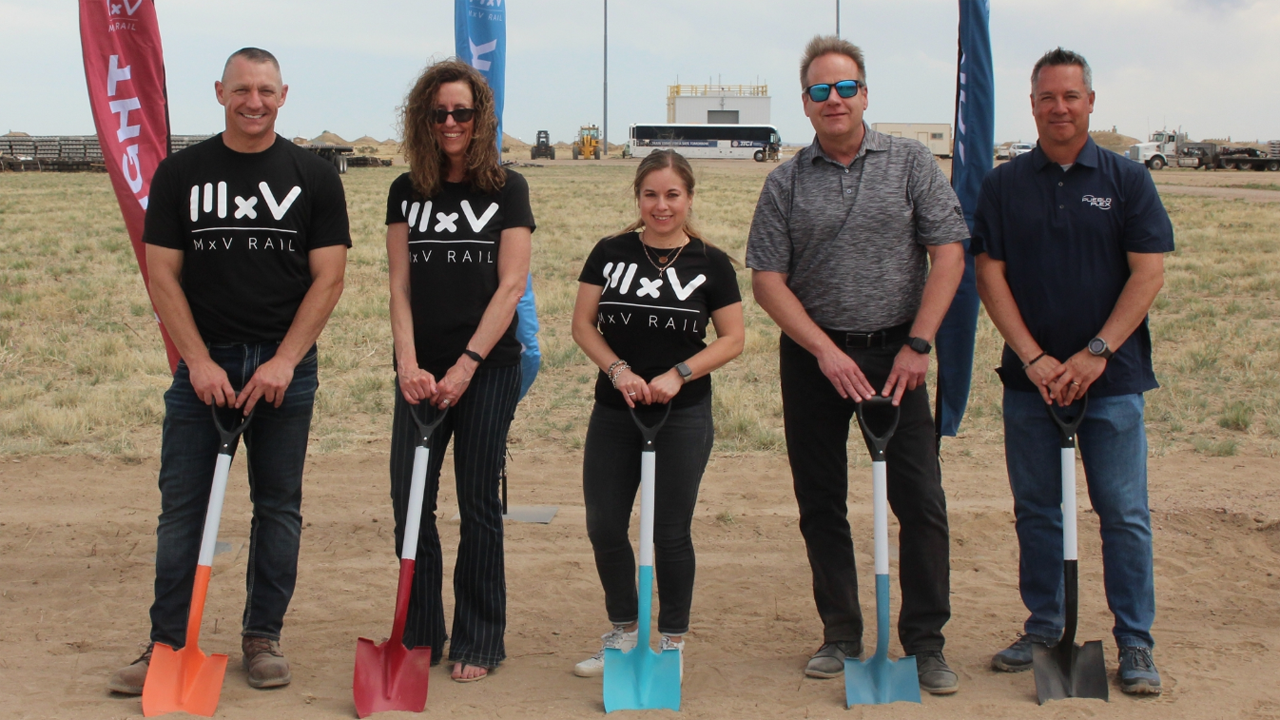 Construction is under way at MxV Rail’s new railroad testing facility at the PuebloPlex campus in Colorado, which is set to open this fall.

MxV Rail—the wholly owned subsidiary of the Association of American Railroads (AAR) that was formerly known as TTCI—on May 19 reported the groundbreaking of its High Speed Loop (HSL). It is part of MxV Rail’s new, larger, independent facility being established at PuebloPlex in Pueblo County, just south of the existing U.S. Department of Transportation (Federal Railroad Administration)-owned Transportation Technology Center (TTC).

HSL, slated for completion in September, will be MxV Rail’s largest test loop at 5.8 miles. It will support such freight and passenger rail programs as the AAR’s M-976 truck testing, performance testing for new rail technologies, and qualification testing for rolling stock.

“This new facility is the chance of a lifetime for our team of railroad experts and specialists,” MxV Rail AVP of Operations Shawn Vecellio said. “We took the best aspects of our old test loops and designed track not only capable of supporting today’s rail industry, but also an ideal test bed for proving tomorrow’s transportation innovations.”

The company added that it is in the process of moving an estimated $75 million-$100 million in assets to support all facets of operations at the PuebloPlex facilities and at office and laboratory space in the Pueblo Industrial Park.

“Few places in the world provide real-world conditions for rail technology testing,” MxV Rail President & CEO Kari Gonzales said.  “The combination of the team at MxV Rail and our newly designed infrastructure puts any rail research or testing project in the best of hands. We are on schedule, and the credit for this milestone goes to the team of talent at MxV Rail and the support of our partners at PuebloPlex.”