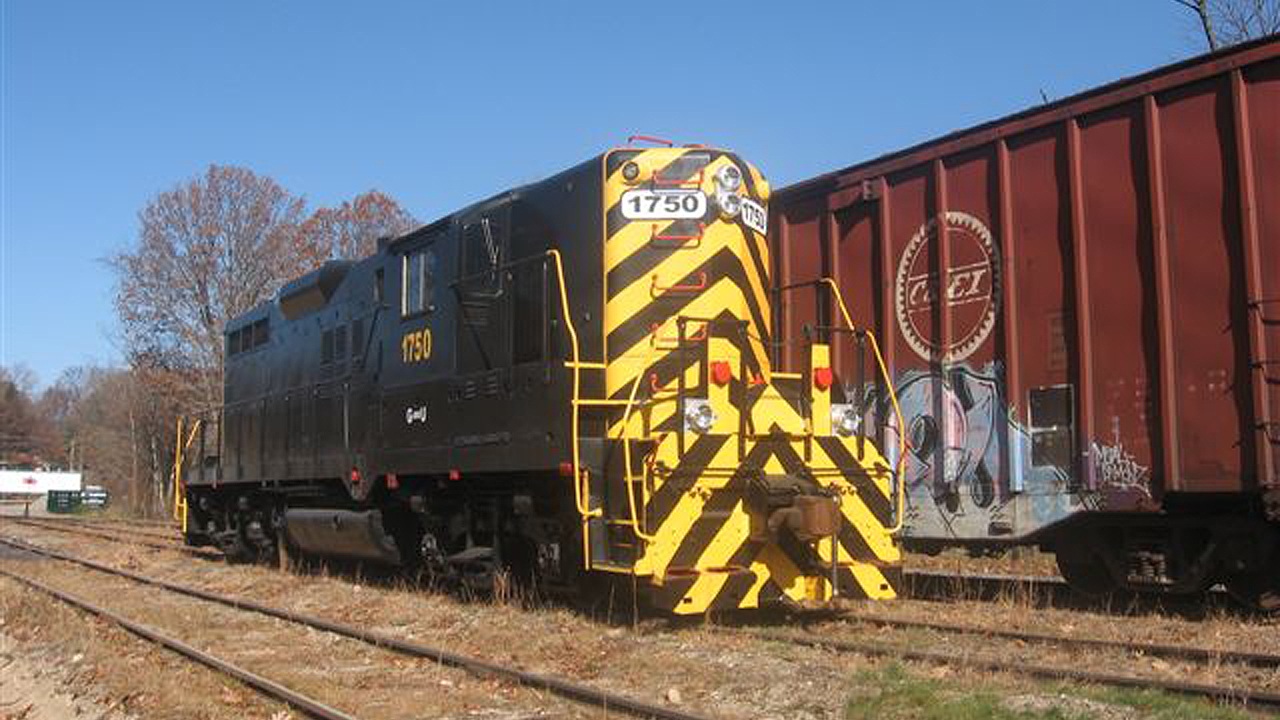 The Grafton and Upton Railroad is one recipient of an IRAP grant. Wikipedia/NJPolselli

State funding for the five projects is set to be matched by more than $2.4 million in private funds.

Massachusetts Gov. Charlie Baker said the grants will also help support economic development and job growth throughout the state by providing businesses with enhanced access to rail and freight infrastructure.

“We are pleased to partner with these companies to leverage public and private funds to continue strengthening our transportation system through the development of rail infrastructure projects,” Gov. Baker said.

Grants to railroads, rail shippers and municipalities are provided through IRAP that identify a public benefit gained through improved rail transportation use, officials said.

“Investing in rail and freight infrastructure helps lower the number of trucks on our roadways which reduces congestion and greenhouse gas emissions,” said MassDOT Secretary and CEO Stephanie Pollack. “The IRAP program is a unique opportunity to improve our transportation infrastructure while enabling job creation and economic growth, and we look forward to seeing these important projects carried out.”

The schedule for the five projects, in addition to previously approved projects, will provide a spending program consistent with the Capital Improvement Plan’s FY19 budgeted costs for the IRAP Program.

Other awards from the program could be granted later in the year, officials said.

Applications for the program were received from various freight rail-supported businesses statewide.

MassDOT says projects are approved based on consistency with program requirements and the level of public benefits offered, such as system preservation, mobility, economic development and safety.

The 2018 grant recipients so far include:

The project will allow an existing solid waste handling facility in Wilbraham to load outbound waste into railcars for shipment to out-of-state landfills. Following the restoration of rail service to the site, the facility will begin to process municipal waste as well as construction and demolition debris. The project entails building one loading track and five storage tracks for a total of 6,000 feet of new track. When the project is complete, the facility will be served by more than 1,500 rail cars per year year and eliminate 7,500 regional truck trips annually.

This project is set to enable the Middlesex Corporation’s concrete batching plant in Littleton to receive sand and stone by rail instead of truck, eliminating about 12,800 truck trips from area roadways. The IRAP project will include the construction of 2,385 feet of new track and the addition of two new rail switches on the project site. The restoration of the siding to the property is expected to allow for the estimated delivery of 1,600 railcars annually.

The project is intended to restore a bottling facility (formerly Very Fine) and improve operations at a co-located manufacturing facility. The project, which entails the restoration and extension of an existing rail siding, will be used for the delivery of inbound raw materials in support of manufacturing plastic containers and consumer beverages.The project’s completion will allow for the anticipated delivery of 330 railcars per year, cutting about 2,500 regional truck trips.

This project will improve rail operations at a gelatin manufacturing facility leading an increased volume of rail deliveries and the associated reduction in product delivered by truck.

The planned work will allow more product to be stored on site, minimizing the risk of plant shutdown during storm events and a reduction of train movements through busy Peabody Square.

This project will support increased rail volumes to the transloading rail facility in Upton. The project entails the construction of two new tracks that will allow for the delivery and storage of paraffin wax to the Grafton and Upton Railroad.

The project, located on-site at the existing facility, is expected to boost annual rail volumes by 250 railcars and cut the regional growth of truck traffic by eliminating about 1,500 truck trips.