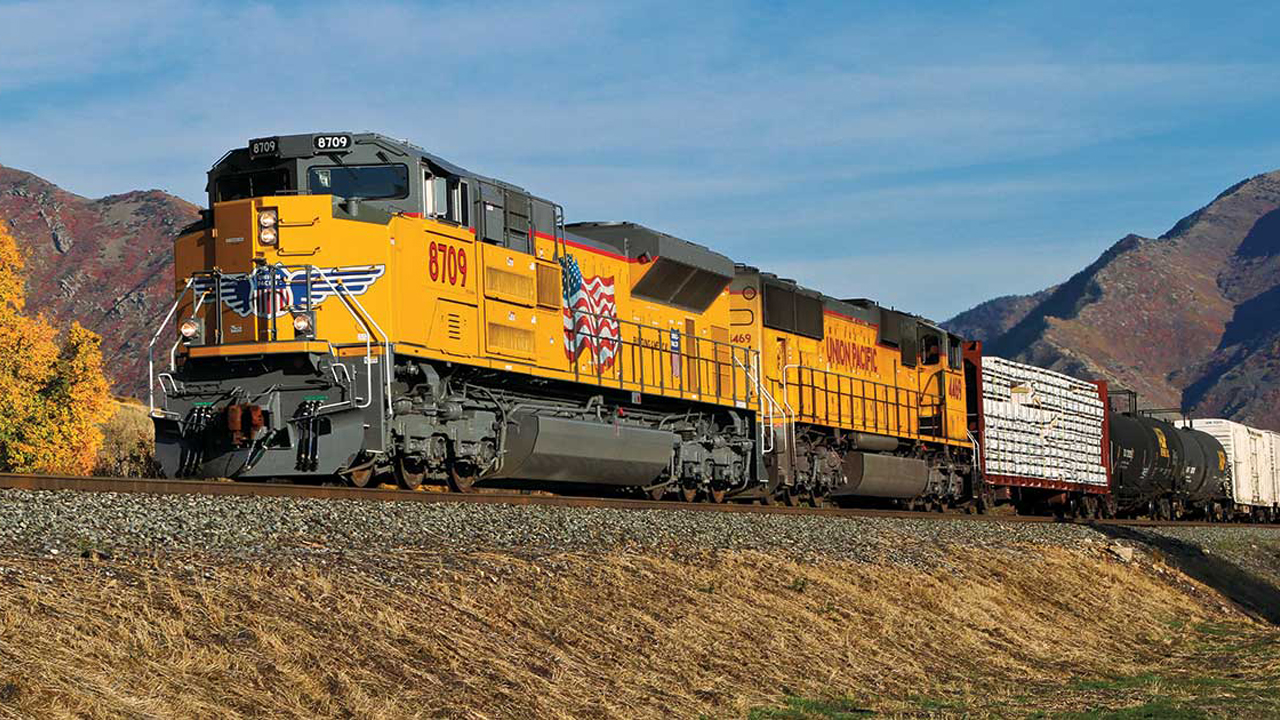 The record quarterly OR was achieved despite a 7% operating revenue drop of $5.5 billion, compared to third-quarter 2018. Third quarter business volumes—measured by total revenue carloads—decreased 8% compared to 2018. Growth in industrial volumes was more than offset by declines in agricultural products, premium and energy shipments.

“UP reported third-quarter EPS of $2.22, up 3% y/y, but below our and consensus estimates of $2.30,” said Cowen and Company Managing Director and Railway Age Wall Street Contributing Editor Jason Seidl. “Operating income decreased 2% to $2.23 billion, coming in short of our and Street forecasts of $2.33 billion and $2.34 billion, respectively. The company’s record OR of 59.5% was 220 bps better than last year, but 50 bps worse than our estimate and 80 bps worse than consensus. Quarterly revenues declined 7% to $5.51 billion, below our and consensus estimates of $5.68 billion and $5.66 billion, respectively.”

“UP’s results continue to be a victim of the uncertain macroeconomic environment and cheap trucking rates, among other competitive pressures, as evidenced by their 8% volume decline in the quarter,” Seidl added. “As a result, UP now expects 4Q volumes to resemble 3Q volumes in the range of –8%, well below our –3% estimate at the time of the release. However, UP maintained its 2019 and 2020 OR guidance ratios of sub-61% by 2019 and below 60% by 2020. UP now expects 2019 capex to be $3.1 billion, down $100 million, and believes its will achieve $500 million in productivity savings in 2019.”

“Union Pacific continues the cost reduction aspects of running its version of PSR,” noted Railway Age Contributing Editor Jim Blaze. “Employee headcount fell by 13% y/y, or roughly down 5,660. UP closed Neff hump yard at Kansas City, and reduced classifications at Davis Yard in central California. Alexandria Yard switching has shifted to Livonia. System-wide UP yard terminal dwell hours improved y/y by about 20%. System-wide train velocity (average miles per day) improved by 10% y/y.
Yet, overall UP train speed between major yards dropped by about 1%. Why? Because long road trains more often this year are used for enroute switching movements of cars.

“UP trains are a lot bigger y/y, as system-wide main line train length is up by 15%. This reduces train start costs and increases productivity per average train crew. There has been a 21% increase in train length in the Chicago-Texas Mid-America Corridor, and an 18% increase in the Sunset Corridor between Southern California and Santa Teresa, N.Mex., which is just west of El Paso, Tex.

“UP is using 2019 capex to add more passing sidings and lengthen existing sidings in New Mexico, Arizona, and Texas on the Sunset Corridor. The railroad continues to use fewer locomotives per train as a cost-savings measure. That reduced available locomotives used for train service by about 18% y/y. UP had 2,600 locomotives stored as of Sept. 30.

“None of these efficiency measures so far are evidence of direct customer service or better customer pricing-derived PSR benefits. Average freight car loads per month have not been shown to be improving. That is important, because more than two-thirds of the 1.67 million national railcars are owned or leased by shippers and/or receivers, not by the railroads.

“Given the challenging volume environment, we delivered solid third-quarter financial results, including an all-time best quarterly operating ratio of 59.5%,” said Lance Fritz, UP Chairman, President and CEO. “The work our employees are doing as part of Unified Plan 2020 is foundational to the company’s success, and I am confident there are additional improvement opportunities going forward for our customers and shareholders. We look forward to building on our Unified Plan 2020 successes as we provide a highly consistent and reliable service product for our customers. We remain squarely focused on driving long-term shareholder value by appropriately investing in the railroad and returning excess cash to our shareholders.”