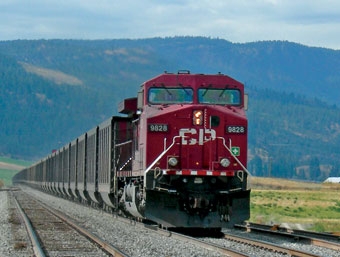 Canadian Pacific Railway Limited announced on April 28, 2016 that the Toronto Stock Exchange (TSX) has accepted its notice to implement a normal course issuer bid (NCIB) to purchase, for cancellation, up to 6,910,000 common shares or approximately 5% of CP's "public float", as at April 19, 2016. The NCIB is scheduled to commence on May 2, 2016 and is due to terminate no later than May 1, 2017.

Purchases of CP common shares under the NCIB may be made through the facilities of the TSX, the New York Stock Exchange (NYSE) and alternative trading platforms by means of open market transactions or by such other means as may be permitted by the TSX and under applicable securities laws, including by private agreement pursuant to issuer bid exemption orders issued by applicable securities regulatory authorities. The price CP will pay for any common shares will be the market price at the time of purchase or such other price as may be permitted by the TSX. Any private purchase made under an exemption order issued by a securities regulatory authority will generally be at a discount to the prevailing market price.

As of April 19, 2016, CP had 153,059,426 common shares issued and outstanding. CP will not acquire through the facilities of the TSX more than 116,562 common shares during a trading day, being 25% of the average daily trading volume of CP common shares on the TSX for the six calendar months prior to the date of approval of the bid by the TSX and, in addition, will not acquire per day on the NYSE more than 25% of the average daily trading volume for the four calendar weeks preceding the date of purchase, subject to, in both cases, certain exceptions for block purchases.

The actual number of common shares that will be repurchased under the NCIB, and the timing of any such purchases, will be determined by CP, subject to the limits imposed by the TSX. There cannot be any assurances as to how many common shares, if any, will ultimately be acquired by CP.

CP believes that the purchase of its shares from time to time is an appropriate and advantageous use of its funds.