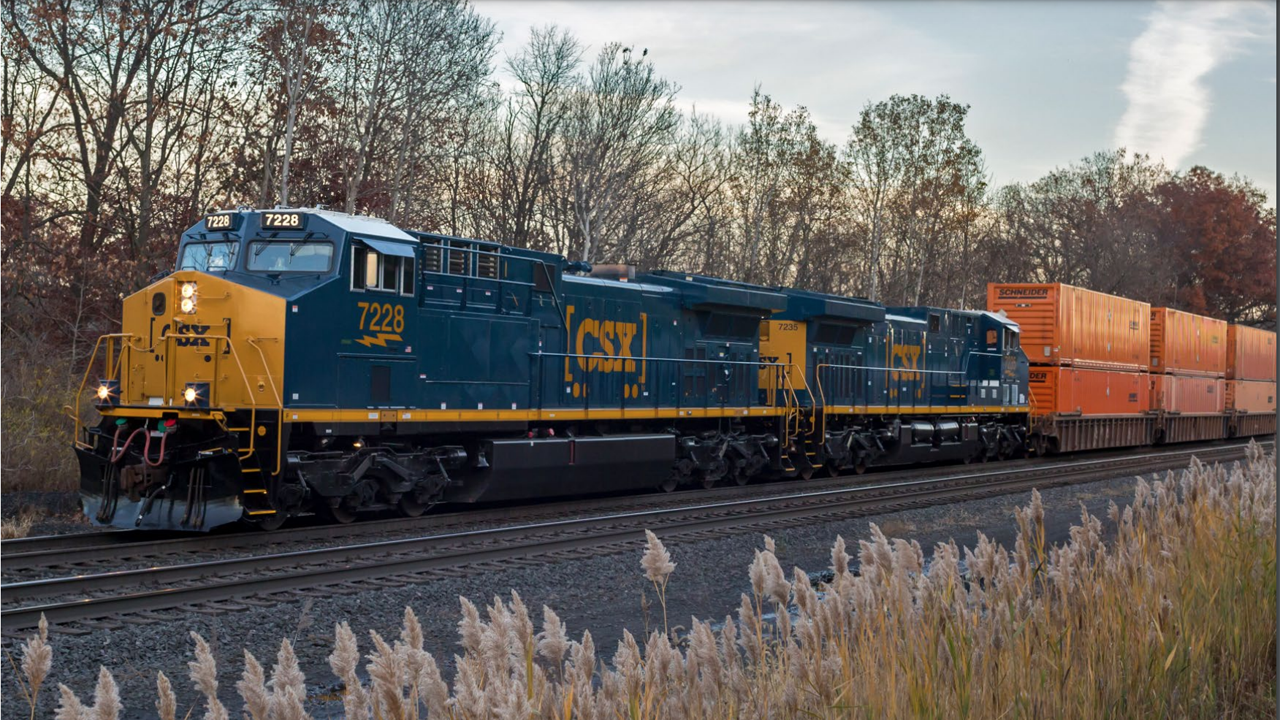 CSX has been named to the inaugural Forbes Green Growth 50 list of companies that are reducing greenhouse gas (GHG) emissions while growing profits; also, the Class I railroad will soon serve electric vehicle manufacturer Rivian Automotive Inc. in Atlanta, Ga.

CSX, which announced the “Green Growth” list recognition on Twitter, tied with Best Buy, Flowserve and JPMorgan Chase for the No. 39 spot. It is the only railroad—and the only transportation company—on the list, which also includes General Electric, Campbell Soup and Proctor & Gamble.

To build the list, Forbes teamed with Morningstar division Sustainalytics “to screen American public companies according to their emissions reductions,” according to the magazine report. “Limiting the search to companies with more than 100,000 annual tons of emissions and market cap greater than $5 billion yielded roughly 100 companies. Next, utilizing data from FactSet Research Systems, we looked at profitability. Only half made the cut—having increased profits (mostly measured by cash flow or EBITDA, but in some cases, we had to use net income) since 2017.”

Forbes listed CSX as having produced 13% earnings growth and 9% GHG reduction during the period.

“CSX is proud to be a leader in demonstrating that emissions reduction and growth can be achieved simultaneously,” CSX acting Head of Finance and Treasury Bill Slater said. “The company remains focused on identifying additional emission reduction opportunities across the business, while also helping customers reduce their emissions by converting freight off the highway and onto CSX.”

CSX also reported on Twitter that Rivian has selected the East Atlanta Megasite to develop a $5 billion manufacturing complex. Located adjacent to the CSX Georgia Road main line between Atlanta and Augusta, Ga., the site will be home to Rivian’s second major assembly plant.

CSX said it worked with state and local officials to market the site “as a prime location for a major automotive assembly facility,” and is working with Rivian on rail infrastructure design.

Rivian currently manufactures its R1T battery electric pickup truck at a plant in Normal, Ill., and will soon begin deliveries of its R1S sport utility vehicle. The R1T truck was recently named the 2020 MotorTrend Truck of the Year.

“As reinforced by Rivian’s selection of the East Atlanta site, CSX customers recognize the strategic advantages of rail in providing service that is safe, efficient, cost effective and better for the environment.” CSX Executive Vice President of Sales and Marketing Kevin Boone said.