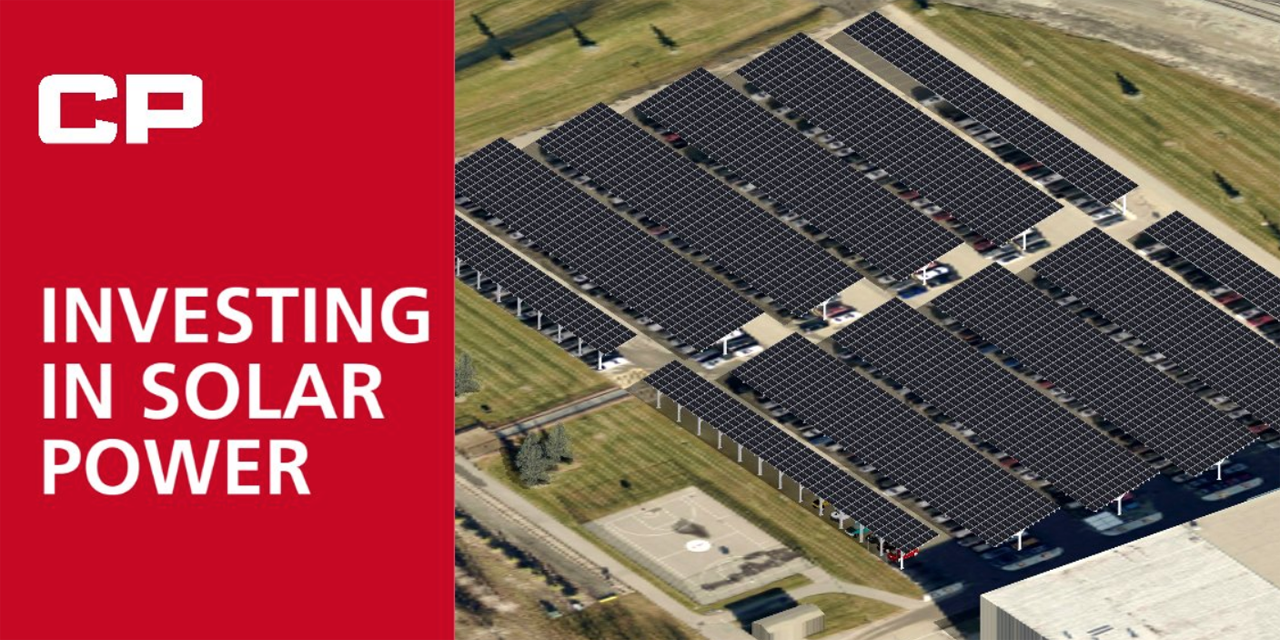 Canadian Pacific (CP) has begun work to install a solar energy farm at its corporate headquarters in Calgary. The installation “is expected to generate more power than consumed annually at CP’s main headquarters building by early 2021.”

The project, which will be built on five hectares and see 500 parking stalls covered and a solar garden created, aims to generate up to five megawatts of electricity while avoiding an estimated 2,600 tonnes of carbon emissions a year, equal to taking approximately 570 cars off the road. The project also aims to assist in reducing CP’s Scope 2 emissions, a category specific to indirect emissions related to electricity usage.

CP moved its headquarters, including its operations center, from leased downtown office space in Calgary to the company-owned 101 hectare campus in Ogden in 2013. The campus features large green spaces, walking paths, a cafeteria and other amenities.

On July 30, CP released its first public statement on climate change. The statement acknowledges the effects of rising global temperatures and lays out the company’s commitment to ongoing efforts to mitigate the impacts.

“At CP, we are sustainably driven and today’s announcement further exemplifies that,” said CP President and CEO Keith Creel. “We are taking advantage of our unique headquarters footprint in Calgary, just outside of the downtown core, to develop one of the largest private solar operations in the province. We look forward to seeing the project come on line in early 2021, and to having it featured as part of our beautiful, historic and expansive Calgary campus.”

“We recognize the importance of sustainability and are excited about the future in this space,” Creel said. “This innovative project will see us run our headquarters building on 100% locally produced renewable electricity, something not many companies can say.”