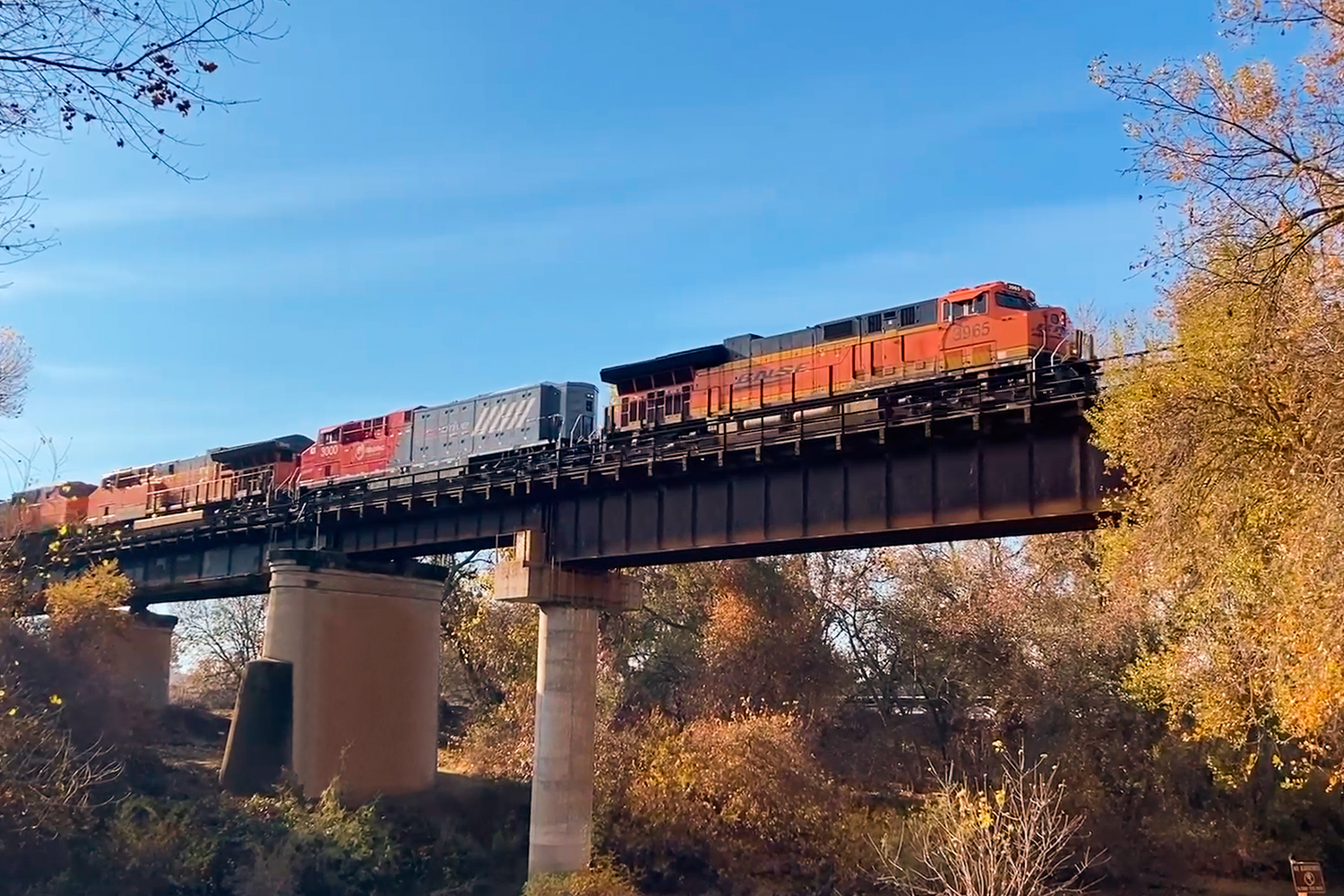 The limited embargo will take effect on June 27 and expire on July 31.

In response to “significant ongoing service challenges,” BNSF announced June 23 that it plans to issue a temporary permit embargo affecting some westbound traffic moving to destinations in California. The limited embargo, which will take effect on June 27 and expire on July 31, will impact automotive shipments, as well as specific agricultural and industrial commodities. Intermodal shipments, which are being managed through alternate means, are not affected

The service problems, as described in a Service Advisory, have included “an increase in congestion throughout Southern California the past few weeks due to several high wind events concurrent with high levels of traffic seeking to move through the region. In addition, flash flooding from monsoonal rains caused a service outage earlier this week on a portion of BNSF’s Southern Transcon near Laguna, Mexico, approximately 70 miles west of Belen, leading to service outages of both main tracks. Temporary speed restrictions were implemented while crews restored and inspected affected track resulting in additional congestion and reduced fluidity on the Transcon.”

“The resulting impacts have affected our ability to effectively align resources with freight volumes, particularly the efficient utilization of train crews in the region,” BNSF said. “While this embargo action will lead to some additional disruption to our affected customers in the short term, we are confident that this aggressive measure will provide the additional capacity needed to recover velocity and improve cycle times more quickly, as well as assist with resource availability.”

This embargo applies to all commodities being shipped to destinations in California from the following states in the BNSF network: Alabama, Arkansas, Arizona, Iowa, Illinois, Kansas, Louisiana, Mississippi, Missouri, Nebraska, New Mexico, Oklahoma, Tennessee and Texas. All eastern points of origin outside the BNSF network, which interchange through gateways located in the above states, are also included in this embargo.

For affected commodities, BNSF will issue permits, which must be requested one week prior to preferred shipment date, to embargoed destinations.