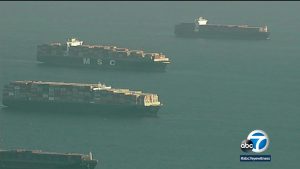 Years before Guns N’ Roses released “Welcome to the Jungle,” they set off on an adventure along the West Coast toward Seattle that would later become known as “The Hell Tour.” Their elected mode of transportation, a 1977 Oldsmobile with a U-Haul trailer, broke down and sent them hitchhiking for 40-plus hours, carrying only their guitars. They missed several shows and played on borrowed amps when they finally arrived.