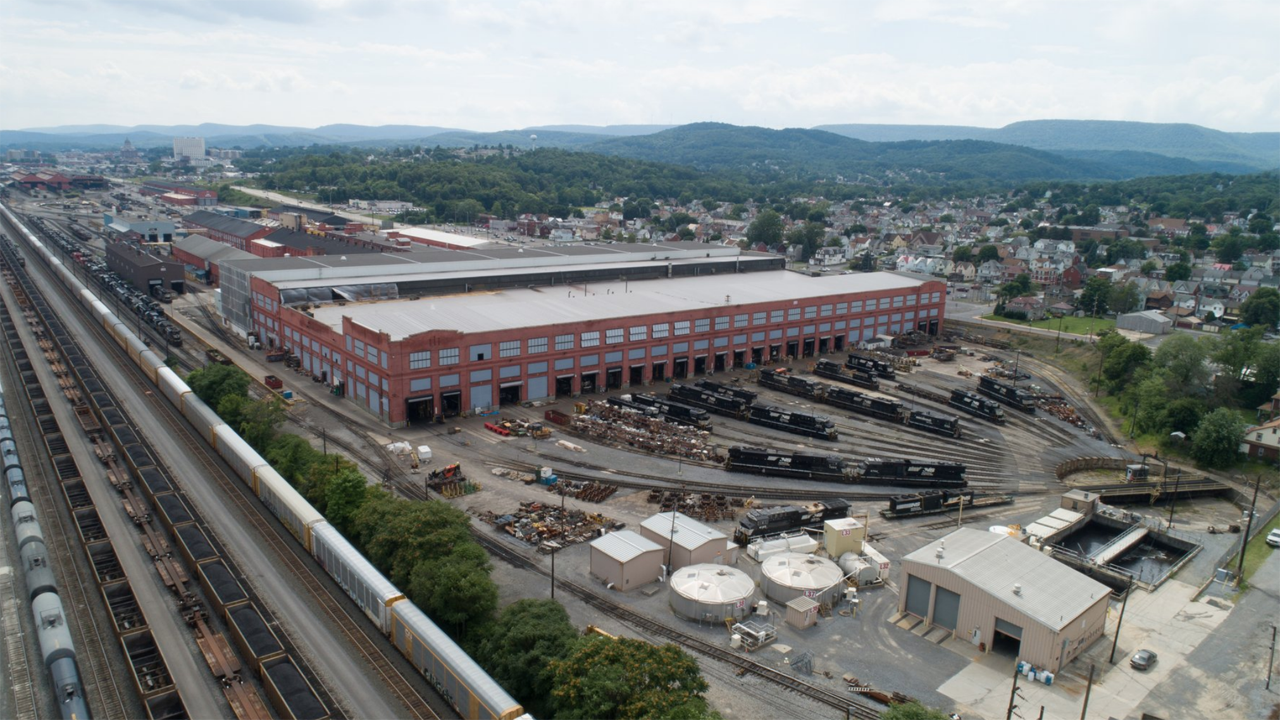 Norfolk Southern has signed agreements with Penelec and Met-Ed utilities to purchase 100% renewable energy to power its Altoona and Pittsburgh ops.

Norfolk Southern (NS) is purchasing 100% renewable energy to power operations in its Altoona and Reading, Pa., regions, the Class I railroad reported Oct. 6.

All electricity in the regions will be generated from renewable sources, including wind, solar, geothermal, biomass or hydroelectric. NS’ purchase agreements with Dynegy and Champion Energy will offset Scope 2 greenhouse gas (GHG) emissions produced from the electricity used for its offices and facilities, the railroad said. “As a result, Norfolk Southern will use renewable energy sources for approximately 28% of its electricity consumption in Pennsylvania.”

The agreements will help NS reach its goal of renewable sources comprising 30% of its total energy usage across the 22-state network by 2030, according to the railroad, which added it has “nearly doubled renewable energy usage to 18% in deregulated markets as of May 1, 2021.” Additionally, NS said these “clean energy purchases will be spread over one three-year and one four-year contract, amounting to nearly 59,000 megawatt-hours—enough to power approximately 5,900 average American homes for one year.”

In other developments, NS announced that it is adding capacity to the growing Louisville Intermodal market through its reopening of the Louisville, Ky. (Buechel, Ky.) terminal. On Oct. 4, the Louisville, Ky. (Buechel, Ky.) intermodal terminal opened for inbound traffic from Norfolk International Terminals, Va., and Portsmouth APMT, Va. (Virginia International Gateway) terminals only, the railroad reported.