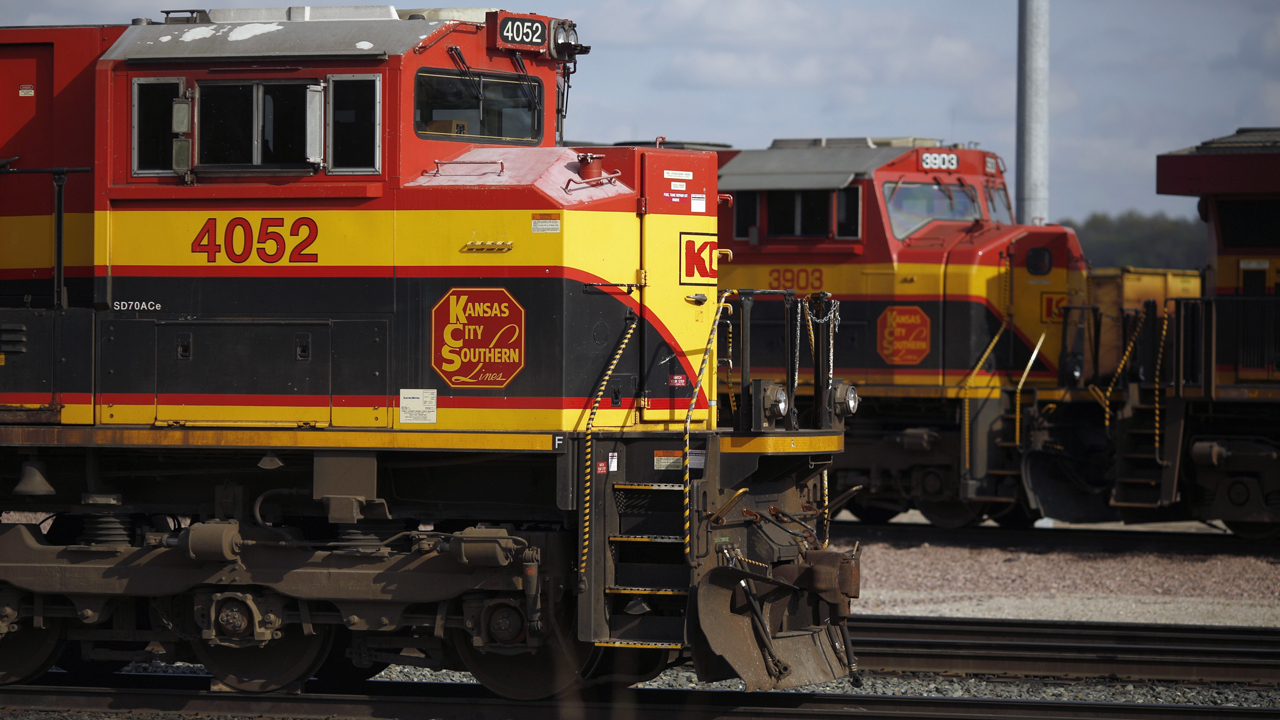 Revenue growth was led by a 19% increase in Chemicals and Petroleum due to an increase in shipments related to Mexican energy reform, and a 5% increase in Automotive. These increases were partially offset by revenue declines in the remaining four commodity groups. Energy revenues declined by 5%, as increased Utility Coal shipments were more than offset by declines in Frac Sand and Crude Oil. Industrial & Consumer Products and Agriculture & Minerals revenues each declined by 2%, and Intermodal revenues declined by 1%.

“[KCS] is handling the same volume as last year with fewer assets, fewer crew starts and considerably less network congestion, driving an improvement in customer service, operating metrics and cost profile,” said KCS President and CEO Patrick J. Ottensmeyer. “This improvement in cost profile helped us absorb a 130 basis point headwind to our adjusted operating ratio from the loss of the Mexican Fuel Excise Tax credit, while still improving profitability versus the prior year. I am extremely pleased with the commitment, enthusiasm and cross-functional teamwork that my Kansas City Southern colleagues have demonstrated in the early stages of executing Precision Scheduled Railroading principles. Together we are building a more consistent, reliable and resilient network that is positioned to deliver excellent customer service and strong operating leverage as volume and revenue growth improves.”

“KCS posted record revenues, EBIT, OR, and adjusted EPS, results that were fueled by an improved operating environment in Mexico and PSR efficiency gains,” noted Cowen and Company Managing Director and Railway Age Wall Street Contributing Editor Jason Seidl. “OR outlook was modestly improved, revenue outlook was maintained and volume guidance was lowered, though we believe this wasn’t a surprise. We are raising our estimates and price target and reiterating our Outperform rating. KCS reported adjusted EPS of $1.64, above our $1.56 forecast and consensus’ $1.61. The Class I reported revenue of $714 million, up 5% y/y and above our and consensus’ $707 million and $706 million estimates, respectively. Adjusted operating income of $259 million was above our $250 million estimate and the Street’s $257 million. Adjusted OR was 63.7%, 30bps improved y/y, 90bps better than our estimate, but 10bps worse than the Street’s estimate. We note that the adjusted EPS, operating income and OR reflect adjustments primarily for one-time restructuring charges related to PSR implementation. These figures no longer include the favorable effects of the Mexican fuel excise tax, though, as KCS is no longer the beneficiary of this credit following an adverse ruling by the Mexican government announced in its April 30 8-K. Management modified its 2019 volume guidance to “flat to slightly down” from the 2%-3% growth  they guided to on the 1Q19 call. That  said, KCS continues to maintain  revenue growth and long-term EPS guidelines, and even slightly improved its OR outlook to “the low end of 60% – 61% range by 2021,” from just “the 60% – 61% range by 2021.” We believe that KCS, like  peer Union Pacific, which  also lowered  volume guidance, will benefit from continued efficiencies from  Precision Scheduled Railroading (PSR) implementation, which will help offset the lower volume and contribute to OR improvements. In fact, with both carriers reporting better than expected 2Q19 results, we believe investors can now breath the proverbial sigh of relief and concentrate on the longer term benefits of the new operating models. Lastly, KCS lowered  full-year capex guidance to below $600 million from $640 million-$660 million, which will result in even more cash generation. As we noted in our March 21, 2019 report Rails Becoming a Better Cash Flow Story, the rails implementing PSR—Norfolk Southern, UP, and KCS—could benefit from mid-single digit percentage increases in cash flow in 2019, and double-digit increases in 2020, as they are poised to benefit from the capex reduction that accompanies PSR implementation, (along with additional capex reduction as PTC startup costs conclude).”

For a perspective on the current concentration on operating ratio, see: