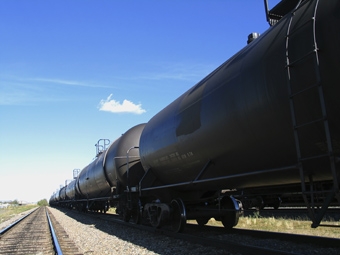 “We are pleased with Transport Canada’s sensible approach of expediting the rulemaking process for tank car standards, to help provide greater certainty in the rail car marketplace,” Hamberger said in a statement.

“We support the Canadian government’s proposed improvements to flammable liquid tank cars, as AAR has long supported added jackets, thermal protection, thicker steel, full-height head shields, as well as additional top and bottom outlet protection,” Hamberger added. “These are important protections to both help mitigate the potential for rupture of a tank car, as well as limiting the severity of an incident.”

Hamberger’s comments followed Transport Canada’s proposal, issued earlier Wednesday, March 11, that seeks to further upgrade TC-117 tank car standards announced last July. The proposal would require Canadian shippers to upgrade tank cars to TC-117 standards by 2025. Older DOT-111 cars currently are being replaced in Canada by CPC-1232 cars, but even these would be phased out by 2025, depending on whether they are jacketed or not, under the proposed standards.

The latest upgrades call for improved shields at the top of the tank car to better cover the pressure release valve from damage in a derailment. A full shield to protect either end of a tank car from puncture would also become mandatory. A thermal shell to better shield tank cars from fire would also become mandatory. Steel thickness of each car would be increased from 7/16 inch to 9/16 inch.

Transport Canada has been reviewing tanker safety since the Lac-Mégantic tragedy that killed 47 people on July 6, 2013. Subsequent incidents in Canada and the U.S. have put increased public and political pressure on both nations’ regulatory agencies to address the issue of crude by rail (CBR). 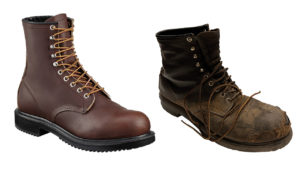