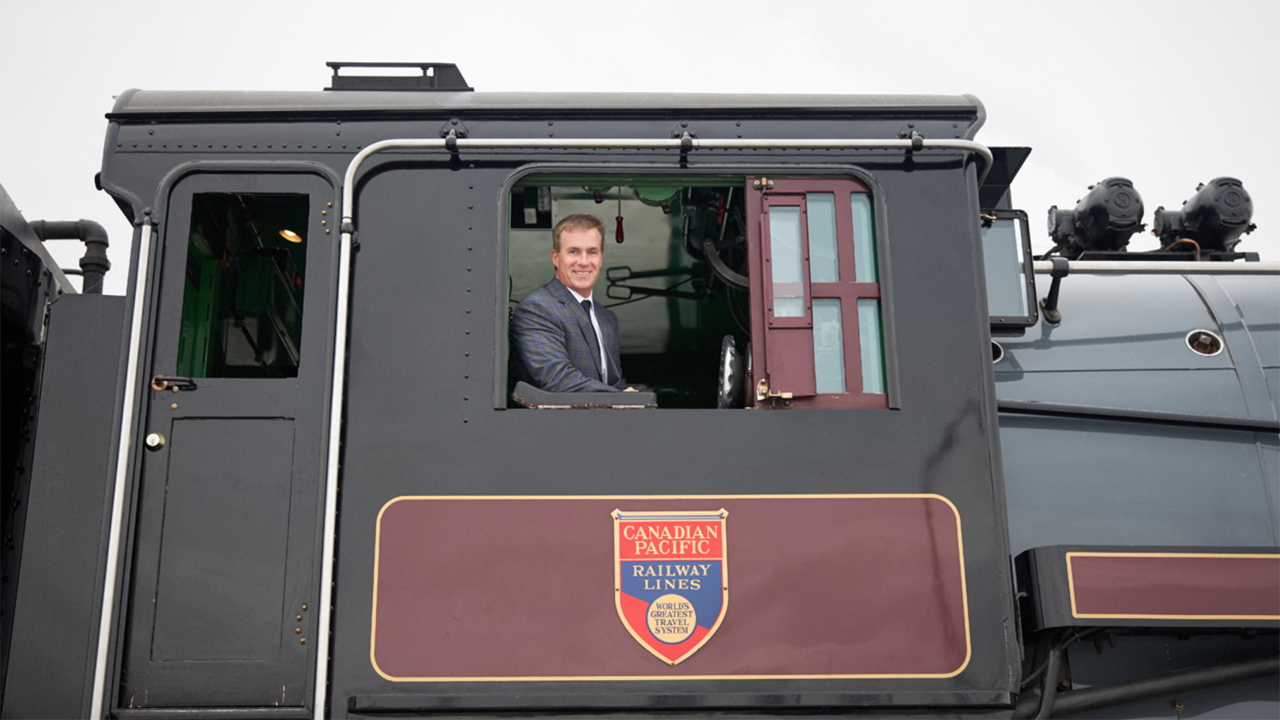 The Globe and Mail’s Report on Business magazine has named Canadian Pacific (CP) President and CEO Keith Creel one of five CEOs representing “the best of Canadian corporate leadership, innovation, vision and responsibility” in 2021, plus overall CEO of the Year.

The honorees are featured in the December 2021 issue of the monthly magazine from Toronto-based Global and Mail.

In addition to being recognized as overall CEO of the Year for 2021, Creel earned the Strategist of the Year award, which honors a CEO “whose bold decisions have materially changed and improved the strategic position of his or her business,” according to Report on Business.

Creel, who is Railway Age’s 2021 Railroader of the Year, became CP President and CEO on Jan. 31, 2017. He is the 17th person to lead the company since its founding in 1881. Creel was appointed President and Chief Operating Officer in February 2013 and joined the CP Board of Directors in May 2015.

Prior to CP, Creel served as Executive Vice President and Chief Operating Officer for CN, and held various positions at the Class I. Creel began his railroad career at Burlington Northern Railway in 1992 as an Intermodal Ramp Manager in Birmingham, Ala. He also spent part of his career at Grand Trunk Western Railroad as a Superintendent and General Manager, and at Illinois Central Railroad as a Trainmaster and Director of Corridor Operations, prior to its merger with CN in 1999.

Creel holds a Bachelor of Science in marketing from Jacksonville State University and also completed the Advanced Management Program at the Harvard Business School. He has a military background as a commissioned officer in the U.S. Army, during which time he served in the Persian Gulf War in Saudi Arabia.

The other four winning CEOs are:

“It is my honor to accept this award on behalf of the entire CP family of railroaders,” CP President and CEO Keith Creel said. “Leading the dedicated people who make this iconic company run safely and efficiently is one of the great privileges of my life. Tremendous work has been done by many to generate a once-in-a-lifetime partnership with Kansas City Southern.”

“Keith is a focused, extraordinary leader with unwavering determination,” said CP Board of Directors Chair Isabelle Courville. “We are proud to have him leading our iconic Canadian company as we move forward with this historic opportunity to create the only single-line rail network linking the U.S., Mexico and Canada, bringing with it new transportation options that will grow the North American economy.” (For more, read: “Mexican Authorities OK CPKC.”)

“More than ever, it’s important to highlight extraordinary leaders and their strategies for success,” Report on Business Editor James Cowan said. “These five individuals set an example for others to follow.”