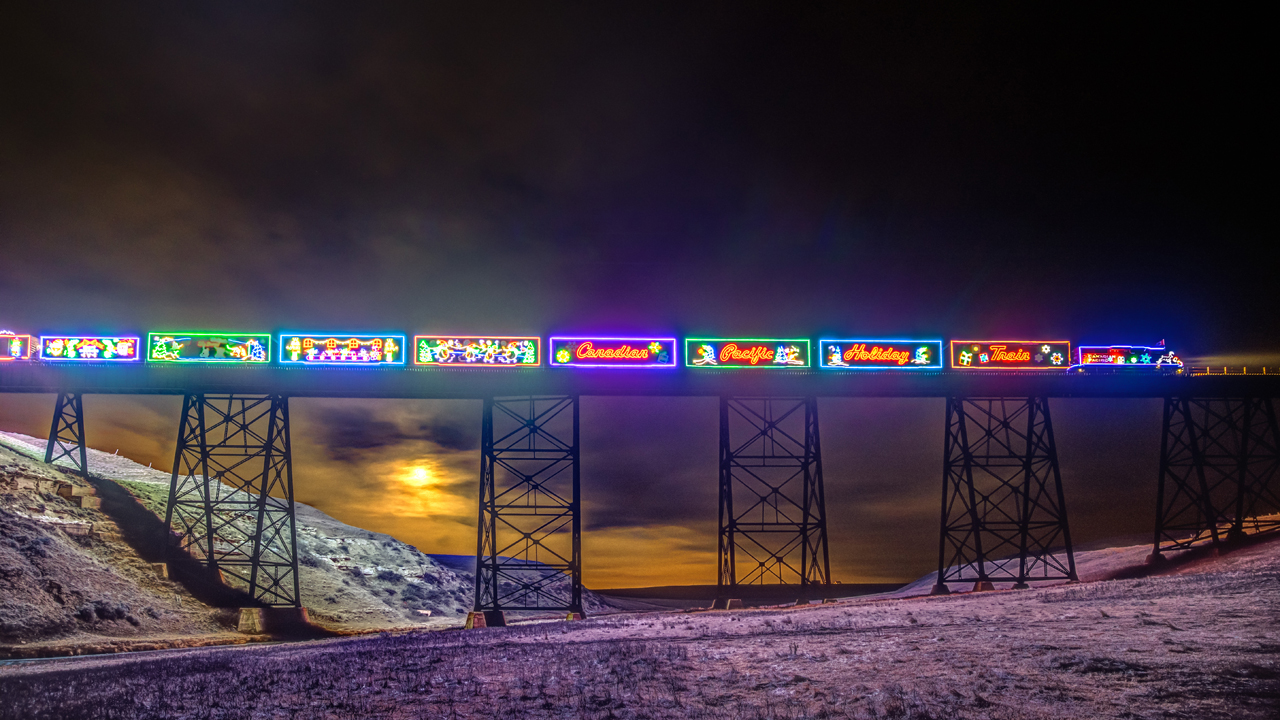 The Canadian Pacific (CP) Holiday Train has completed its 24th year, raising more than C$1.3 million and collecting 121,000 pounds of food for local food banks and food shelves so far, with final numbers still being calculated, the Class I reported on Dec. 22.

Since its inaugural journey in 1999, the CP Holiday Train has raised more than $22.4 million and collected 5.15 million pounds of food, CP said.

After returning to the rails this season on its first cross-continent tour in three years, following virtual concerts in the pandemic years of 2020 and 2021, the CP Holiday Train program drew crowds in the thousands to free concerts in 168 communities.

“We are overjoyed with the support we received from people across the CP network who came together to celebrate the season while braving the elements in support of their community and those in need,” said CP President and CEO Keith Creel. “We are reminded how important the CP Holiday Train program is for communities and we were thrilled to be back in support of the critical work that local food banks do across Canada and the U.S.”