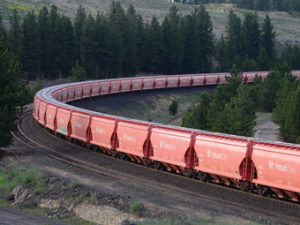 One of railroading’s least-recognized commodities found itself in the global spotlight this summer. On July 30, Russian potash producer Uralkali announced it was severing ties to the Belarusian Potash Company, a joint marketing venture with rival producer Belaruskali. Uralkali’s exit was in response to Belaruskali making independent sales of potash to China.