Chicago’s Metra has proposed a $900 million operating budget and $263 million capital budget for 2022; there is no fare increase. 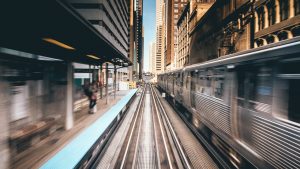