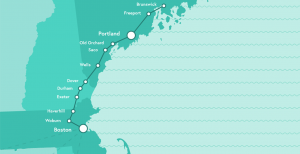 The Northern New England Passenger Rail Authority (NNEPRA) announced today that the Amtrak Downeaster achieved record-breaking ridership of 574,404 passengers in 2019, a 7.8% yearly increase. The previous ridership record of 546,056 passengers was set in 2017. 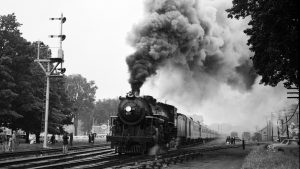 Rails vs. Trails: The Battle Continues

Occasionally, rail advocates and bicycle advocates agree on an issue, such as placing bike racks on trains, if there is enough room for them. Often, though, relations between the two constituencies are stormy. In fact, they can be downright adversarial, especially if the right-of-way over which they stake their competing claims is not wide enough to accommodate both a rail line and a bicycle trail. The two sides have been engaged in battles around the country for years.