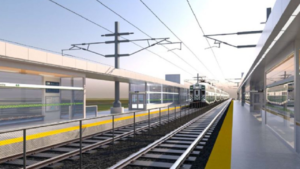 ONxpress Transportation Partners has signed the project agreement for the On-Corridor Works Project of the GO Expansion program following a procurement process led by Metrolinx and Infrastructure Ontario.

Alstom recently completed delivery on a major rapid transit railcar order for Société de Transport de Montréal (STM), which, like RATP in Paris and Sistema de Transporte Colectivo (STC) in Mexico City, uses rubber-tired vehicles. The 639 MPM-10 cars, configured in 71 carsets of nine and named “AZUR” (“Sky Blue”) by the public in 2012, were ordered from Bombardier and completed by Alstom. They entered service in 2016 and completely replaced the original MR-63 model. They feature an open gangway design similar to the Toronto Transit Commission’s Rocket cars, also built by Bombardier.

‘Every Region is Exciting’ 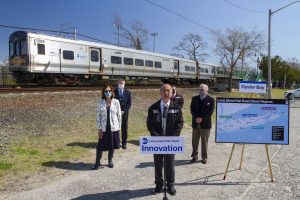 If all goes as planned, in about one year, MTA Long Island Rail Road will be testing a prototype “BEMU” (battery-electric multiple unit) that operates on third-rail power or batteries on the 13-mile, non-electrified Oyster Bay Branch. The program, a venture with Alstom, will be North America’s first test-of-concept of this application on commuter railcars.