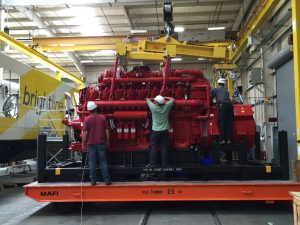 Brightline announced June 28 that it is celebrating another milestone in the building of its trainsets as it installed the Cummins prime-mover into its first diesel-electric Charger locomotive at the Siemens manufacturing facility in Sacramento, Calif. where the trainsets are being built.

Brightline, the privately funded high-performance passenger rail system currently under development by Florida East Coast Industries subsidiary All Aboard Florida, provides this preview of the locomotive and passenger coaches under construction at the Siemens manufacturing plant in Sacramento, Calif. 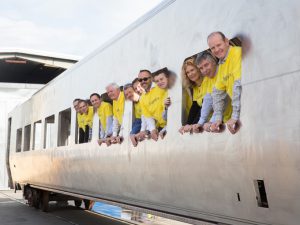 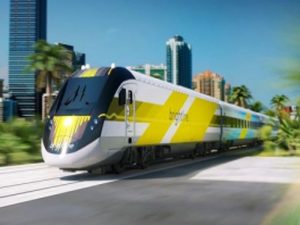 All Aboard Florida reveals Brightline brand

All Aboard Florida, the intercity passenger subsidiary of Florida East Coast Railway (FEC), announced on Nov. 9, 2015 that its Miami-Fort Lauderdale-Orlando service will be branded Brightline and also revealed the first artist’s impressions of the fleet of Siemens-supplied trainsets that will enter service when the first phase of the project is launched in mid-2017. 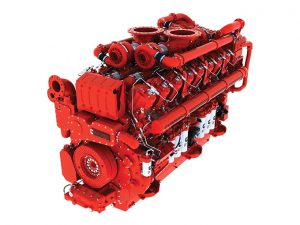 Cummins Inc. announced Oct. 2, 2015 that the first production 95-liter, 16-cylinder QSK95 engine built to a rail specification has been shipped. 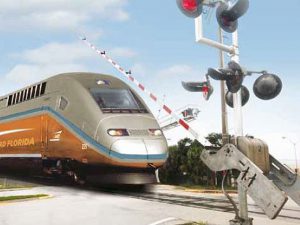 All Aboard Florida, the inter-city passenger subsidiary of Florida East Coast Railway (FEC), moved a step closer to completing financing for its Miami – Orlando service on August 5, 2015, when the Florida Development Finance Commission voted unanimously to allow the company to issue $1.75 billion in tax-exempt bonds. 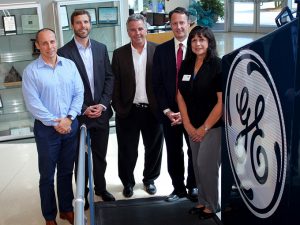 All Aboard Florida selects GE for signaling, PTC 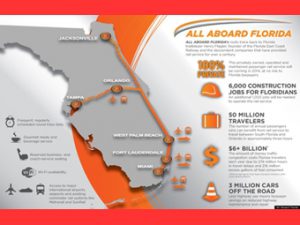 FRA releases All Aboard Florida DEIS for public comment