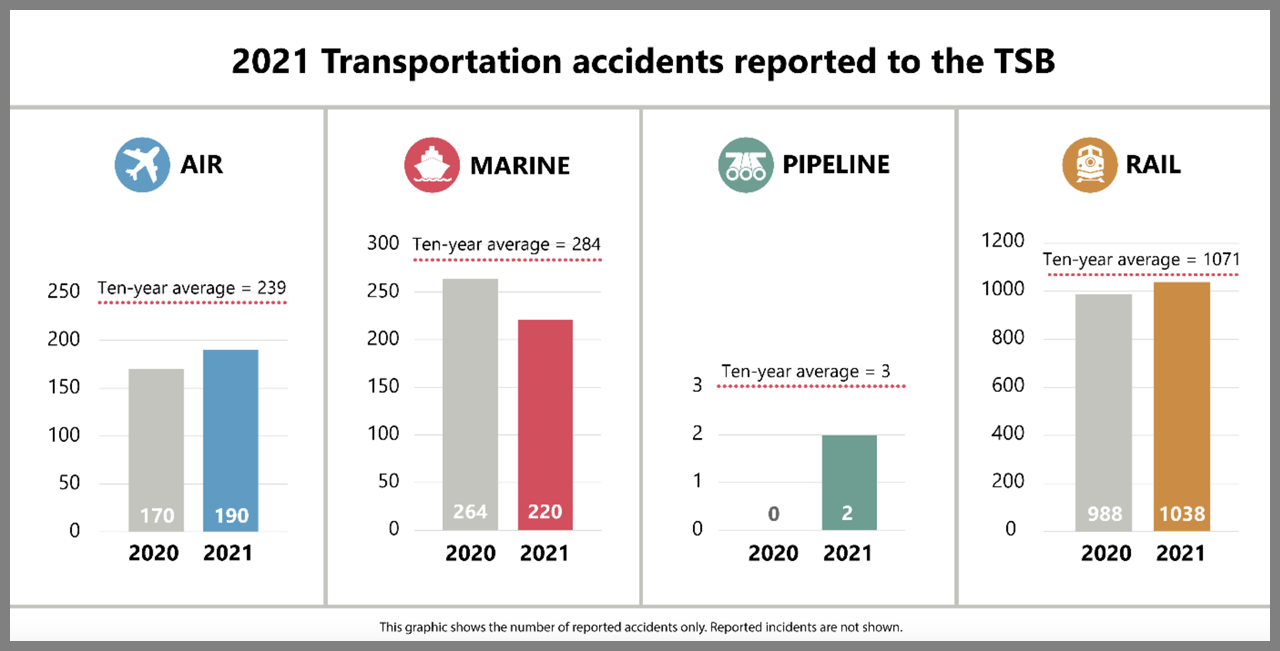 The Transportation Safety Board of Canada (TSB) has published its final annual statistics on accidents/incidents for the rail, air, marine and pipeline sectors for 2021. While total railway accidents were up 5% from 2020, they fell 3% compared with the 10-year (2011-20) average.

TSB gathers and uses transportation occurrence data during its investigations “to analyze safety deficiencies and identify risks in the Canadian rail transportation system,” according to the independent agency.

(For all rail data, scroll down for the statistical summary report.)

Among the 2021 statistics for the other transportation modes:

• There were two pipeline accidents. These were the first accidents since 2018 and are less than the previous 10-year average of three accidents per year.