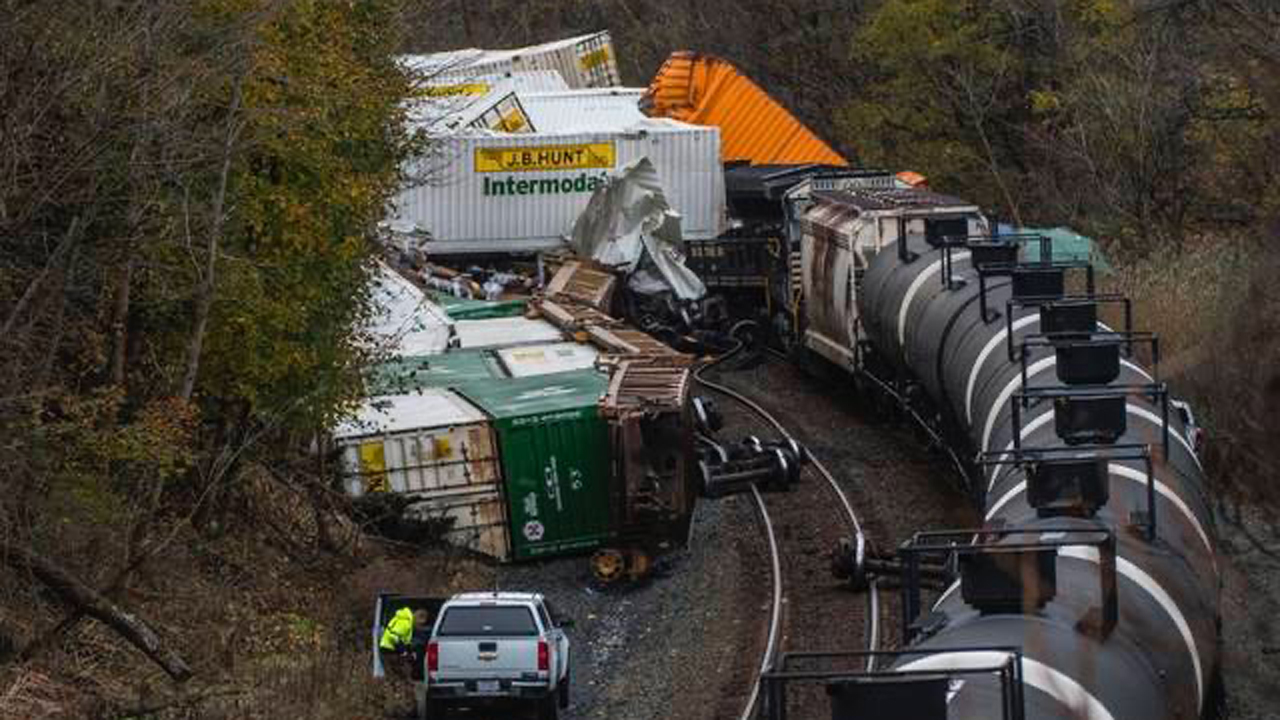 Three Norfolk Southern freight trains were involved in a Nov. 8 derailment in Hempfield, Pa., about three miles east of Greensburg, Pa. (near Pittsburgh), on the high-density Pittsburgh-Philadelphia double-track main line. There were no injuries and no hazmat spills. NS restored service on both main tracks early Nov. 10. The cause of the derailment remains under investigation.

The railroad is equipped with PTC (Positive Train Control) that has not yet been activated. However, PTC would not necessarily have prevented this restricted-speed collision, per the current regulation. This is because PTC enforces a railroad’s maximum restricted speed (15/20 mph), but is unable to determine the exact position of obstructions ahead (a stopped train, broken rail, improperly lined switch, etc.). PTC also cannot determine “half the range of vision” for a railroad’s restricted-speed rule. Based on Federal Railroad Administration RSAC (Railroad Safety Advisory Committee) proceedings, the acknowledgement was that PTC would mitigate the severity of restricted-speed accidents.

The current version of PTC, which is mandated to be fully implemented in the U.S. by Dec. 31, 2020, does not, through an EOT (end-of-train device), determine the position of the rear of a train and transmit that telemetry to a following train via the wayside and central office PTC equipment. As well, it will not prevent certain low-speed collisions caused by permissive block operation (more than one train in a block), accidents caused by trains “shoving” in reverse, derailments caused by track or train defects, grade crossing collisions, or collisions with previously derailed trains. Where PTC is installed in the absence of track circuit blocks (“dark territory”), it will not detect broken rails, flooded tracks, or debris fouling the right-of-way.

Such features as described above may be incorporated into the next generation of PTC, so-called “PTC 2.0.”