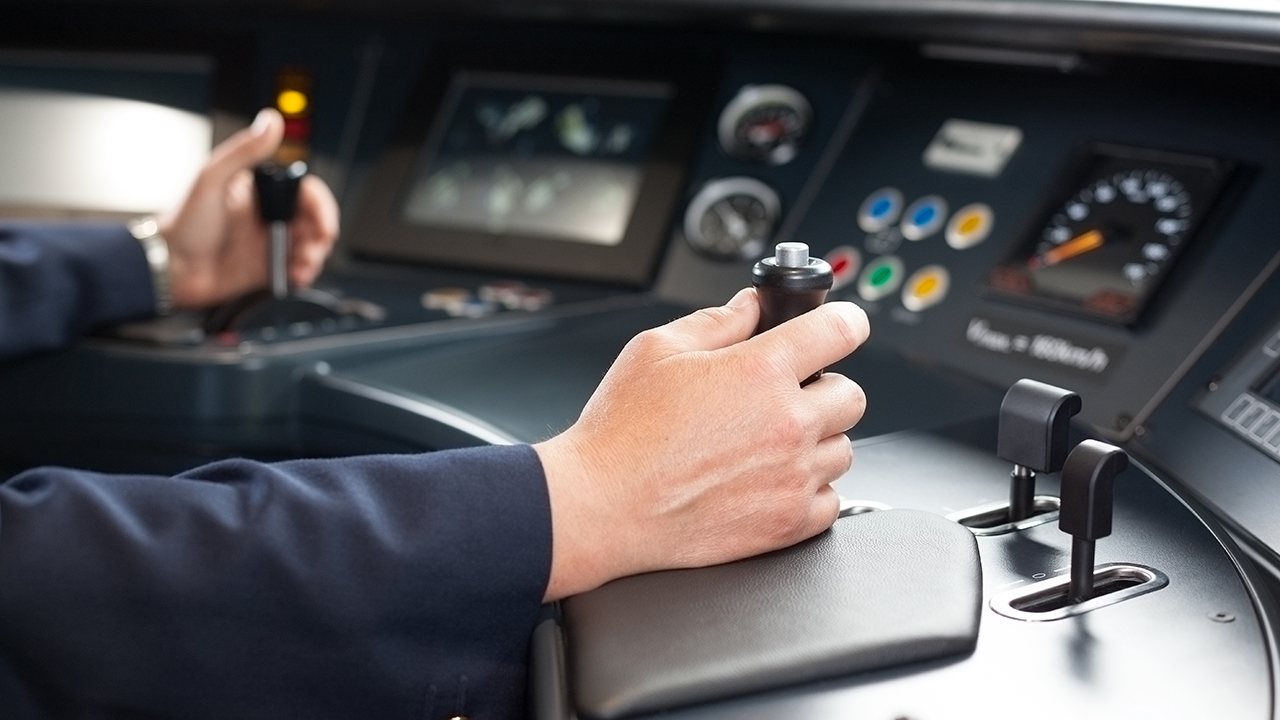 Requirements for safety-relevant Human Machine Interfaces (HMIs) for train operators are becoming more common around the world. The evolution toward safety-relevant HMIs for train control is already well under way in Europe and Asia, most notably as part of the widespread adoption of the European Train Control System (ETCS), with more than 50,000 miles of the worldwide rail network equipped or contracted to be equipped with ETCS (8). While HMI safety requirements have not yet become widespread in North American rail applications, the anticipated re-emergence of HMI safety requirements could soon be an example of history repeating itself.

Over time, the advancement of HMI and automatic train control (ATC) technologies contributed to a general reduction in the safety responsibilities of both the train operator and the train control display. As LED indicator light point array and eventually full electronic displays emerged, lighting technology made safety checking more difficult. ATC systems provided increased automation and protection against train operator errors that previously would have led to collision or derailment. Safety functionality was increasingly allocated to safety-critical controllers onboard the train and along the wayside while being removed from the display itself. The logic in easing safety requirements of the display was simple: “If the ADU is wrong, the ATC will still respond safely.”

HMIs used with ATC systems may be referred to by a variety of acronyms including ADU, CDU (cab display unit), DMI (driver machine interface), SDU (signal display unit), TOD (train operator display), OCD (onboard cab display), etc. Regardless of name, these HMI devices typically provide continuously updated speed and movement information, used by the train crew for purposes of complying with movement authorities and bulletins. Other examples of onboard HMI functionality include:

These functions vary in criticality: Performing a departure test may generally be regarded as not safety-critical, while manually entering operational data that affects braking algorithms or inputting information that factors into the determination of train location or movement authority limits could potentially have significant safety implications.

Considerations of safety-relevant HMIs have been under way in the industrial automation and process control industry in the past and are more recently being explored in the automotive industry (1, 2, 6). These considerations are largely driven by the ubiquitous increase in system functionality and complexity mentioned above and an increasing acknowledgment of the criticality of human machine interfaces in system design (2, 7).

Railroads in other countries around the world are also requiring train operator displays to ensure safe operations for both display (machine to human) and input (human to machine) functions. This includes ETCS, one of the largest and most complex interoperable train control systems in the world. ETCS is a publicly standardized, multi-supplier system which is deployed not just in Europe but in many other countries such as China, Saudi Arabia, South Korea, and Australia – making it one of the most robust international train control standardization efforts in history.

In North America, rail operators that have implemented ATC systems, such as Positive Train Control (PTC) and Communications-Based Train Control (CBTC), over the past 20 years, typically have not included Safety HMIs because they were not required to do so by any regulatory agency and did not identify benefits that warranted the cost.

European Union rail policy is geared toward the creation of a safe and interoperable “Single European Railway Area.” In 2004, the EU established the European Union Agency for Railways (ERA) which was given the responsibility of developing the technical and legal framework for creating the Single European Railway Area. ERA is the design authority for the European Rail Traffic Management System (ERTMS), which is a single interoperable control, command, signaling and communication system. ERTMS includes ETCS, which is a cab-signaling system that incorporates ATP (automatic train protection), GSM-R (Global System for Mobile communications for Railways) and operating rules. The EU intends for ERTMS to reduce purchasing and maintenance costs of these systems while increasing train speed, infrastructure capacity and safety level.

UNISIG is an industrial consortium that works with the ERA to develop, maintain and update the ERTMS/ETCS technical specifications. Eight companies—Alstom, AŽD Praha, Bombardier, CAF, Hitachi Rail STS, MERMEC, Siemens, and Thales—are Full Members. Technical specifications for ETCS and GSM-R are published in the Control Command and Signaling (CCS) Technical Specification for Interoperability (TSI), which includes mandatory and informative specifications.

The CCS TSI mandatory specifications include quantitative safety requirements for Driver-Machine Interface (DMI) functions. The quantitative safety requirements are provided in terms of a Tolerable Hazard Rate (THR), which is in units of failures per hour, calculated by UNISIG in the Functional Safety Analysis of ETCS DMI for ETCS Auxiliary Hazard (3). The Functional Safety Analysis identifies several dozen DMI hazardous situations and uses event tree analysis to derive THR requirements for these hazards, considering the consequences of the hazards and barriers to their occurrence. The THR requirements were then used to derive a corresponding safety integrity level (SIL) according to EN 501295.

With high-speed rail projects under way in California and Texas, and under consideration in other parts of the country, it is possible that Safety HMIs may appear in the final solutions for those projects. For example, the California High Speed Rail Design Criteria currently specifies an ATC system targeted to be equivalent to ERTMS. The FRA’s proposed rule of particular applicability (RPA) (9) for the Texas Central Railroad (TCRR) notes that TCRR intends to implement a high-speed passenger rail system based upon the Tokaido Shinkansen and its N700 series trainset. While these HSR projects are planned to be completed several years from now, other projects that are more applicable to the North American rail industry today and the years to come are those involving PTC.

For more than a decade, North American railroads worked to meet the PTC deadline required by the Rail Safety Improvement Act of 2008, which was original set for Dec. 31, 2015 and ultimately extended to a final deadline of not later than Dec. 31, 2020. Now that most North American railroads have successfully achieved FRA safety certification of their initial PTC implementations, the railroads are exploring ways to further enhance operational and safety benefits of PTC. Safety requirements are therefore likely to increase. PTC 2.0, elimination of train orders via radio, increasing prevalence of international supply chain and international standards may all contribute to this trend. The distribution of costs and efforts to improve system safety will be a function of mitigating the most hazards at the lowest cost, which is also influenced by the availability of affordable and proven solutions.

PTC systems typically include an HMI, mounted in the locomotive cab, which displays continuously updated speed and movement information. The train crew uses this information to maintain awareness of train speed and location for purposes of complying with movement authorities and bulletins.

Examples of safety-critical PTC functions include location determination, speed enforcement, switch protection, temporary speed restriction protection, consist determination, and movement authority protection. Some of the existing safety-critical functions have been assessed in the railroads’ safety documentation as vital while others have been assessed as non-vital. Some obvious targets for safety enhancement are safety-critical functions that were initially assessed as non-vital because they did not fulfill the criteria for vital systems mentioned above. The railroads may look to make these previously non-vital functions vital by implementing a variety of onboard, office, wayside, and/or communications solutions.

Because the onboard PTC display is a potential contributor to several potential hazards, a safety HMI could be implemented to enhance the safety of several non-vital functions. Hazards could result from false button press inputs which provide the onboard controller incorrect:

Undoubtedly North American ATC systems will continue to evolve, driven by a desire to increase functionality, safety and operational efficiencies. Safety HMIs represent an example of technological advancement that may help railroads to leverage innovations to their advantage. As ETCS-based railroads have already deployed tens of thousands of such applications, the risks of new technology introduction are largely mitigated. Our industry aspires to continually improve safety and efficiency for the future; with safety-relevant HMI devices, the future may have roots in the past. 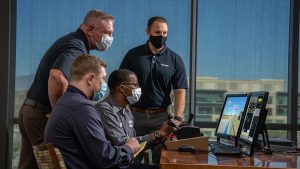