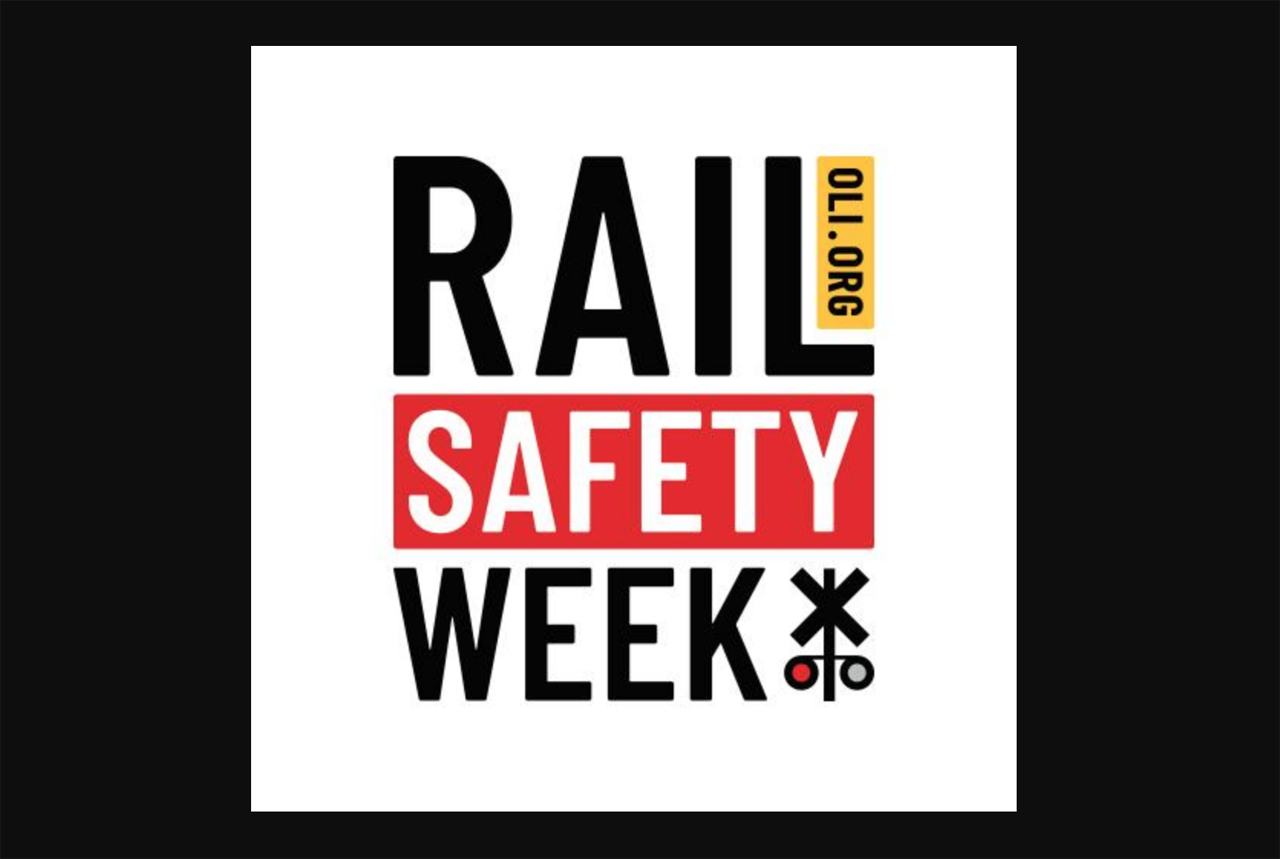 The campaign features videos telling stories of people affected by grade crossing or trespassing incidents, including victims, friends and family members, locomotive engineers, and first responders. (The full campaign can be viewed here.)

Current Federal Railroad Administration (FRA) data shows that highway-rail grade crossing collisions and pedestrian trespass on tracks together account for over 95% of all railroad fatalities.

“Safety is an endless commitment of the FRA with an unwavering goal of zero fatalities by the movement of people and goods in our nation’s rail system,” Federal Railroad Administrator Ronald Batory said this week. “We appreciate Operation Lifesaver’s continuing partnership toward this shared goal.”

“Safety is the number one priority for the U.S. Department of Transportation and the Federal Transit Administration (FTA),” FTA Deputy Administrator K. Jane Williams said. “Rail Safety Week is an important opportunity to encourage safe behavior by being alert at all times around rail crossings.”

The campaign will be promoted through a variety of initiatives this week. (See below for more details.)

The theme for today’s events (Sept. 22) is “Virtual Operation Clear Track.” Some 368 law enforcement agencies, first responders and emergency departments nationwide are sharing rail safety messages through social media and email and on their websites. Amtrak Police is leading the effort.

“The first responders who signed up this year to electronically share our rail safety message are the same men and women who report to the scene when a railroad incident occurs,” Amtrak Police Chief Sam Dotson said. “They know better than most, the tragic aftermath of these calls, and are our best ambassadors when it comes to warning the public about the deadly consequences of ignoring state grade crossing and trespassing laws. We hope communities pay attention to their voices and choose to do the right thing around trains and train tracks daily.”

Following are among the freight and passenger railroads and other groups participating in Rail Safety Week:

• Union Pacific (UP) is collaborating with Safe Kids Worldwide and Herschend Entertainment Studios (the franchise owner of preschool TV series Chuggington) to help families understand the importance of safety.

The partners have launched a new, interactive infographic encouraging drivers and pedestrians to “ReTrain Your Brain.” It is part of a nationwide social media campaign targeting teens and their parents.

UP and Safe Kids Worldwide have also teamed with Herschend Entertainment Studios and the stars of the animated series Chuggington: Tales from the Rails to educate young children about rail safety. Their campaign includes a new video; an accompanying Rail Safety Pledge; and free, downloadable activity sheets, as well as classroom posters and bulletin board décor.

“Nearly all rail-related fatalities and injuries are preventable,” UP Chief Safety Officer Erin Batt said during an announcement of UP’s efforts. “Our goal this week is to remind communities to stay alert around railroad tracks and avoid distractions, such as texting or talking on the phone.”

• The Association of American Railroads (AAR) is urging members to spread the word using the hashtags #RailSafetyWeek and #StopTrackTragedies on social media or re-sharing content from @olinational and @AAR_FreightRail, for instance.

“Fatalities due to highway-rail grade crossing collisions and passenger trespassing are the single most persistent rail safety challenge—and tragically, they are almost always preventable,” AAR President and CEO Ian Jefferies said. “While we have made meaningful progress, Rail Safety Week is a time to redouble our efforts to educate the public on staying safe near the tracks. Together, we can save lives.”

• CSX is leveraging digital platforms and social media to educate communities across its 23-state network. “At CSX, we are committed to the safety of our employees and communities, and our participation in Rail Safety week is a demonstration of this commitment,” Chief of Police Sean Douris said. “Our goal is zero accidents, so just one collision involving a pedestrian or vehicle is too many. We believe education is one of the best tools to prevent these types of accidents and we are working hard to reach as many people as possible with information that encourages safe behavior near railroad tracks.”

• Virginia Railway Express (VRE) has installed solar-powered variable messaging boards at seven crossings along its Fredericksburg and Manassas commuter rail lines. “While the pandemic is preventing VRE staff from interacting with drivers and pedestrians at rail crossings as we have done in the past, it is not deterring us from sharing important rail safety messages with them,” VRE CEO Rich Dalton said. VRE is also joining its host railroads, CSX and Norfolk Southern, in a social media blitz. VRE’s campaign includes a video PSA that OLI produced in collaboration with VRE last year.

• The Colorado Department of Transportation is providing warnings and stressing the importance of rail safety to residents through its own video messages: click here and here. In 2019, four people were killed and seven were injured in 28 vehicle-train crashes in Colorado; since 2010, there have been more than 265 train crashes at railroad crossings in the state.

• CN’s police service will be out in communities across the network this week—in compliance with COVID-19 protocols—to raise awareness. “2020 has been a challenging year for everybody, but it’s important to remember that the coronavirus is not the only danger out there,” CN Chief of Police and Chief Security Officer Stephen Covey said. “As an essential service, railways have been an important part of most people’s lives and the supply chain whether it’s transporting goods, for travel or for transportation. Each year more than 2,100 North Americans are killed or seriously injured in rail crossing and trespassing incidents. Rail safety is everyone’s responsibility, year-round. We’re asking everyone to keep this in mind, not just for this week, but throughout the year.”

• Operation Lifesaver Canada has released new safety decals to mark Rail Safety Week. Municipalities can identify locations where the bright yellow and black decals can be installed near crossings in their communities to make pedestrians, cyclists and drivers more aware of the need to be vigilant. Each decal features a black silhouette of a train and the words “Look. Listen. Live.”

In addition, the U.S. Department of Homeland Security has designated Sept. 25 as national “If You See Something, Say Something®” Awareness Day. The campaign works with partners year-round to educate the public on suspicious activity reporting. Transit agencies nationwide, for instance, have had ongoing campaigns that encourage riders to report incidents or concerns. Among them: Bay Area Rapid Transit, which offers the free BART Watch mobile app so users can “quickly and discreetly report criminal or suspicious activity directly to BART Police.” They can send text descriptions as well as pictures, and select from a list of locations and categories to assist the police in their response.

Thursday, Sept. 24: Transit Safety Thursday, showcasing how to stay safe as a rail or transit rider.

Friday, Sept. 25: Wearing red or “Red Out” for rail safety to show support for safety near tracks and trains.

Saturday, Sept. 26: Trespass prevention, educating pedestrians about the dangers posed by being on or near the tracks.

Sunday, Sept. 27: No photos on tracks messaging, underscoring the risks of illegally taking photos or videos, or filming on tracks, for professional and amateur photographers.