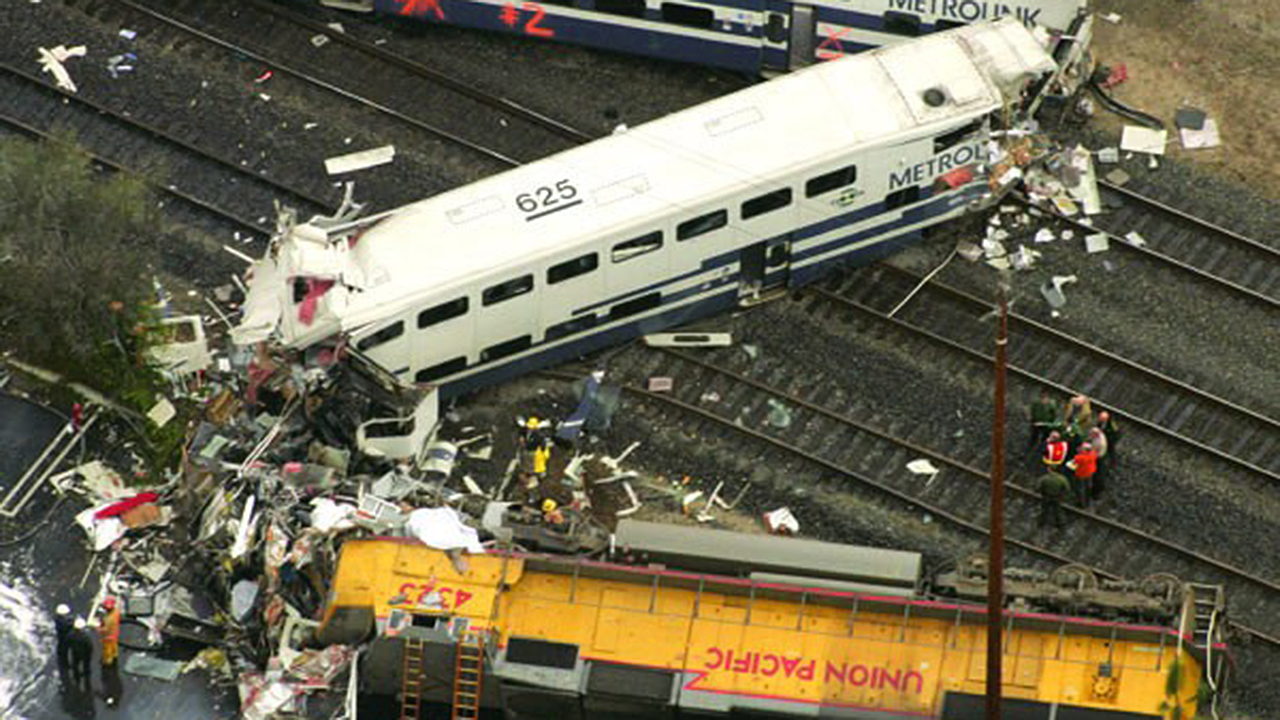 In Chatsworth, there was no failure of the method of train control. The block signal system worked as intended. The interlocking signal properly displayed “stop” for the approaching Metrolink train. And … and so what? Forty-seven mph head-on into the Union Pacific freight train operating properly in accordance with the signal indication. Human error? Or vulnerability of the system to human error?

I’ve received some comments, what is called “feedback” these days, on my most recent post regarding NTSB’s report on a fatal incident on Amtrak’s Northeast Corridor.

Some of the commentators agree with my assessment of TAW ( Train Approach Warning) as an inadequate form of roadway worker protection, for which I am grateful. Some disagree with me, for which comments I’m equally grateful because at least people are reading and thinking about this. Disagreement is the source of progress, and by that measure I am one of the most progressive souls ever. Just ask anyone on any railroad I ever worked for.

I know I’m getting older and older and older, with less and less and less practical impact on any one railroad’s train operations. The truth, however, is that the same compulsions that motivated me then when I was younger (and better looking) still wind my clock—like 1) a sense of urgency, as in “we absolutely positively have to take care of this right now,” and 2) a bit of the excessive self-confidence, as in “we absolutely can do this better than we are doing it now.”

Those twins, the Gemini of my railroad career, compel me to take up TAW once again. If you read the NTSB report of the Amtrak fatality, you will come across this:

In the NTSB’s investigation of a June 10, 2017, accident in Queens Village, New York, in which the foreman of a work crew for the Long Island Rail Road was killed when he stepped into the path of an oncoming train, the NTSB found that “TAW regulations do not ensure protection for roadway workers to inspect and work on tracks where trains are allowed to continue to operate (NTSB 2020).” As a result of the Queens Village accident investigation, on May 14, 2020, the NTSB issued Safety Recommendation R-20-6 to the FRA:

Define when the risks associated with using TAW are unacceptable and revise Title 49 Code of Federal Regulations 214.329 to prohibit the use of TAW when the defined risks are unacceptable. (R-20-6)

This recommendation applies to all uses of TAW in all territories and is on the NTSB’s 2021-2022 Most Wanted List of Transportation Safety Improvements in the issue area “Improve Rail Worker Safety.”

On April 21, 2021, the FRA replied that it disagreed with R-20-6. The FRA stated that the findings from the Queens Village accident, which were the basis for this recommendation, were faulty. The FRA said that roadway workers involved in the Queens Village accident did not comply with basic requirements of FRA regulations governing TAW because they failed to occupy or even discuss a predetermined place of safety from oncoming trains. Therefore, the FRA stated that it believed that these failures were the cause of the accident, not the decision to use TAW.

The problem with that argument is that human error is the vulnerability of TAW, and that the risk of human error is not reduced with the use of TAW. It is multiplied, compounded.

Once upon a time, I was in Cairo, meeting with the Chief Engineer of the Egyptian National Railway (ENR). We were discussing the vulnerabilities of the British token-block system for train control, which is still in widespread use on the ENR. As our group broke down the method of token-block into steps of a process so we could explore the risk of failure in each step, the Chief Engineer said to me, “But as long as everybody follows the rules, the system works.” Ever the brash sort, I replied: “Mr. Chief Engineer, if everyone followed the rules, you wouldn’t have needed to call us in.” Fun fact: We were not summarily expelled from the railroad or the country.

We don’t have to go as far as Cairo if we want to see how this argument gets us nowhere in improving train operations.  We can go to Chatsworth, Calif. in 2008.

In Chatsworth, there was no failure of the method of train control. The block signal system worked as intended. The interlocking signal properly displayed “stop” for the approaching Metrolink train. And … and so what? The Metrolinx train went 47 mph head-on into the Union Pacific freight train operating properly in accordance with the signal indication. Human error? Or vulnerability of the system to human error?

The point is progress is made not solely or even mainly by eliminating failures, but by assessing and reducing vulnerabilities.

I used to think that TAW might have a place for use on single-track territory, where train speeds do not exceed 40 mph. I don’t think that now, because PTC, if installed, makes TAW unnecessary. The work being done under the “authority” of TAW has to be suspended, and the workers clear of the work site 15 seconds before a train enters the work site. Let’s say there are two workers being protected by the watchman, utilizing hand tools to replace rail fasteners (spikes or clips). It takes approximately 30 seconds for the workers to clear the track and reach a place of safety. Meaning a 45-second preview is required, which translates at 40 mph into a braking distance for freight trains of approximately 3,300 feet.

Now, is there any railroad in the country that cannot provide positive protection for roadway workers—provided the workers release the track, give up the foul time, with a minute’s notice? I wouldn’t want anyone to think that we in this country are alone using systems that might be vulnerable to risk when it comes to roadway worker protection.

The other day, an email showed up in my inbox from the Rail Accident Investigation Board of the United Kingdom. I have always argued and acted that a critical component of safe train operations is the clear, transparent, indisputable lines of authority. It’s the dinosaur in me, I know. Or is it? In this instance, the train was operated by Avanti West Coast Rail. The signaler is employed by Network Rail, but that’s only the beginning:

“The work on the platform was being undertaken on behalf of Northern Trains Ltd, the operator of Eccles station. It was contracted to TMT Commercial Contractors Ltd, which planned the white-lining task and employed the track workers. TMT Commercial Contractors Ltd. subcontracted the provision of safety-critical staff and the planning of the safe system of work to Trackwork Ltd. The COSS (controller of site safety) was a contractorwho was supplied toTrackwork Ltd by an agency, Spectrum Rail Ltd. He had been certified as competent to undertake the role of COSS for approximately ten years and regularly acted in the role. The COSS was also the nominated Person In Charge and therefore had overall responsibility for safely delivering the work.”

Am I alone in thinking that this is a recipe for disaster?