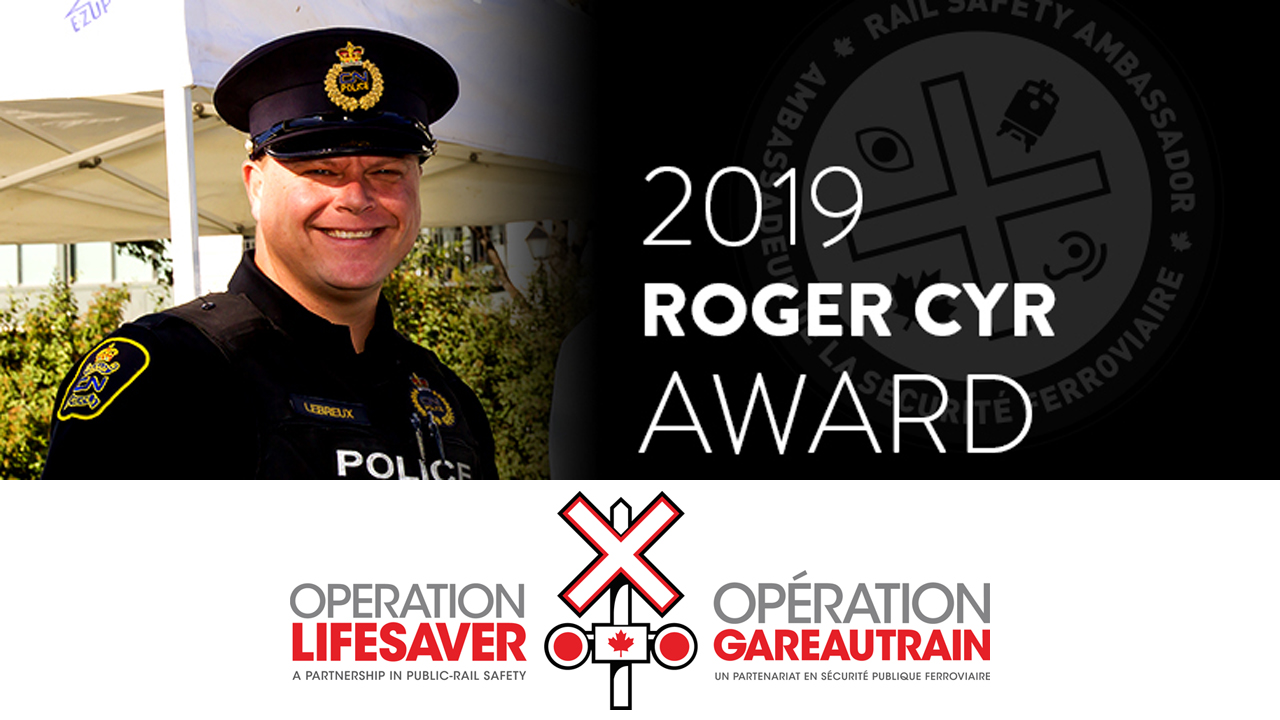 CN Police Constable André LeBreux is the recipient of Operation Lifesaver Canada’s 2019 Roger Cyr Award, which is presented annually to an OL Rail Safety Ambassador “who goes above and beyond in promoting rail safety.”

“Constable LeBreux most definitely fits the bill,” said OL Canada National Director Sarah Mayes. “André started volunteering with Operation Lifesaver as a teenager almost 20 years ago, and has remained dedicated to saving lives by spreading the rail-safety message. He works tirelessly to educate Canadians about the hazards around tracks and trains. We have no doubt that his dedication has prevented countless deaths and injuries over the years. He’s a true Rail Safety Ambassador, and is very deserving of the Roger Cyr Award.”

Constable LeBreux started as a community safety officer with CN Police’s Champlain Division in 2013. Over the past seven years, he’s taken part in more than 400 rail safety presentations in elementary and high schools. In 2017, LeBreux helped to establish a partnership with the Fédération Québécoise des Clubs Quads that led to the integration of a rail safety course in its driver training program. In 2019, he also spearheaded a new partnership with Tecnic, the largest driving school in Quebec, to promote rail safety. As a result, more than 40,000 rail safety brochures are now being distributed to new drivers in the province each year.

Operation Lifesaver Canada will present LeBreux with the Roger Cyr Award at a virtual ceremony at its Annual General Meeting in October.