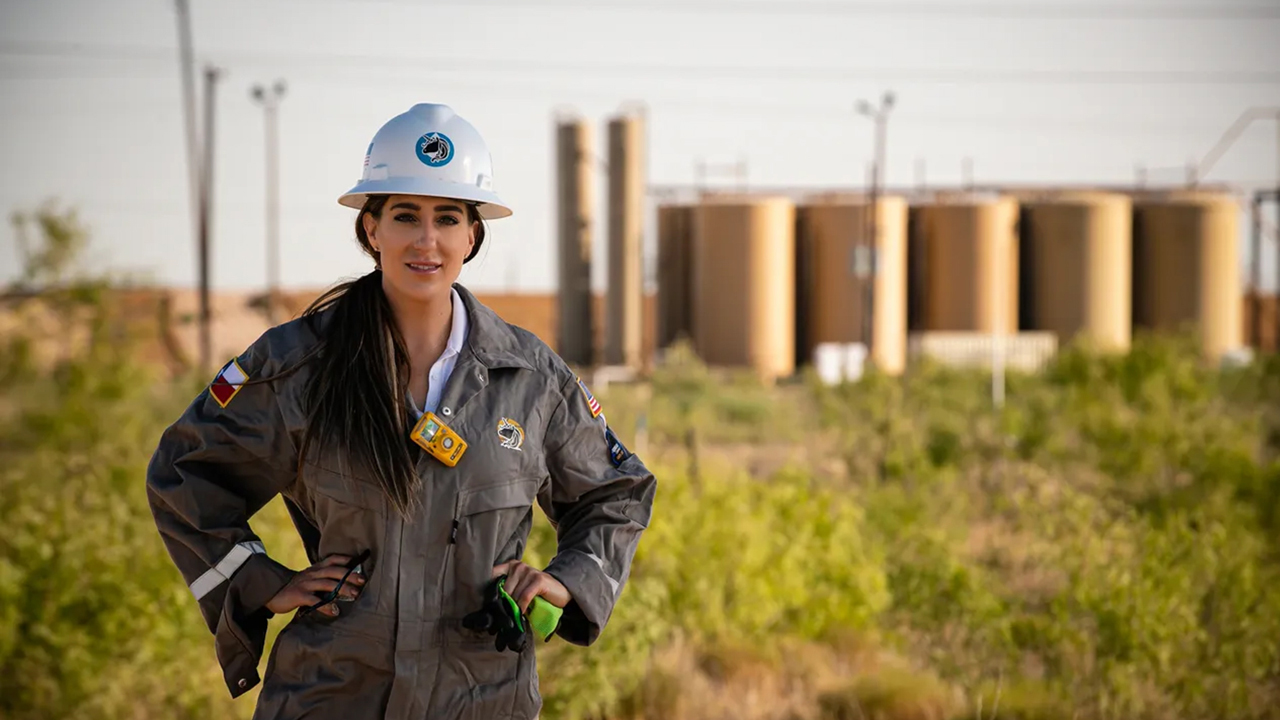 Among those on the Railroad Commission of Texas ballot is 37-year-old oil and gas attorney Sarah Stogner.

FINANCIAL EDGE, RAILWAY AGE MARCH 2022 ISSUE: Occasionally when the world is in chaos, someone steps up to remind everyone to try not to take themselves too seriously and remember what really matters.

The oldest regulatory agency in the state of Texas is the Railroad Commission of Texas (RCT), founded in 1891. Fortunately, (and you’ll see why below) the RCT has no governing authority over railroads and railroad activity. Unfortunately, it does have jurisdiction over other incredibly important matters such as the oil and natural gas industry and enforcement responsibilities for the Safe Drinking Water Act. There are three commissioners; one is elected every two years.

The RCT is the modern definition of a “clown college.”* Here’s why:

In 2022, the Chairman, Wayne Christian (a Grammy-nominated former gospel singer) is up for reelection. Christian is under investigation for corruption after receiving a $100,000 campaign donation from a party who received a permit for an oil field waste dump. Christian approved the permit against the recommendation of the RCT staff. Go figure.

Who is on the ballot against Christian? There is Marvin “Sarge” Summers, who died earlier this month on the campaign trail after crashing into a tanker truck in Midland but is still on the ballot. There is also Dawayne Tipton, a former oil field roughneck who has worked various oil-sector jobs including offshore drilling.

But the real star of the ballot is 37-year-old oil and gas attorney Sarah Stogner. Stogner (whose TikTok is @theunicornlawyer) released a not-safe-for-work TikTok video of herself, scantily clad, riding a pumpjack as a campaign stunt with the tag line: “They said I needed money. I told them I had other assets.” She’s pictured (above); the photo is from her campaign website. We chose (wisely) not to publish anything from her TikTok video. Google it if you’re that curious.

To the people of the Great State of Texas, well, all we can really say is that we are very, very sorry that so much power over systems that impact people’s daily lives are (or will be) in the hands of what New Jerseyans call “knuckleheads.” Suddenly, the Texas weather-related power debacle of 2021 makes a whole lot more sense. As they say, you can’t make this stuff up.

“What is necessary in North American rail is not more regulation. What is needed for railroads and consumers of rail service (and other core services for states like Texas) is better regulation and better regulators.”

One real takeaway underneath the steamy, salacious and trashy (three words strung together you thought you’d never see in Financial Edge) veneer is that the RCT needs a name change. More important, the RCT needs to be more accountable to its citizens, agencies and stakeholders.

What the RCT debacle shows is that the power and success of regulation is always dependent on the people, ideas and agenda of the regulator. What is necessary in North American rail is not more regulation. What is needed for railroads and consumers of rail service (and other core services for states like Texas) is better regulation and better regulators. Depending on the North American rail issue that hits the news wire on any given day—systemic service delays resulting from supply chain backlogs on the coasts; NIMBY mayors in suburban Illinois banding together to oppose the Canadian Pacific-Kansas City Southern merger; concerns about rail loadings growth and a traffic shift to trucks—someone might think more regulation is the proper answer.

Not being exposed to electoral publicity stunts is an especially good thing for an industry (yes, North American rail) working on redefining its image for the next generation. But instead of giving thanks, ask yourself: What is the message North American rail is laying out for the next decade? View the regulatory picture through that prism. Is it one of infighting and squabbling from an industry that has enjoyed anti-trust exemption for the better part of the past 100 years (a lesson learned apparently from the leadership of Major League Baseball)? Is it of a dirty industry unable to evolve to address growing concerns about greenhouse gas emissions? Is it of an industry that defines the prefix “un”—uncollaborative, unadaptive, unfazed, you get the point. If rail cannot define itself as a leader, then maybe we should be looking for the next pumpjack. Either that, or expect the regulatory politburo to continue to take shots at our industry.

The 2022 Rail Equipment Finance Conference is being held March 6-9, 2022. Next month’s Financial Edge will summarize the findings from the conference and highlight key takeaways. Railway Age’s Bill Vantuono will be on site at REF to highlight important findings from the conference. 80 degrees and sunny? Check! More than 320 attendees? Check! An agenda jam-packed with rail industry insiders discussing what they see happening in 2022? Check! See you in California.