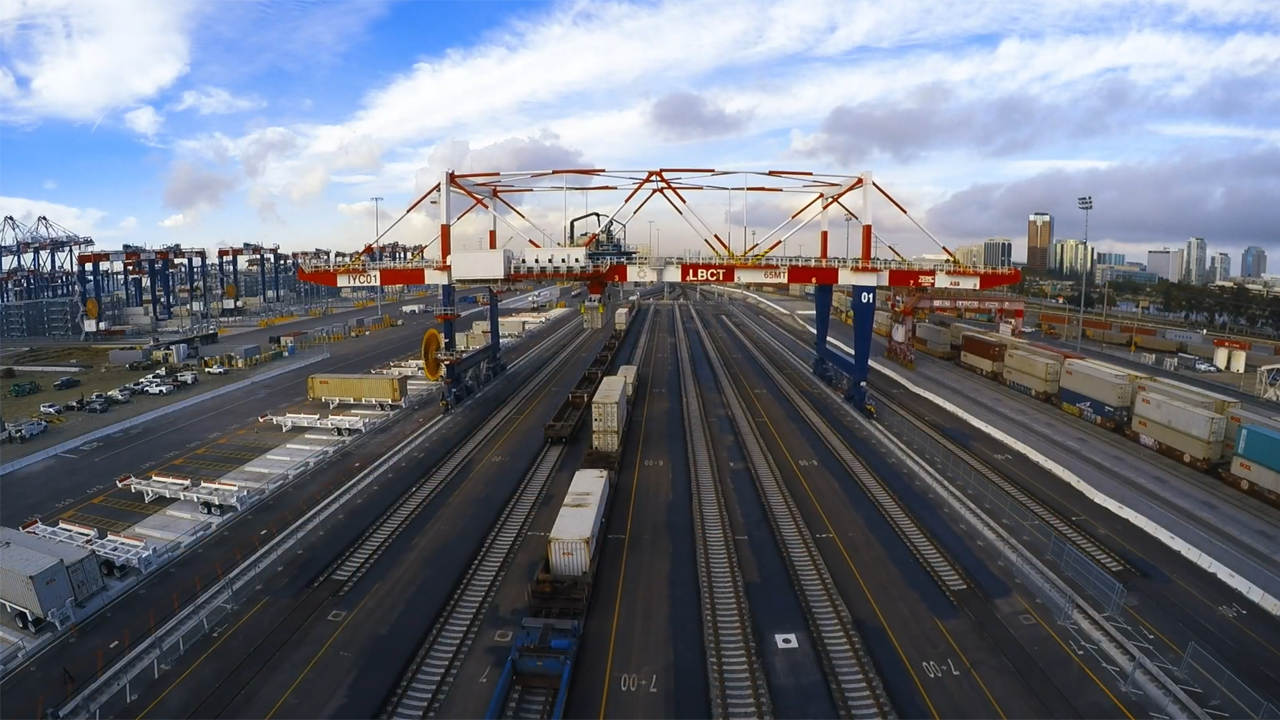 America’s Green Gateway Phase 1: Pier B Early Rail Enhancements Project at the Port of Long Beach, Calif., was awarded $52.3 million for a new locomotive facility and extension of the east and west rail yards.

The U.S. Department of Transportation (USDOT) will distribute more than $241 million in grants to 25 port facility improvement projects under the Maritime Administration’s Port Infrastructure Development Program (PIDP); six are rail-related and will receive a total of $86.22 million.

The rail-related port project recipients are:

• Infrastructure Improvements Project (Superior, Wis.): Awarded $8.37 million for repairs to an unused facility in the Port of Superior. The funding covers construction of a new sheet pile retaining wall, placement of tremie concrete behind the new wall to create a load-bearing surface, and installation of a concrete cap atop the new wall; rail and road work; and a stormwater management system, utilities, a shop and office building, and dredging.

• Port Bienville Rail Storage Yard (Bay St. Louis, Miss.): Awarded $4.14 million to construct a new yard that will add 130 additional storage spaces, which are “expected to increase the Hancock County Port and Harbor Commission’s storage capacity by 25% so that it can safely manage the current storage operations and address the current unmet storage demand,” according to USDOT. Two sets of storage tracks and a new rail siding will be installed.

“These investments will support the shift to cleaner transportation, which will create more economic activity and good paying jobs,” acting Maritime Administrator Lucinda Lessley said. “The Port Infrastructure Development Program is an important part of building back better for our ports, our communities, our economy and our people.”

Going forward, the Bipartisan Infrastructure Law (also known as the Infrastructure Investment and Jobs Act) will provide the program with $450 million annually for fiscal years 2022 through 2026, or a total of $2.25 billion. This is roughly the same amount of federal funding provided to ports under USDOT-administered grant programs since USDOT began providing funding to ports in 2009.